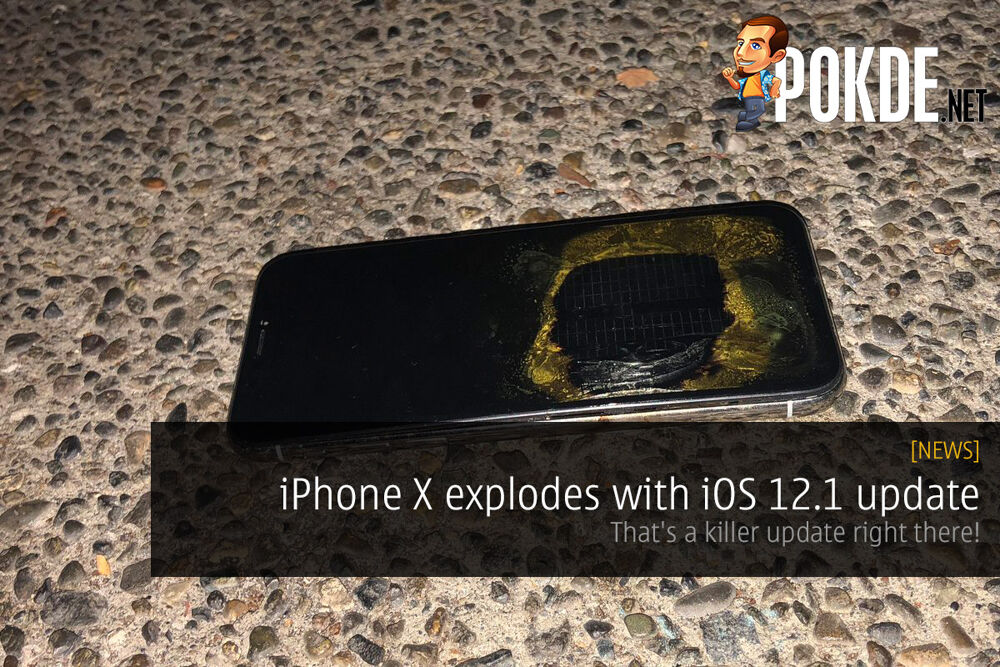 An iPhone X has allegedly just exploded while being updated to iOS 12.1. The device in question was reported to get hot and just blew up in the process of updating to the latest iOS 12.1 version.

Apple Support has since responded to the tweet, stating that this incident isn’t expected behavior. Well, you don’t say? The owner of the iPhone X in question has responded to Gadget 360 regarding this issue, and claimed to have used the original Apple Lightning cable and wall adapter to charge his phone while updating.

@Apple iPhone X just got hot and exploded in the process of upgrading to 12.1 IOS. What’s going on here??? pic.twitter.com/OhljIICJan

This is probably a one-off case, since we have yet to see more iPhone Xs catching fire. However do stay vigilant if you are updating your iPhone while charging it. Any of you iPhone X users noticed your phones getting a tad too hot when updating to iOS 12.1? Let us know!

Pokdepinion: Lithium-ion batteries are known to be flammable, and charging it while installing an update is bound to cause it to heat up, but not to the point of going up in flames. We will see if there are more reports of similar incidents.

Was your TM unifi connection down? Well here’s the reason why
Next