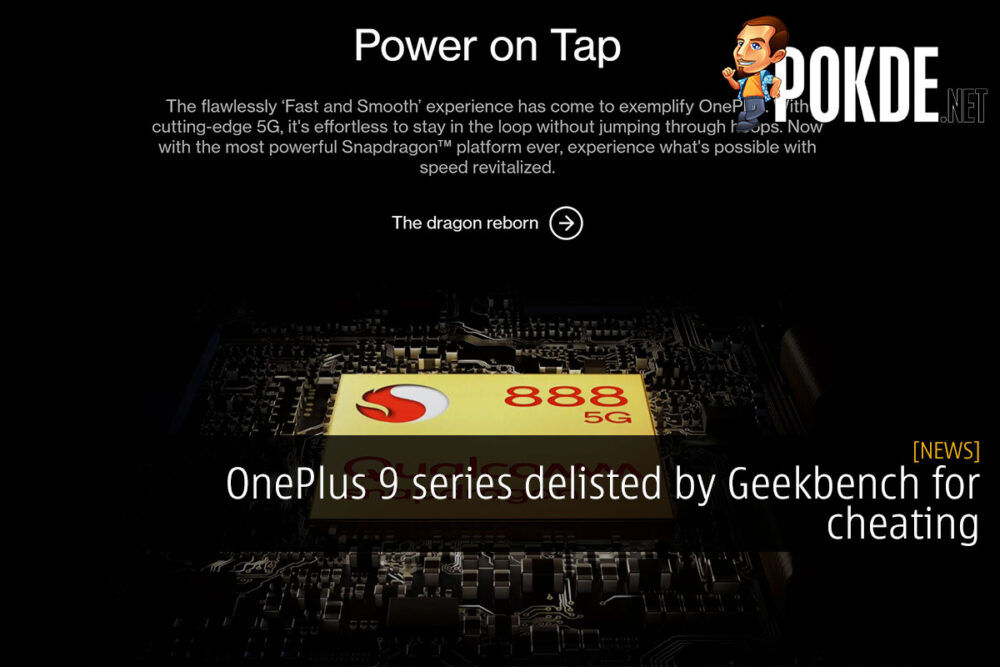 Cheating in benchmarks isn’t exactly something new. We have often seen brands getting delisted by benchmarking tools for being caught trying to present their device in a better light than the competition. This time around, it is a bit more odd. Instead of boosting the performance, OnePlus was actually caught throttling the performance in commonly used apps on the OnePlus 9 series.

Is the OnePlus 9 Pro cheating in benchmarks? 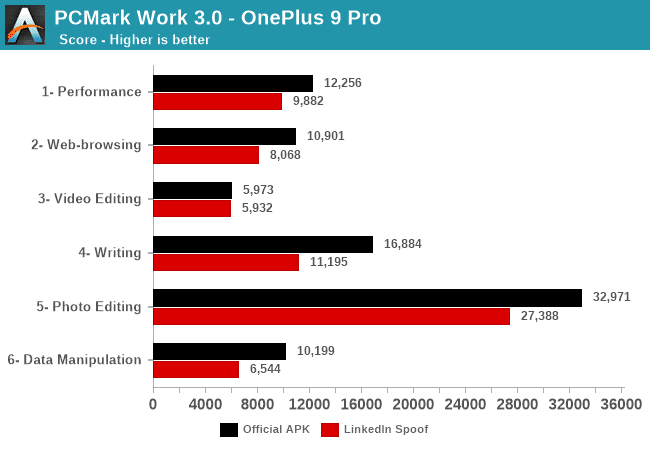 When AnandTech benchmarked the OnePlus 9 Pro, they found that the device doesn’t even activate the fastest Cortex-X1 cores in the Snapdragon 888 in popular apps, instead relying on the slower but more efficient Cortex-A78 cores. They verified this by spoofing benchmarks as popular apps like Chrome and Twitter, and found that this resulted in lower scores.

It seems that OnePlus has baked in a whitelist of sorts to limit performance in lighter apps where the user might not experience any issues with the lower performance, which will in turn offer better battery life and cooler temperatures. More intensive games and benchmarks are allowed to harness the full performance of the OnePlus 9 Pro, and it is with the latter that Geekbench has taken an offense to, calling it “benchmark manipulation.” 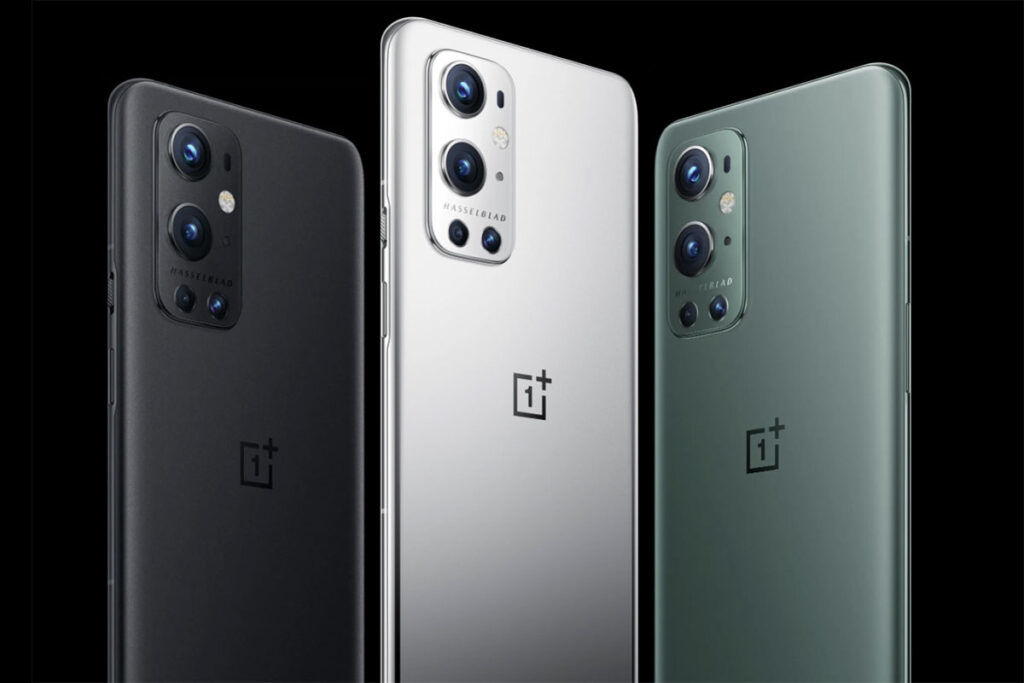 OnePlus provided the following statement to Android Authority regarding their benchmark results:

Our top priority is always delivering a great user experience with our products, based in part on acting quickly on important user feedback. Following the launch of the OnePlus 9 and 9 Pro in March, some users told us about some areas where we could improve the devices’ battery life and heat management. As a result of this feedback, our R&D team has been working over the past few months to optimize the devices’ performance when using many of the most popular apps, including Chrome, by matching the app’s processor requirements with the most appropriate power. This has helped to provide a smooth experience while reducing power consumption. While this may impact the devices’ performance in some benchmarking apps, our focus as always is to do what we can to improve the performance of the device for our users. 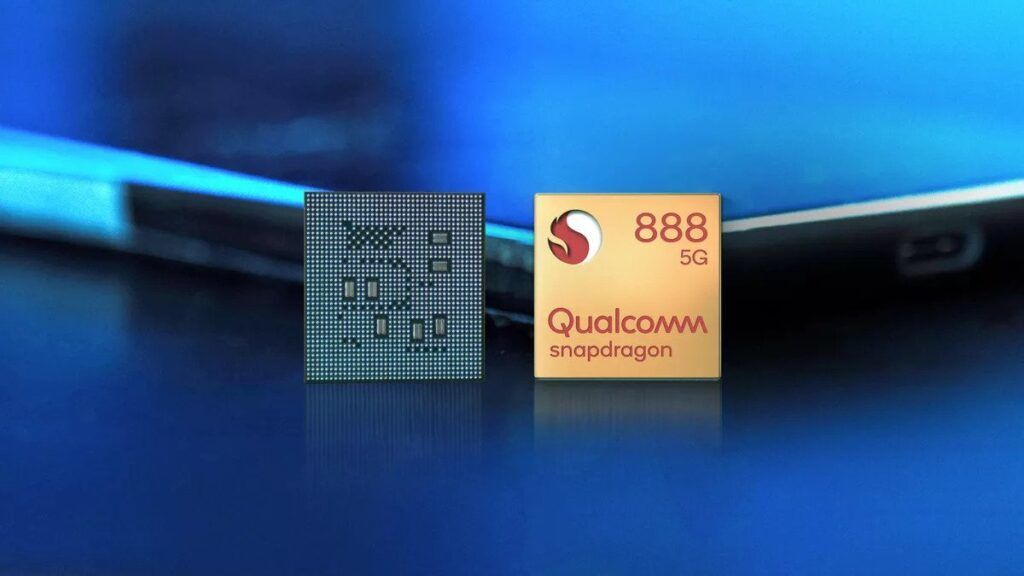 Now it is worth mentioning that the Snapdragon 888 is one toasty chipset, and this might be the way that OnePlus aims to improve the overall user experience. Most users won’t even notice the difference, as the chipset is just that ridiculously overpowered for daily use. But it does mean that the performance represented by the scores in benchmarks aren’t the same as what you will get in daily use, so having higher benchmark scores on the OnePlus 9 Pro doesn’t mean anything in actual day-to-day use, for better or worse. 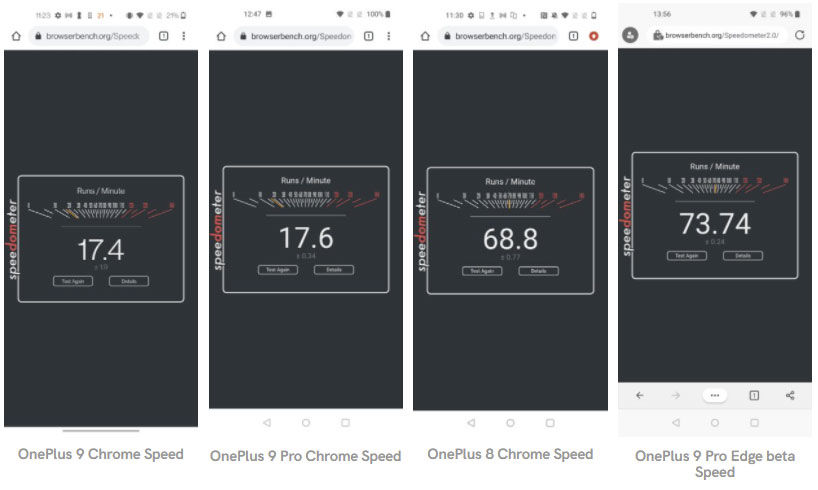 But at this point, it might highlight the pointlessness of getting the latest OnePlus 9 Pro over their last-gen flagships, considering that Android Authority actually found that the OnePlus 8 outpaces the OnePlus 9 Pro by nearly 4X in BrowserBench on Chrome, which is not in the performance whitelist, and thus sees throttled performance on the newer device.

Pokdepinion: Imagine if OnePlus releases a Snapdragon 888+ smartphone but decided to throttle the performance in your daily apps to slower than a Snapdragon 865 device 🤣