In Case You Missed It: Everything Apple Announced During The Apple Event 2020 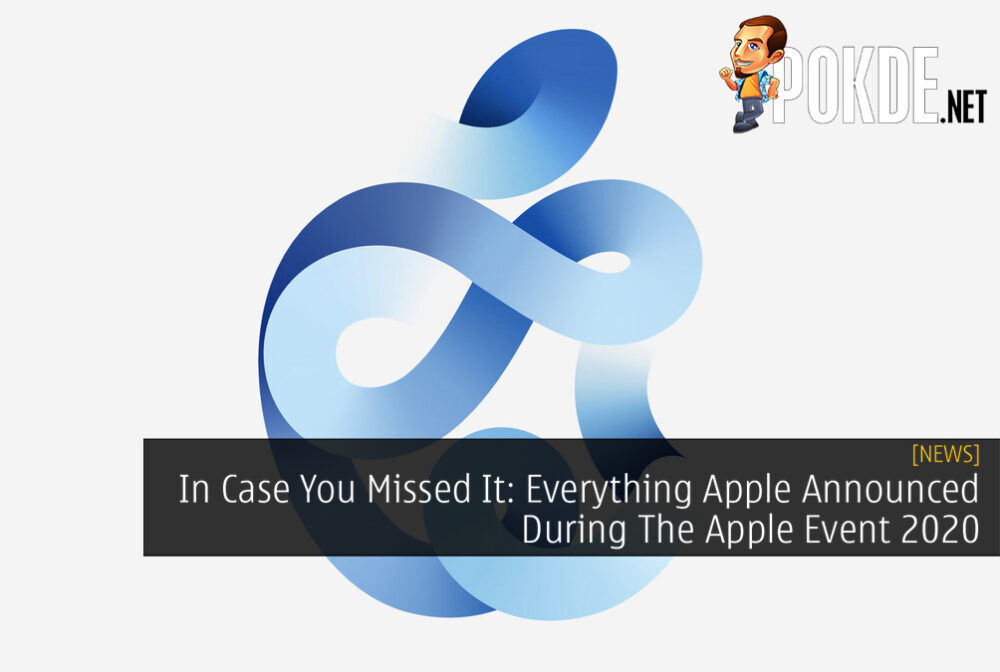 Apple unveiled a slew of new products during their recent launch event that happened a couple of days ago. Among the new products released include a new iPad Air, an 8th generation iPad, Apple Watch Series 6, Apple Watch SE, Apple Fitness+ services, Apple One subscription plan as well as various other announcements. There were no announcements of new iPhones however, much to the dismay of many fans.

Let’s take a look at what Apple did announce at the launch event down below. 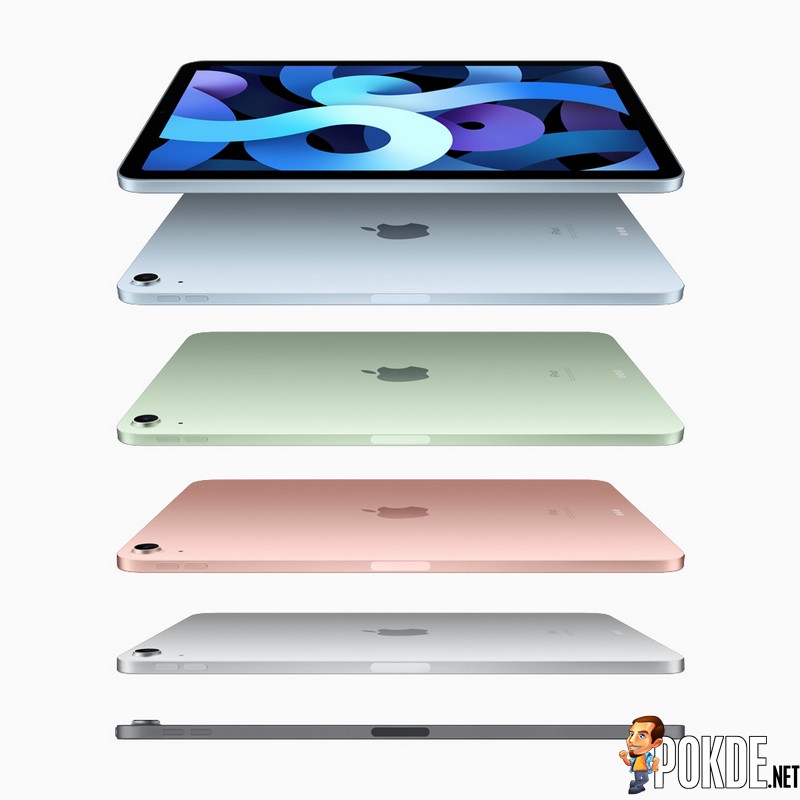 Apple unveiled a new version of the iPad Air which they dubbed as the “most powerful, versatile, and colourful iPad Air ever”. The new iPad Air features a 10.9-inch Liquid Retina display and comes in five different colour variants which include silver, space gray, rose gold, green, and sky blue. Touch ID is also available and is integrated into the new top button.

Another interesting feature of the new iPad Air is that it is powered by Apples’ new and most powerful A14 Bionic chipset. The A14 Bionic chipset is 40% faster in CPU performance and 30% faster in GPU performance when compared to its predecessor. It is also advanced enough to handle even the most demanding tasks ranging from games to editing 4K videos. Furthermore, the A14 Bionic chipset features a new 16-core Neural Engine that is capable of performing up to 11 trillion operations per second for machine learning capabilities. Expect the new iPhones to sport the same chipsets when they get announced in the near future. 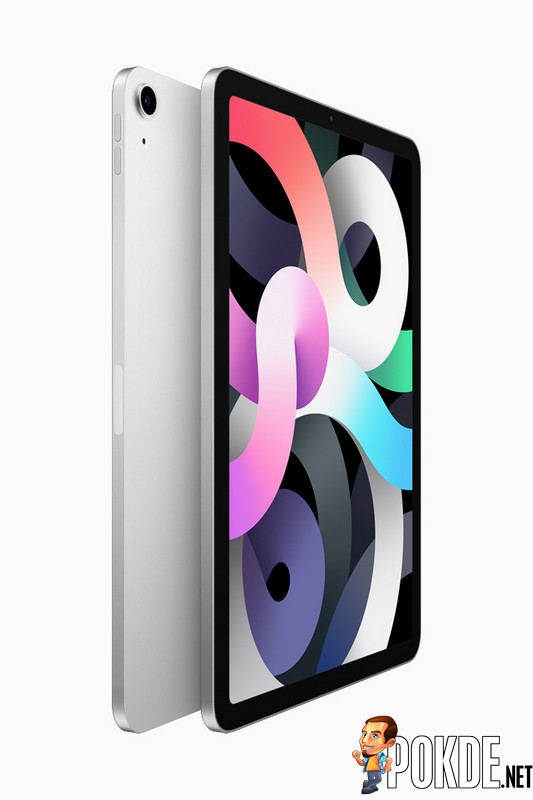 The iPad Air also comes with a single f/1.8 12MP rear camera, the same found on the iPad Pro, which is capable of capturing 4K videos and a 7MP front-facing FaceTime HD camera. Other features include a USB Type-C charging port, stereo speakers and Wi-Fi 6. The iPad Air is compatible with Magic Keyboard, Smart Keyboard Folio, and new Smart Folio covers, as well as the 2nd generation Apple Pencil.

The new iPad Air will run the latest iPadOS 14. iPadOS 14 improves the Apple Pencil’s experience with the iPad with features such as Smart Selection, for better distinction between handwriting and drawings, as well as Scribble to iPad which allows users to handwrite directly in any text field with the Apple Pencil for easy text replies or Safari searches. Head over here for a more detailed look at the new iPadOS 14.

There is no mention of when the iPad Air will release in Malaysia but the pricing is already up on Apple’s website which sees a retail price from RM2,599. 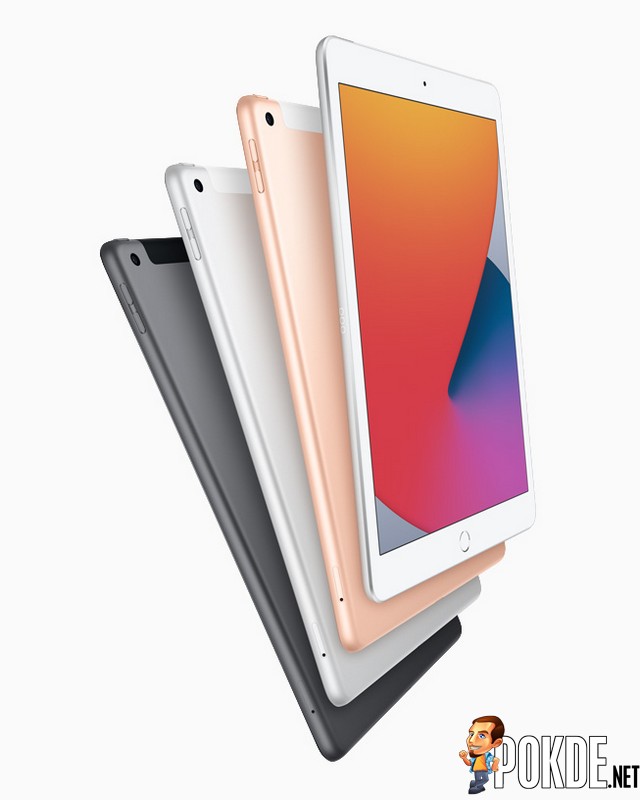 Along with the new iPad Air, Apple also introduced a brand new 8th generation iPad. This new entry-level iPad is similar to its predecessor but now comes equipped with the A12 Bionic chip, bringing the Neural Engine to the entry iPad for the first time. It also features a 10.2-inch Retina display and has support for the 1st generation Apple Pencil. The 8th generation iPad will also run iPadOS 14 which will bring new features such as Smart Selection and Scribble to iPad.

The 8th generation iPad is definitely one of the more affordable iPads with a retail price starting from RM1,499. Availability in Malaysia will be announced at a later date. 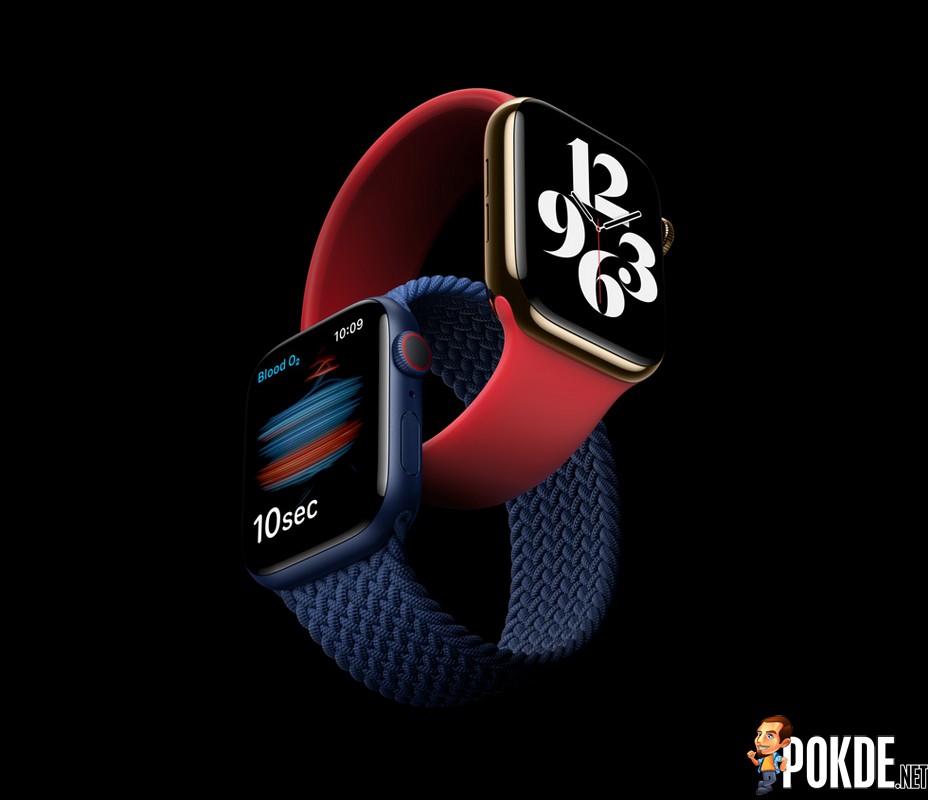 Apple Watch Series 6 was also announced during the launch event with some newly added features. The Apple Watch Series 6 sports a more powerful S6 chip that is based on the A13 Bionic chip in iPhone 11, next-generation always-on altimeter as well as a new Blood Oxygen sensor which measures the oxygen saturation of the user’s blood.

Other features found on the Apple Watch Series 6 are the U1 chip and Ultra Wideband antennas which allows short-range wireless location, improved battery life and faster charging. It also comes with an improved Always-On Retina display that is 2.5 times brighter than its predecessor which makes it easier to see a watch face under bright sunlight. 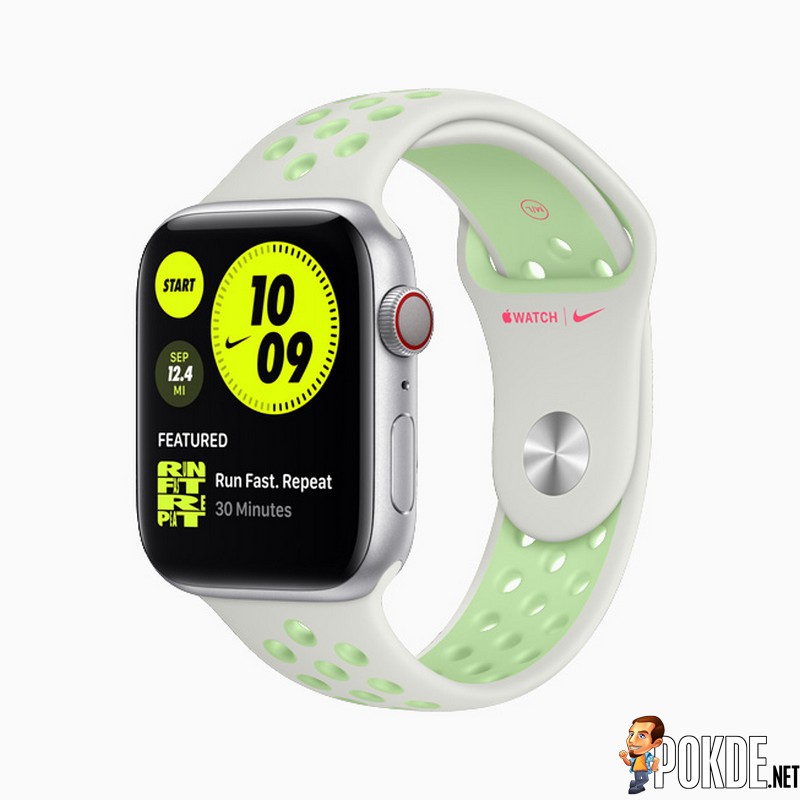 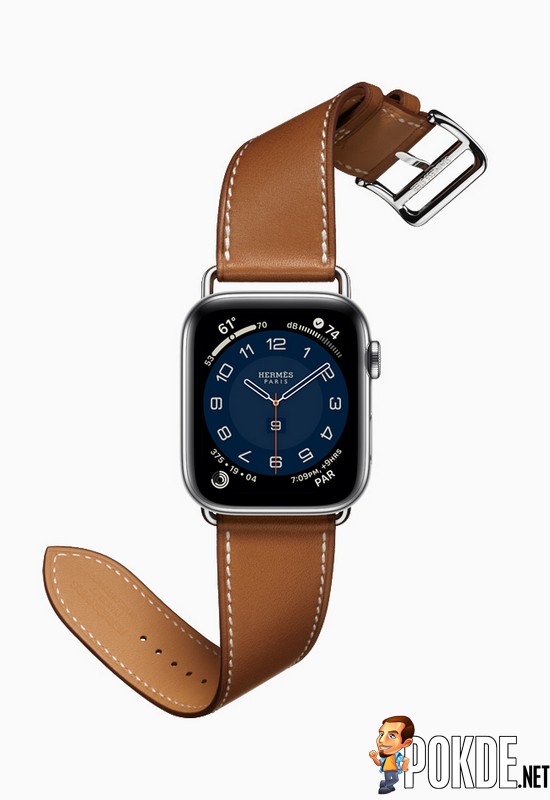 Apple also revealed the new WatchOS 7 which introduces new watch face options, including Stripes, Chronograph Pro, GMT, and Artist. It also comes with new health features such as low-range VO2 Max, sleep tracking, automatic handwashing detection, and new workout types. There will also be access to cycling directions via Maps as well as language translation through Siri. WatchOS 7 also features Family Setup which allows users’ kids or older family members who do not own an iPhone to access safety and fitness features of Apple Watch.

Prices will start from RM1,749 with availability set to be revealed at another date. 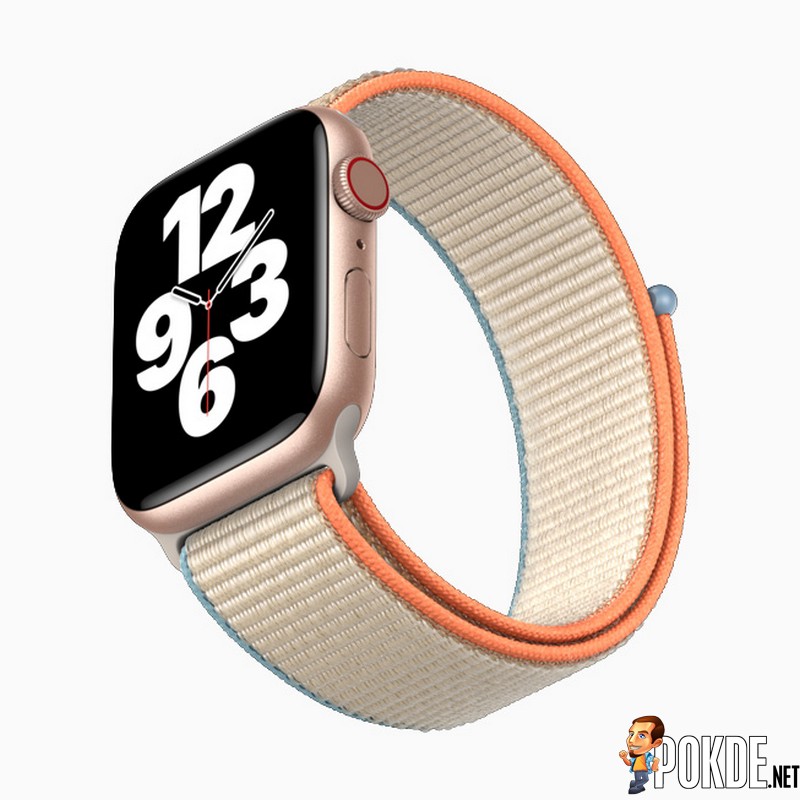 No word on the Apple Watch SE availability in Malaysia as of yet but it will have a retail price from RM1,199. 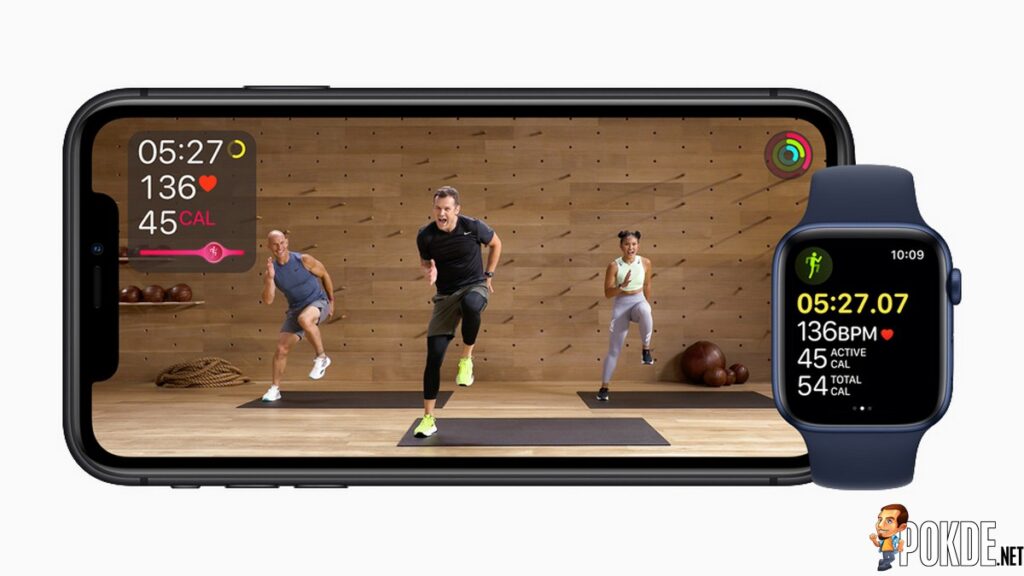 Apple Fitness+ uses a custom recommendation engine which provides users with a more personalised workout experience based on their previous workout patterns. The service will launch with the most popular workout types including Cycling, Treadmill, Rowing, HIIT, Strength, Yoga, Dance, Core, and Mindful Cooldown. New workout videos will be added every week by a team of Fitness+ trainers.

Fitness+ will be available to Apple Watch customers as a subscription service for USD9.99 (RM41~) per month or $79.99 (RM330~) per year. No word of the availability of the service on Malaysia just yet. 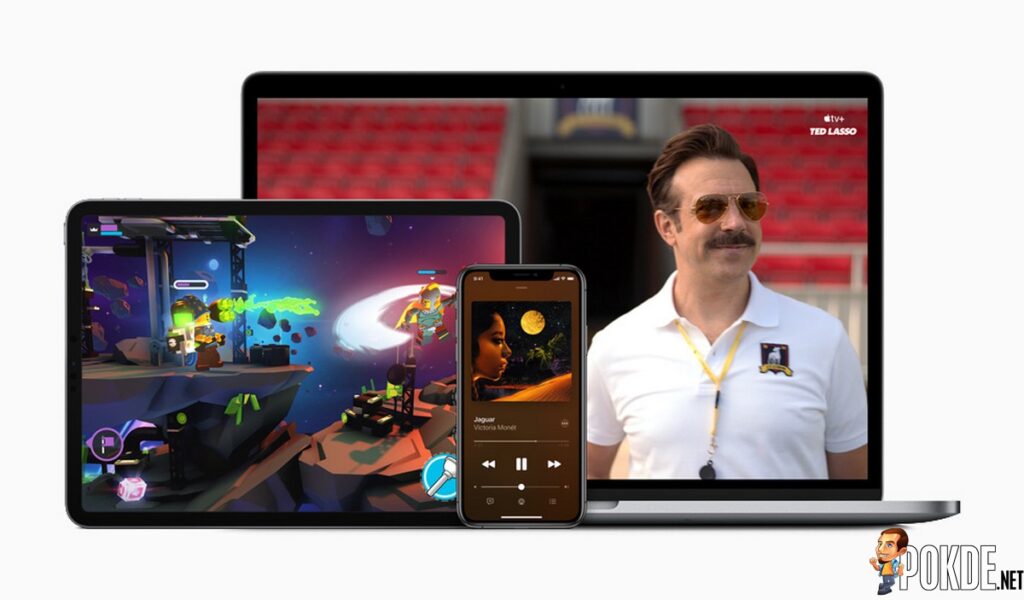 Apple One is the subscription bundle plan announced by Apple that combines all of their subscription services which includes Apple Music, Apple TV+, Apple Arcade, Apple News+, Apple Fitness+, and iCloud into one master plan. Apple One will come in three different packages which are:

The subscription prices above are not the confirmed Malaysian prices though because according to Apple’s official website the service will only come to our shores sometime later this year. So, any news regarding Malaysian subscription fees will only be revealed by then. 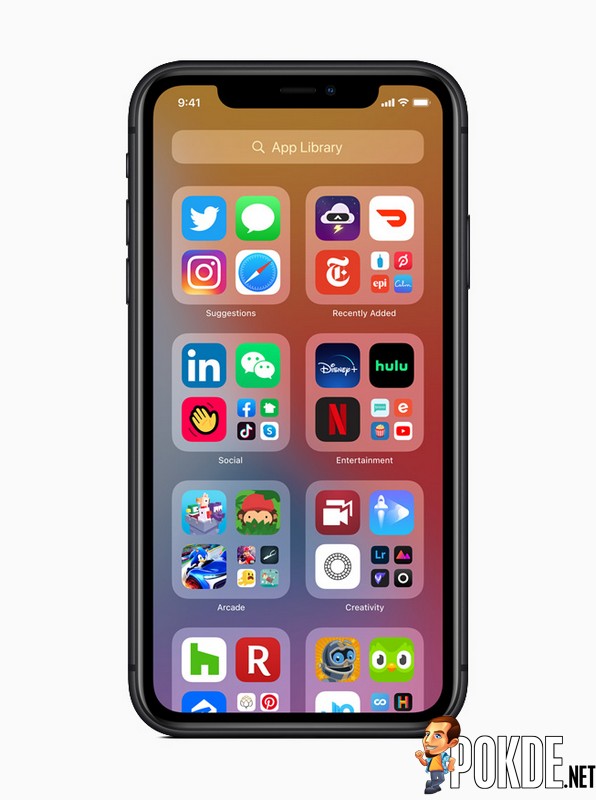 Lastly, Apple revealed the new iOS 14 update which brings about major changes to the iOS look. Among the major changes brought in with iOS 14 are redesigned homescreen widgets, the App Library; Apple’s version of an app drawer, as well as updates to iMessage. Other improvements made with iOS 14 are compact design for incoming calls and Siri, Picture-in-Picture support which lets users watch a video or FaceTime while using another app, and App Clips which allows users to access part of an app the moment they need it.

iOS 14 will be available to update for iPhone 6s and above starting from today. For a more detailed look at iOS 14 do head over to Apple’s site here.

Pokdepinion: Quite an eventful launch despite the glaring absence of new iPhones. The new iPad Air and Apple Watch SE look really good with very attractive prices to boot.