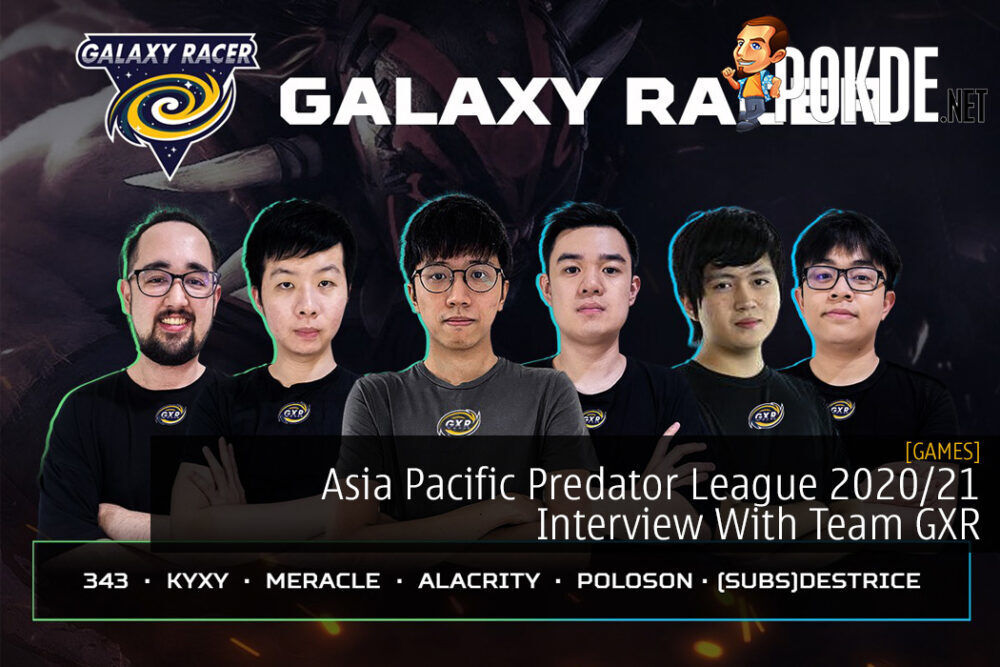 At the Asia Pacific Predator League 2020/21 Grand Finals, we managed to interview Team GXR, otherwise known as Galaxy Racer, one of the two teams that were invited to join the DotA 2 tournament. Want to know more about this powerhouse team? Then look no further. Let’s dive right into it, shall we? 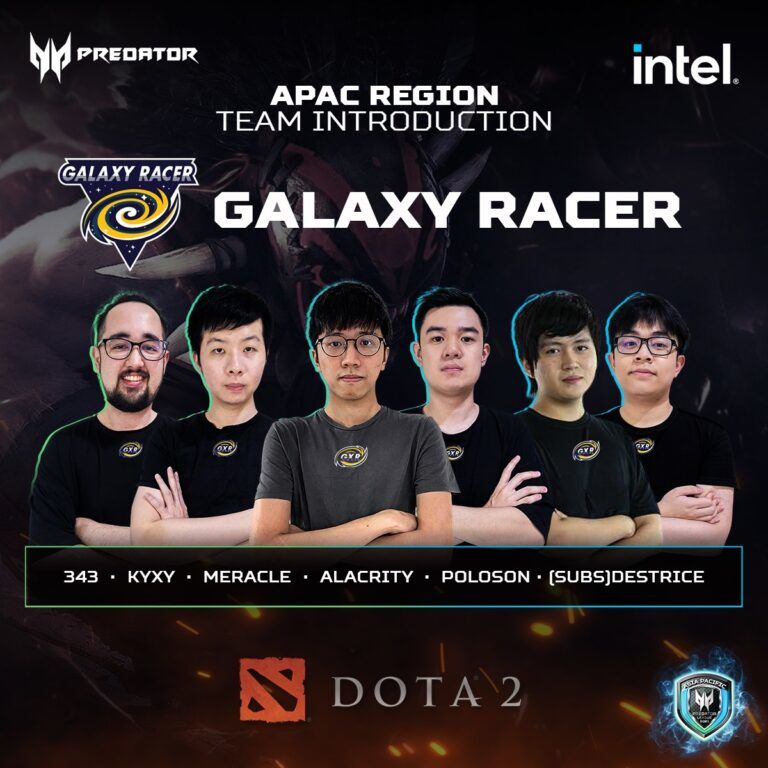 On the subject of competing for the Predator League, Meracle felt that it was a rather short experience, given that it was just a couple of days, but it was still great nonetheless. All of them were competing from their own homes so that’s especially why it didn’t feel lengthy.

Given the team’s losses, they were asked if there were any areas the team feel that they could improve on:

I think mostly, what we took from the games, our communication wasn’t clear enough between us as a team. There are also some key factors that led to our losses so it’s a learning experience. 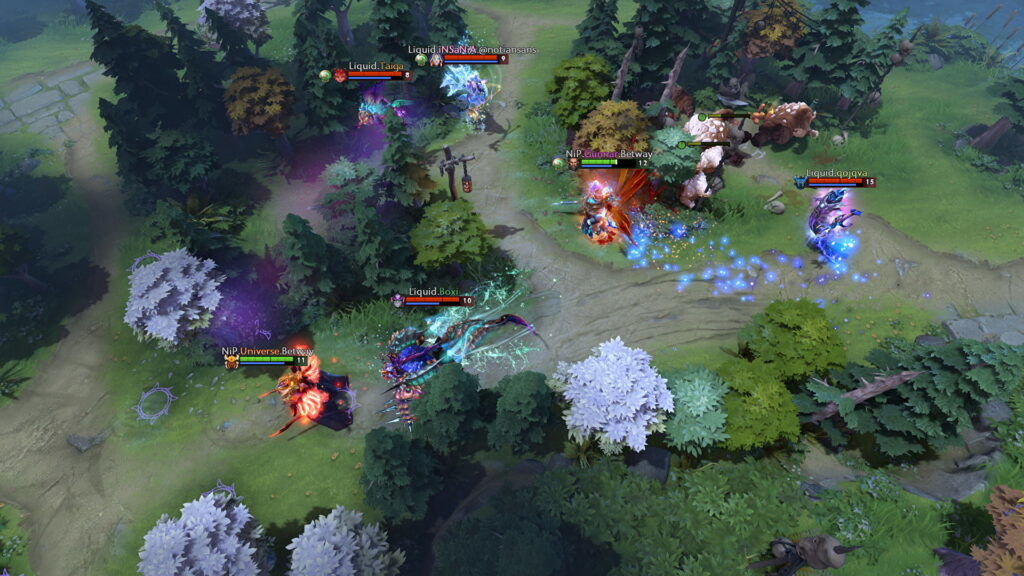 This may seem rather odd for a game like DotA 2 where teamwork is key but this particular lineup for Team GXR is fairly new as they’ve only played together for a couple of weeks. It’s not so much about not playing together in person, but they believe there are a number of key issues that they need to rectify before they can truly realize the team’s potential.

As for how they plan on tackling the issue, Poloson added on by saying that they plan on focusing on the issue, build habits to fix it, talk over each other, and knowing when to keep quiet. The idea here is to practice and build a proper foundation for the team moving forward.

The question then flipped over to what Team GXR believes makes them strong. 343 believes that mechanically, they’re not far behind the other teams, just that they’re not exactly on the same page with communication being the primary issue. This makes sense given that, individually, the team started competing in games rather young, most of them around the age of 15 to 16 years. 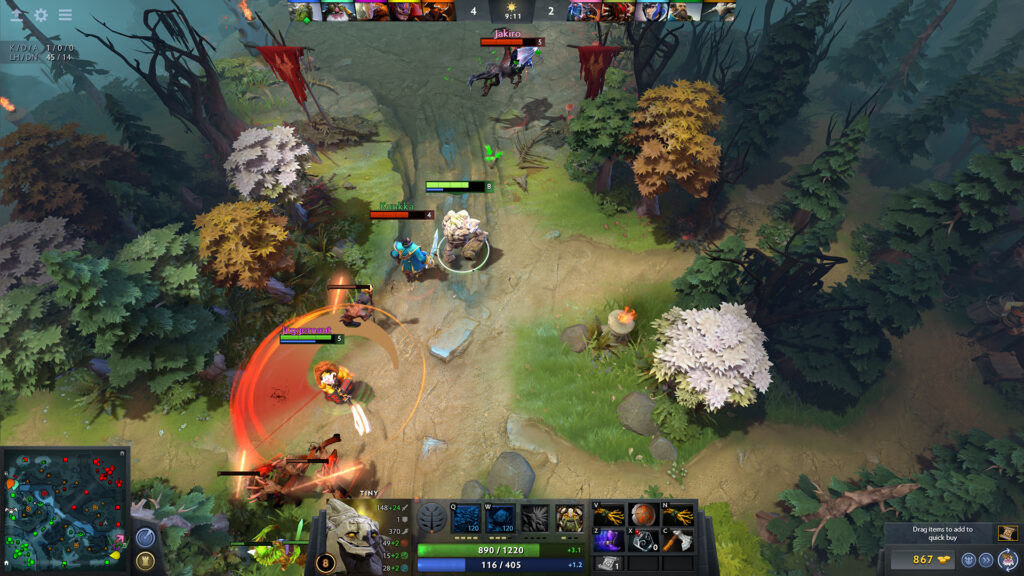 For this tournament itself, it was interesting to learn that there wasn’t much preparation for Team GXR. According to Meracle, Poloson was standing in for another tournament in Singapore, and they played scrims whenever they can. As for scrims as a full team, they only managed to do so for a couple of days at best. Given this, it’s amazing to think how far Team GXR has come on their own.

On the subject of the biggest threat in the tournament, 343 mentioned two particular teams; Neon and TNC. The former is due to how formidable they are as a team and the latter as they are the one to take down Team GXR themselves. This is interesting given that Team TNC is the winner for the DotA 2 tournament Asia Pacific Predator League 2020/21.

Team GXR will continue to train so they can improve and perform better in future tournaments. 343 mentioned that they’re waiting for the new patch in DotA 2 and they’ll continue to scrim together as a team. All the best to them and we hope to hear some good news from them, especially achievement, down the road.

In case you want to check out a notable PUBG team that participated in the Asia Pacific Predator League 2020/21, check out our interview with Boss Gold by clicking right here.