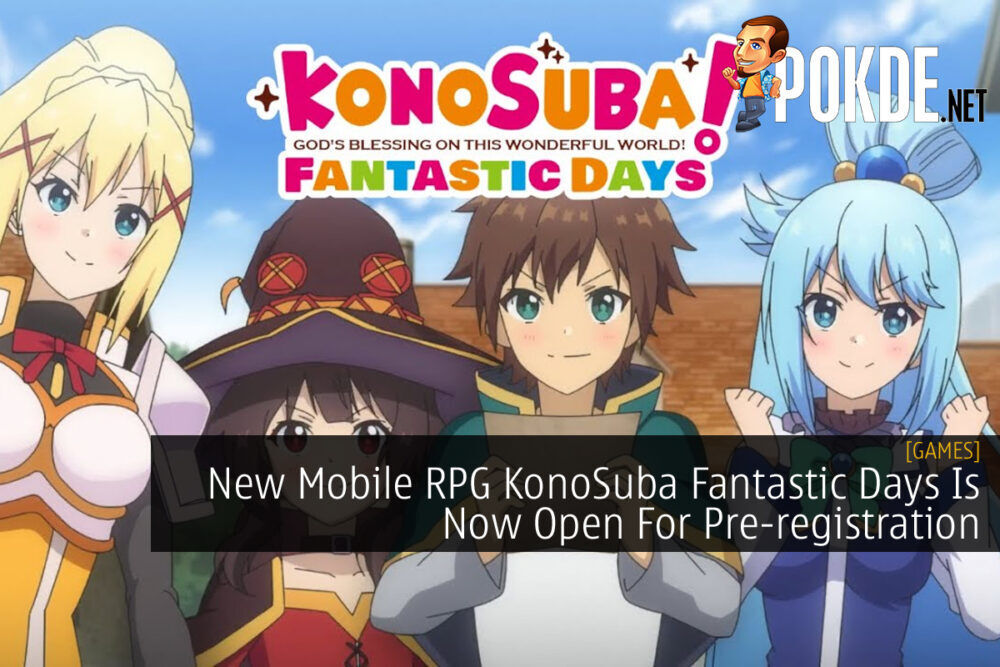 Fresh off last weekend’s Anime Expo Lite 2021, game publisher Nexon has announced that pre-registration for their new free-to-play mobile RPG KonoSuba Fantastic Days is now open to the public. All players who pre-register early will be placed into a drawing for a chance to win a collectable Pop Up Parade figurine of Megumin, as well as other goodies, courtesy of Nexon.

KonoSuba Fantastic Days, published by Nexon and based on the hit anime series, featuring fan-favourite characters such as Kazuma Sato, Aqua, Megumin, and Darkness. The original Japanese voice actors from the anime will portray the characters, including Jun Fukushima, Sora Amamiya, Rie Takahashi, and Ai Kayano. Additional heroes and heroines will be created particularly for the comedy anime RPG, following an all-new storyline.

Check out the trailer for the game down below.

Nexon is giving a limited-time gift for players who sign up as part of the pre-registration for the global launch. A collectable Megumin figurine from Pop Up Parade and wireless Razer Hammerhead Earbuds will be given away to a few lucky winners. The winners will be announced on KonoSuba Fantastic Days’ Twitter account, so be sure to follow them and remain up to date. You can pre-register for the game here and stand a chance to win any of the giveaway prizes. 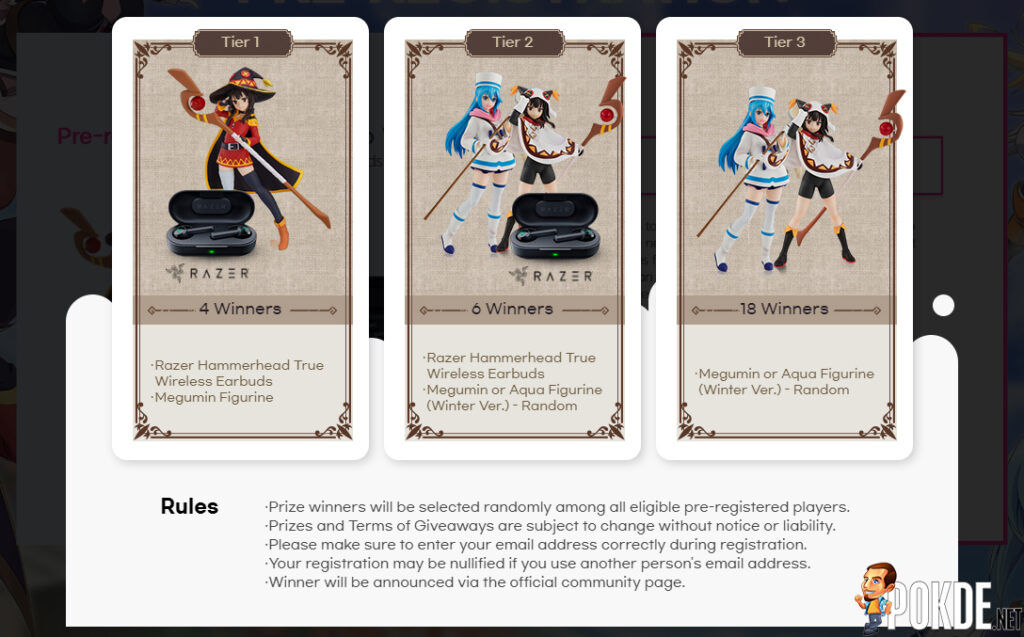 Nexon collaborated with KonoSuba publisher Kadokawa to create KonoSuba Fantastic Days, which was developed by Sumzap. The game will be released later this year on iOS and Android platforms globally.

Pokdepinion: This looks pretty interesting. I occasionally watch Konosuba and the anime is pretty funny and great. Hopefully, the game is as good as the anime.