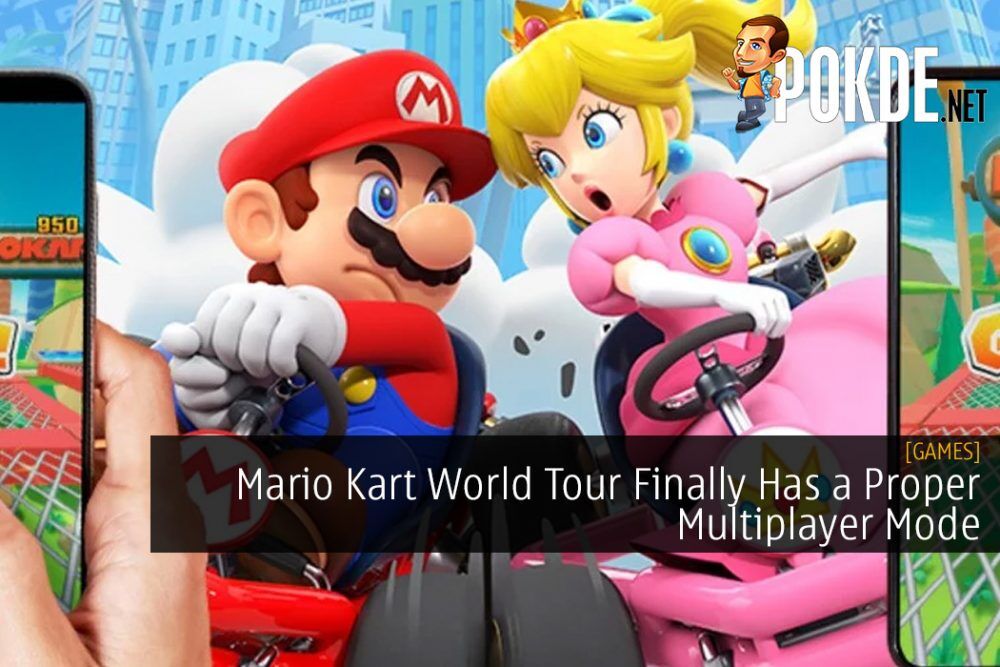 Are you a returning player? If so, now’s a great time to jump back in! If you redownload #MarioKartTour and link to the My Nintendo Account you had originally linked, you’ll be able to pick up right where you left off. pic.twitter.com/zXJ1P5zfGn

The update lets you play with other friends, people nearby, or random gamers across the world. This means you can play with up to 8 real gamers in the game itself instead of feeling sad because you only play with AI-controlled enemy racers.

Due to many gamers being fed up with the game for many reasons, the official Twitter account gave a quick guide on how gamers can get their account back. If you’ve been wanting to play real multiplayer in Mario Kart World Tour, now is a good time to return.

Once again, Mario Kart World Tour multiplayer mode is out for both Android and iOS as part of update version 2.0.0.

Pokdepinion: Well, guess I’ll give it a try and see if it’s worth playing or not. If there’s not enough people playing, I foresee this game shutting down by end of this year.

Aiman Maulana
Jack of all trades, master of none, but oftentimes better than a master of one. YouTuber, video editor, tech head, and a wizard of gaming. What's up? :)
Pokde Recommends
AndroidGamingioskart racerMalaysiamarioMario Kartmobile gameAndroidGamingiOSMobileNews
MORE
Read More
689

Team17 Reveals New Worms Game is Coming in 2020
Next