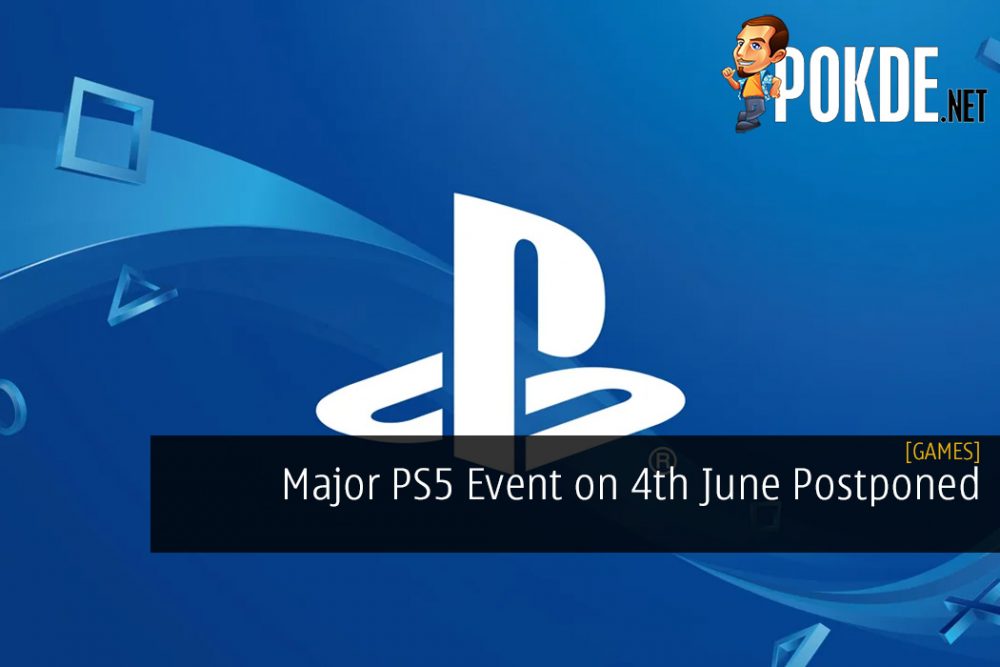 Previously, we reported about a major PS5 event happening in early June 2020, which you can read about right here. Unfortunately, we have some bad news as Sony Interactive Entertainment is officially postponing the event.

Initially set to take place on 4th June 2020, it was announced via the official PlayStation Twitter account that they will be postponing the event. Here’s exactly what they said on Twitter.

We have decided to postpone the PlayStation 5 event scheduled for June 4. While we understand gamers worldwide are excited to see PS5 games, we do not feel that right now is a time for celebration and for now, we want to stand back and allow more important voices to be heard.

In case you’re wondering, this isn’t specifically pointing out at the situation with COVID-19 but rather, a series of tragic events that occurred as of late. Most notably is the murder of George Floyd at the hands of Minnesota police officers. This led to people in the US protesting the justice system and calling out the blatant racism that has gone unchecked in the country.

The major PS5 event will still take place. However, no new date has been given so we expect that to be announced at a later date. We will report on that as soon as information becomes available so stay tuned.

Pokdepinion: I may be super excited for the event but I’m not heartless. Sony / PlayStation team did the right thing, and it’s best to do this at a time where everyone can enjoy it.

Aiman Maulana
Jack of all trades, master of none, but oftentimes better than a master of one. YouTuber, video editor, tech head, and a wizard of gaming. What's up? :)
Pokde Recommends
AnnouncementconsoleEventglobalMalaysianext genPlayStationpostponeGamingNewsPS5Sony
MORE
Read More
1534