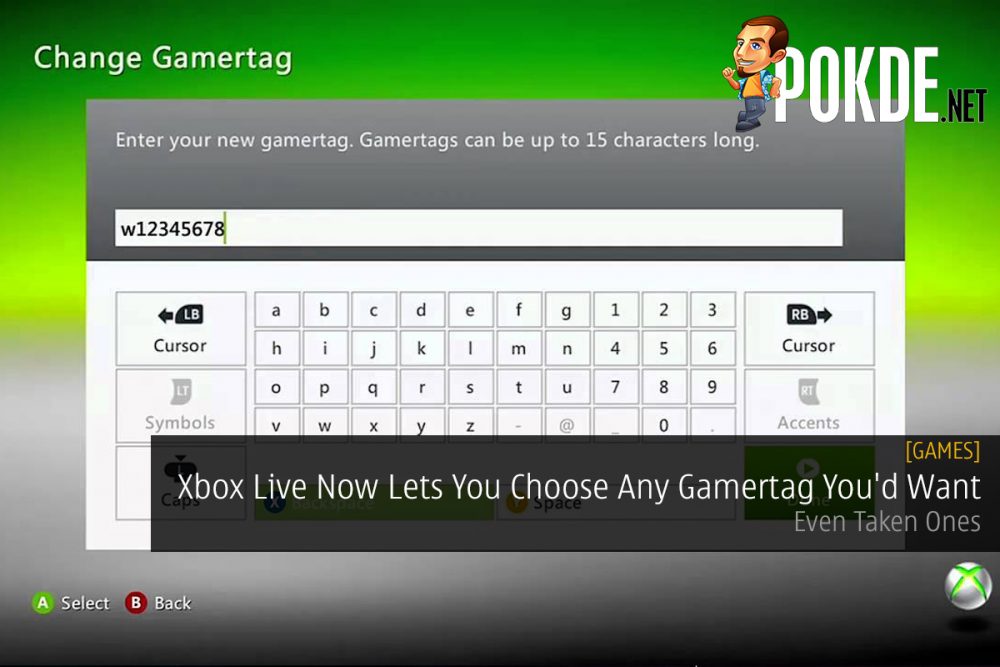 Though it was announced back in June at E3, Xbox Live users can now choose any gamertag to your liking, even the ones that’s already been taken.

How does that work and how will people differentiate you from the rest? It seems that Xbox will auto-generate an ID suffix of numbers after a hashtag symbol.

This means that, let’s say your gamertag is Pokde, you possibly would end up with Pokde#1, or something like that. It seems that the suffix font size is smaller compared to the front. The color will also be different, to make it easier to distinguish.

As expected, you will need to obey Microsoft’s rules when it comes to picking a gamertag, where you can’t choose offensive terms or anything that’s related to it.

Old gamertags will remain how they are, and no one can take your exact name (unless you relinquish it).

Pokdepinion: Will we see a whole bunch of NoobMaster69 now? :P

Raja Idris
The name's King, Kingky King. Likes to keep it simple and straightforward. A person who games regardless of what platform. Need value for money performance? Get AMD.
Pokde Recommends
consoleConsole Gaminggame subscriptionGamesidentificationMalaysiaMicrosofttagGamingMicrosoftXBOX One
MORE
Read More
1092

POS Malaysia site is down, possibly a ransomware attack
Next