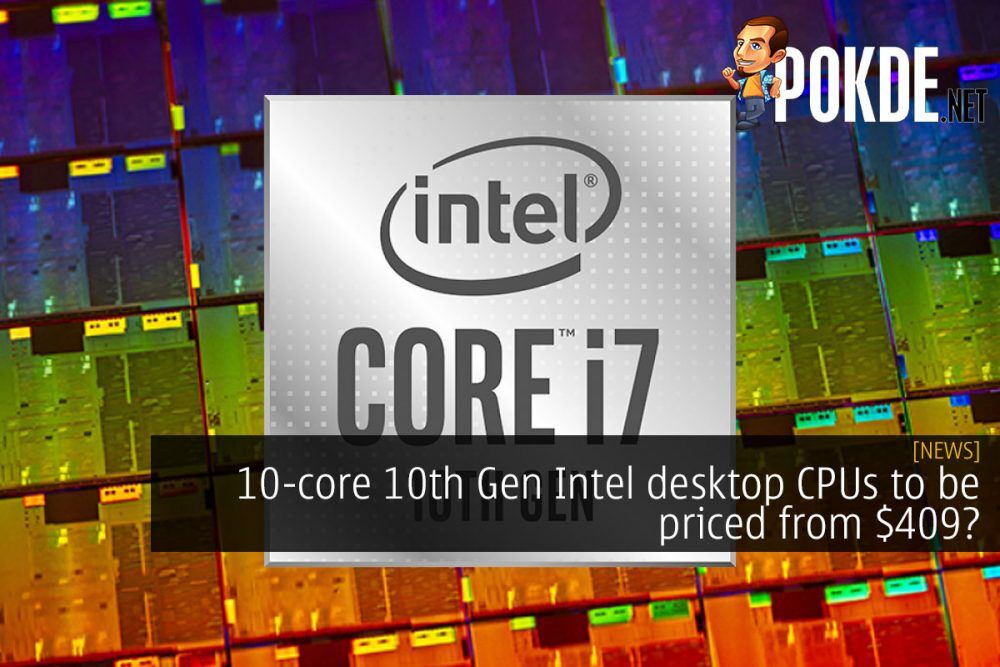 What appears to be a slide detailing all of the 10th Generation Intel Core processor has been floating around the interwebs. The leak is somewhat inconsistent with Intel’s marketing, but it does give a pretty nice peek at what’s to come. Also, it might be just how Intel has decided to respond to the AMD Ryzen 3000 threat.

For starters, the slide point to a “maximum all core Turbo frequency”, something which Intel has refrained from disclosing publicly for quite some time now. But since the Intel Core i9 9900KS’ only selling point over the regular i9 9900K is its all-core 5.0 GHz Turbo, maybe this is a good turning point for Intel to better inform consumers. The fastest all-core Turbo is found on the i7 10700K, which offers a 4.8 GHz all-core Turbo. 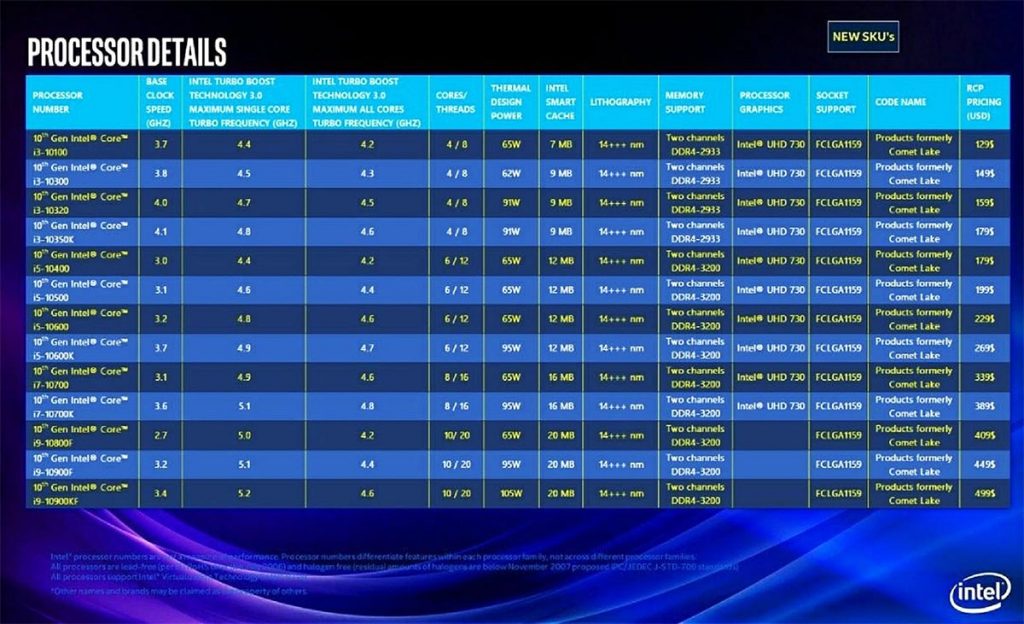 It also seems like Intel finally realized that there is no point in having iGPUs in the high-end Intel Core i9 series. All of the three processors 10th Generation Intel Core i9 do not feature integrated graphics, but will offer 10 cores and 20 threads of processing grunt. We also see pretty low TDPs, although how Intel calculates TDP is very different from AMD so they aren’t directly comparable. The $409 starting price is pretty attractive though.

Here’s the full leaked table for your perusal:

The clock speeds and TDP does not seem to tally for some SKUs, as does the amount of cache, evident in the i3 series where there are 7MB and 9MB caches. The prices also seem to be on the low side for the Intel Core i3 processors, before ramping up rapidly with the Core i7 lineup. Maybe Intel is really targeting the low to mid-range market that AMD has a strong grip on, and decided to compete on price? That would be great for consumers. 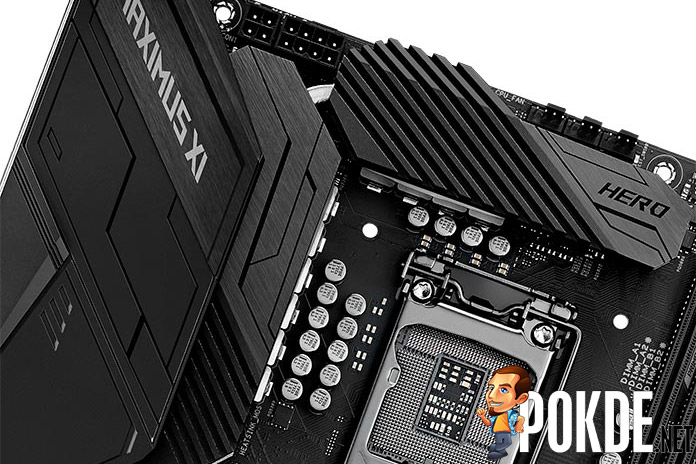 Aside from the CPU specifications, the slide also lists the LGA1159 socket. It probably isn’t all that surprising given the new Sunny Cover microarchitecture and also new 10-core processors with an unprecedented 105W TDP. We can expect new Intel Z490 boards to appear with more features soon. Hopefully it will still work with the LGA115x coolers and not require a new mounting mechanism. 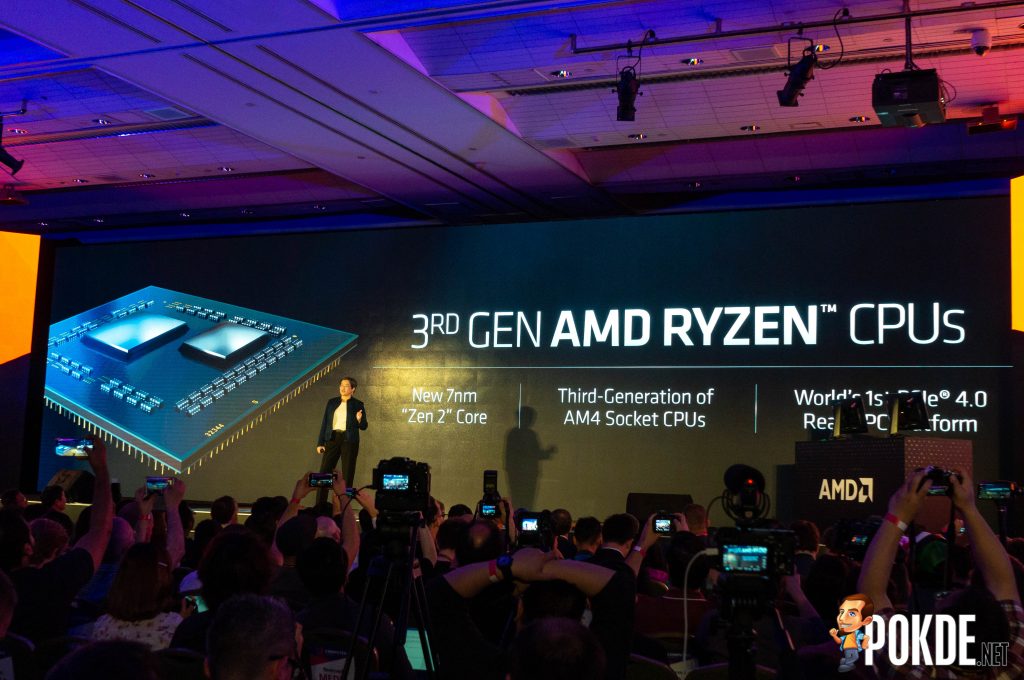 AMD might be facing some interesting competition from Intel very soon!

Pokdepinion: I am looking forward to something new from Intel too. Competition is always cool! 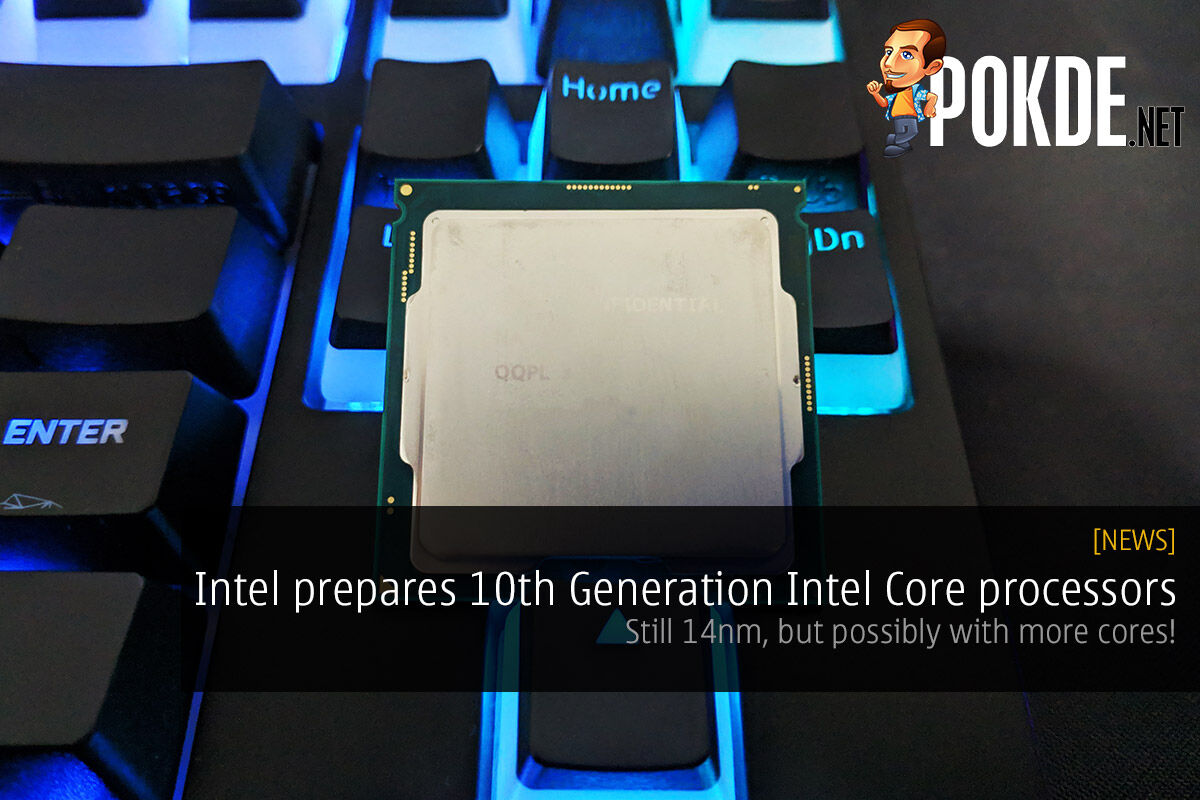 This Updates for Samsung App is Fake and Dangerous
Next