2022 ASUS TUF Gaming laptops come with the latest CPUs from Intel and AMD! 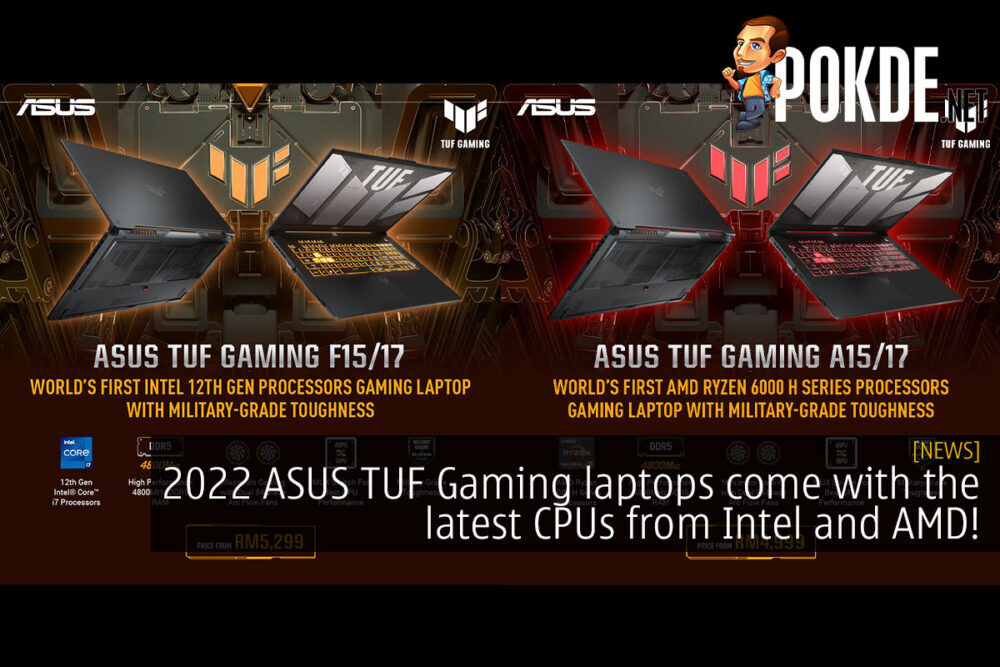 The new TUF Gaming laptops are coming to Malaysia next month, and they are bringing the latest 12th Gen Intel Core processors and AMD Ryzen 6000 series to more gamers out there. ASUS also made sure that they live up to their tough image, with the new TUF Gaming F15/F17 and TUF Gaming A15/A17 laptops being the first 12th Gen Intel Core and AMD Ryzen 6000H series gaming laptops with military-grade toughness. 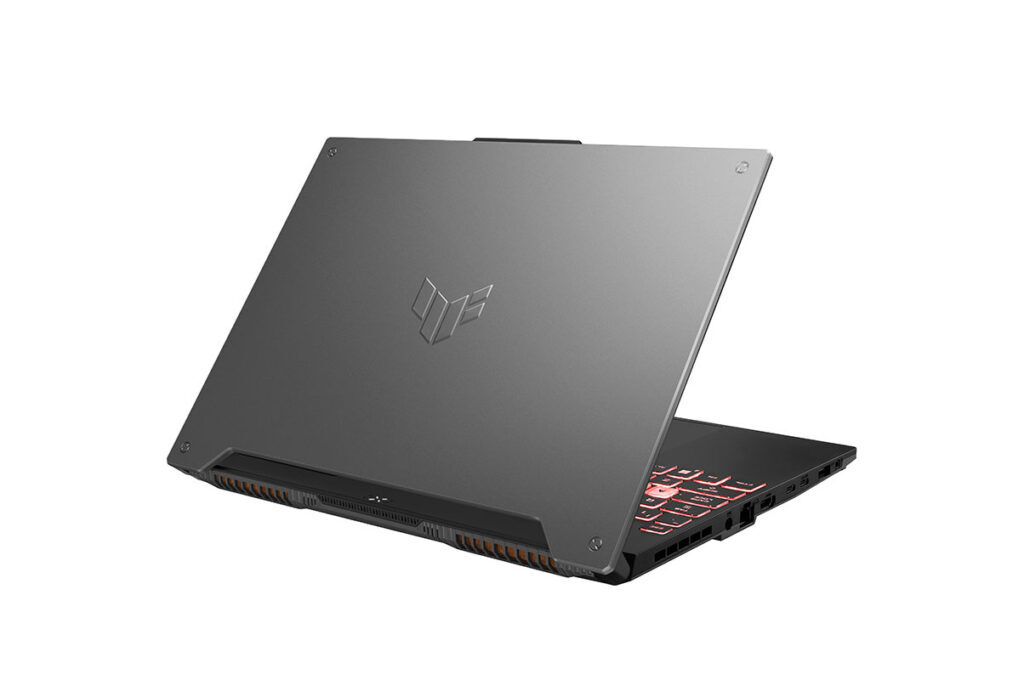 The ASUS TUF Gaming F15/F17 and TUF Gaming A15/A17 meet the US MIL-STD-810H spec, and they definitely look the part. Aside from the no-frills, rugged design, ASUS also went with a embossed logo on the lid for this year’s models, making them stand out from the rest of the laptops with their flat, boring laptop lids.

The key difference between the A-series and F-series is that the ASUS TUF Gaming F15 and F17 come with the latest 12th Gen Intel Core i7-12700H processors while the ASUS TUF Gaming A15 and A17 are equipped with the AMD Ryzen 7 6800H. Both the F-series and A-series can be configured with up to the GeForce RTX 3060, with GeForce RTX 3050 options available as well for less demanding gamers.

Similar to the 2022 lineup of ROG gaming laptops, the 2022 TUF Gaming laptops also feature a MUX Switch to help you get the most out of the dedicated graphics solution. Speaking of which, you also get upgraded cooling featuring the new Arc Flow fans that can deliver up to 13% more airflow to help better cool your TUF Gaming laptop. 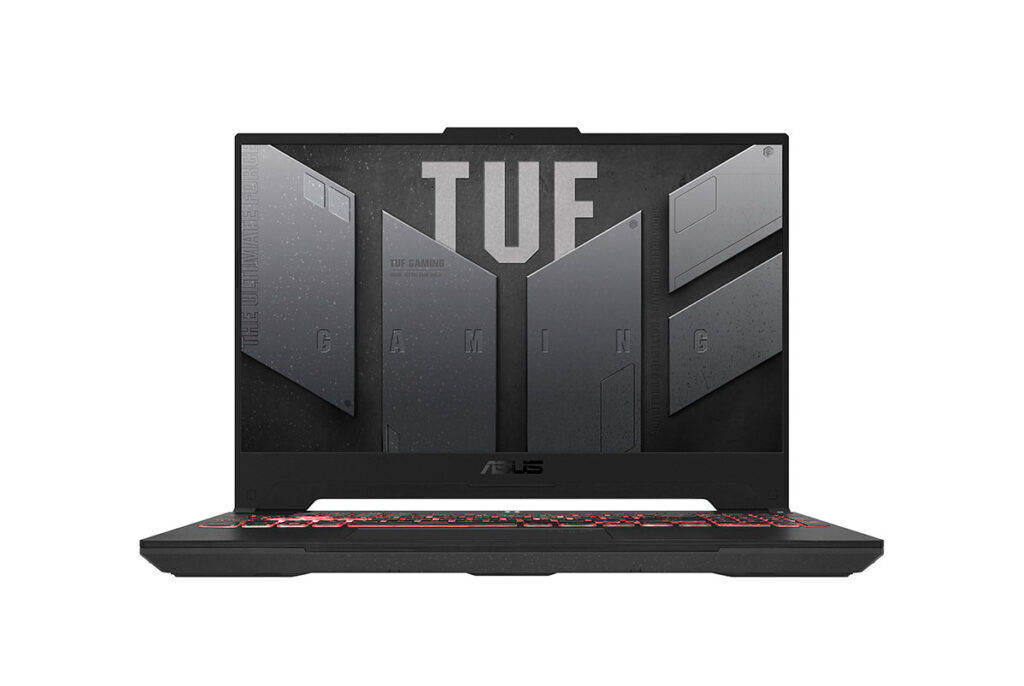 Pokdepinion: I quite like the embossed logo, but not sure if it will get scuffed over repeatedly slipping it into a backpack. But hey, scuffs add character, right?