MENU
Sections
Motherboard
Now Reading
AMD B450 motherboards are coming — get the best storage performance for your buck with AMD StoreMI!
NextPrev
Contents
3334
1

AMD B450 motherboards are coming — get the best storage performance for your buck with AMD StoreMI! 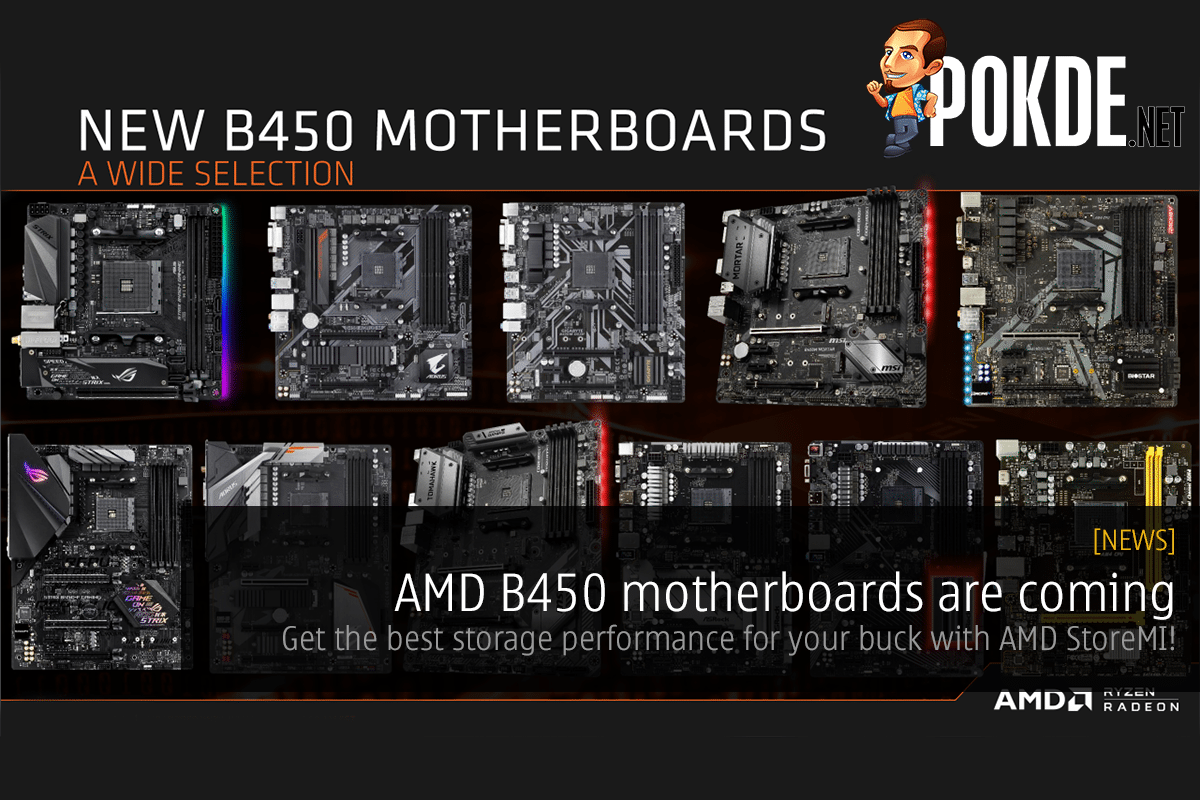 The next big thing for storage isn’t a new SSD, or some fancy new interface, but AMD’s StoreMI. Previously reserved for the higher end AMD X470 platform, the launch of the more affordable AMD B450 makes StoreMI more affordable for enthusiasts now. 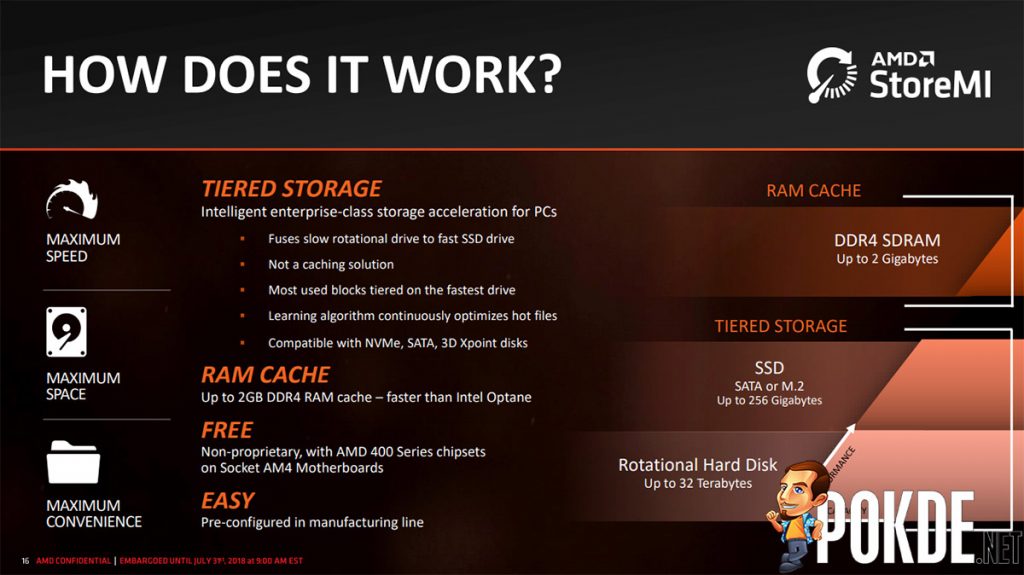 StoreMI works by moving frequently used files onto the faster drives intelligently, without any user input. It works with NVMe, SATA and 3D Xpoint disks, or essentially every kind of storage drive out there. To further amp up performance, you can dedicate 2GB of DDR4 RAM as cache. The best thing about it is that it is free with all AMD 400-series chipsets. 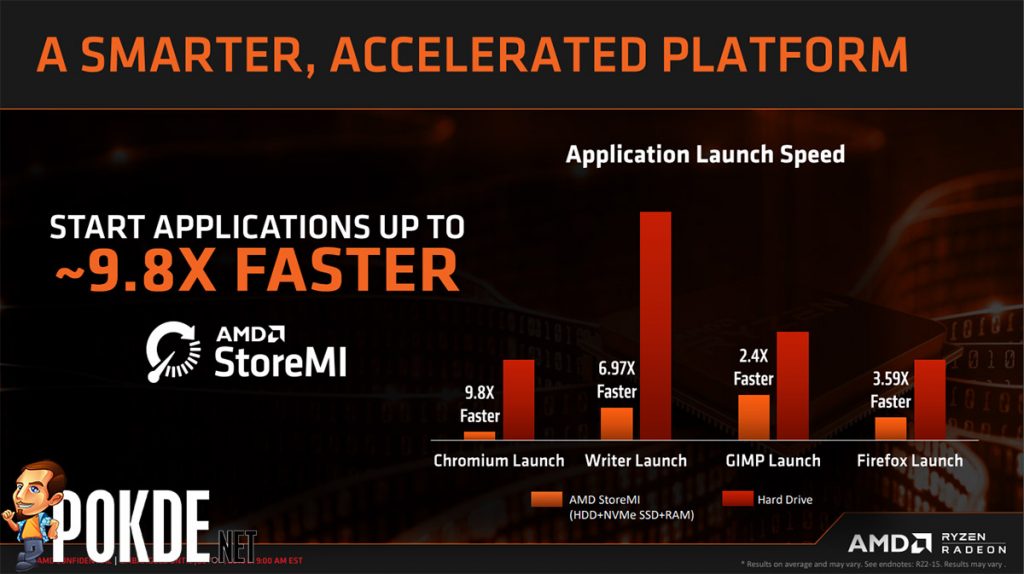 AMD claims that you will be able to start apps up to 9.8x faster with StoreMI, with a HDD+NVMe SSD+RAM setup, as compared to a standalone HDD. The intelligent drive tiering and RAM cache enables you to save costs as well, as you can opt for a huge hard disk drive and a fast, smaller SSD and enjoy exceptional performance.

The AMD B450 builds upon the AMD B350 platform, delivering all the features a gamer will need. The AMD B450 chipset is usually implemented in motherboards that are more affordable than those based on X470, thus they offers amazing value for gamers who don’t intend to run more than a single graphics card. 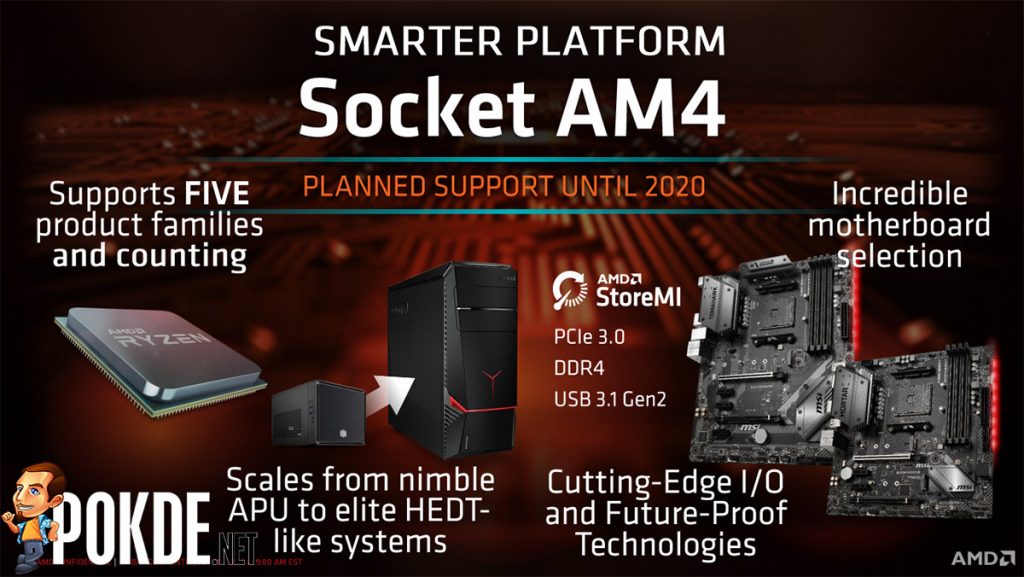 AMD has also promised that they will be supporting Socket AM4 until 2020, which means that the platform still has plenty of life in it. With five product lines based on the platform, it is definitely one of the more attractive platforms out there. Will you be getting a AMD B450 motherboard?

AMD Ryzen 5000 CPUs can run on ASRock X370 motherboards, but AMD really doesn’t want you to do that
Read More
1750

Xiaomi Mi A2 – Probably the craziest phone of the year!
Next