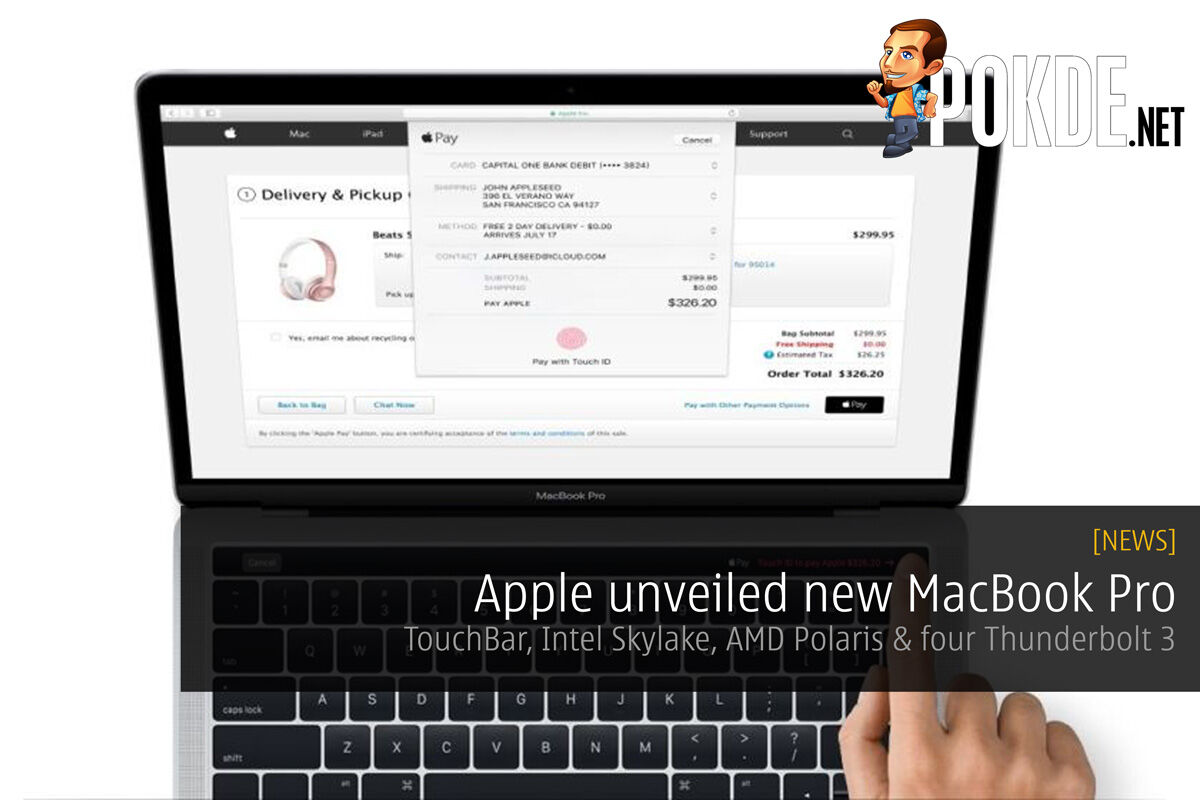 
After more than 4 years since the last update of MacBook Pro, today Apple has announced the new thinnest and lightest MacBook Pro. The new MacBook Pro will be available in 13-inch and 15-inch with new features and hardware specifications. 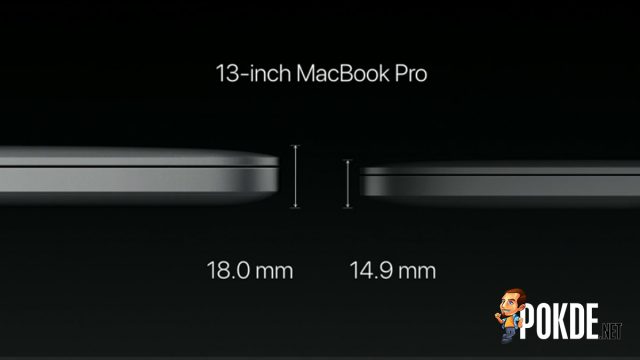 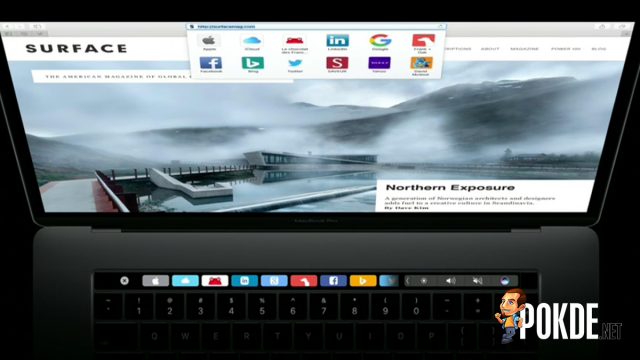 Both MacBook Pro features a brand-new trackpad which is x2 larger and a new keyboard using the second generation of butterfly key mechanism. The new MacBook Pro has no physical “esc” key as in integrated in a OLED touchscreen strip which is also replace the traditional functions keys. 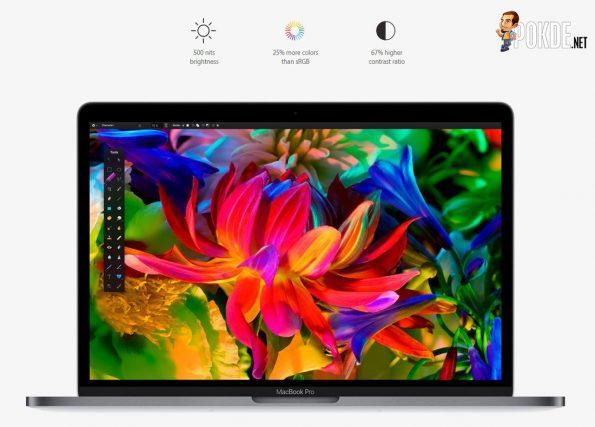 It also features the second generation of TouchID fingerprint sensor paired with an Apple T1 chip to unlock you MacBook Pro and supports Apple Pay for online transaction. A dedicated key for Siri is also available. 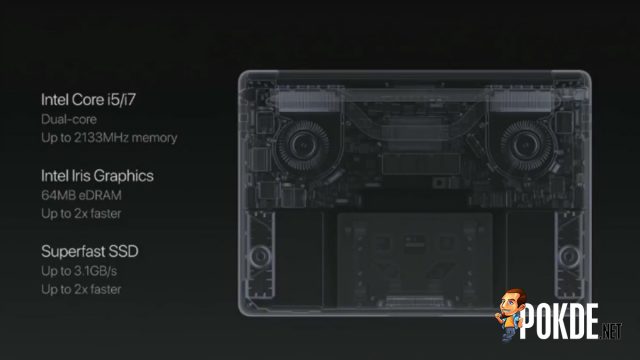 Both new MacBook Pro display are 67% brighter, 67% higher contrast and 25% more colors then the previous MacBook Pro. In term of specification it features 6th generation, dual-core Intel Core i5 on the 13-inch and with Intel Iris 540 GPUs. A quad-core Intel Core i7 processor on the 15-inch model with up to 16GB RAM at 2133MHz. For graphics processor unit, it comes with AMD Radeon PRO GPU based on AMD Polaris 14nm FinFet GPU. Storage wise it will be using faster SSD up to 2TB in capacity. The new MacBook Pro features total of four Thunderbolt 3 ports, two ports on each side with USB Type C supported. 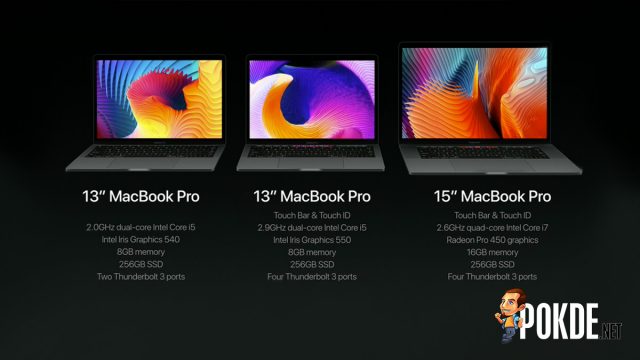 Running on the latest macOS Sierra, Apple claims that both new MacBook Pro has a battery life up to 10 hours of usage. The 13-inch model will cost you USD 1499 for standard function keys and USD 1799 with the TouchBar and TouchID. For the 15-model the price start at USD 2399. The new MacBook Pro line-up will be shipping in the next few weeks, probably the next holiday seasons.

Pokdepinion: The rumors that Apple will be using AMD Polaris for the GPUs is true but the downside it isn’t using the latest 7th generation of Intel Core series processor.