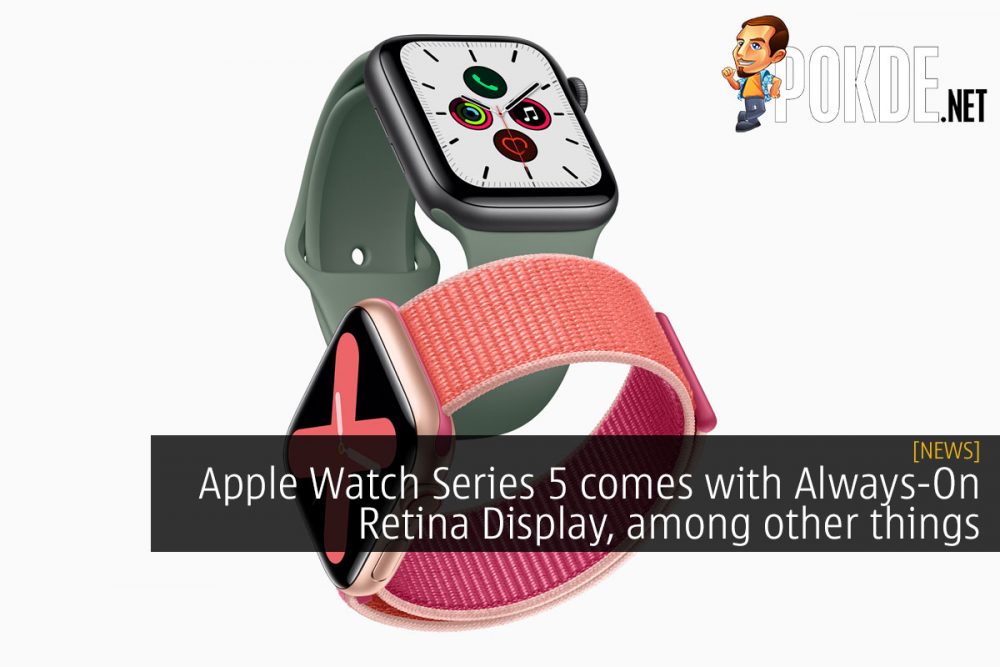 The Apple Watch series has been quite interesting. The last one added an ECG feature and fall detection, the former a feature which I didn’t really think was possible in the limited space of a smartwatch. The new Apple Watch Series 5 doesn’t really one up its predecessor in terms of feature, but refines it. 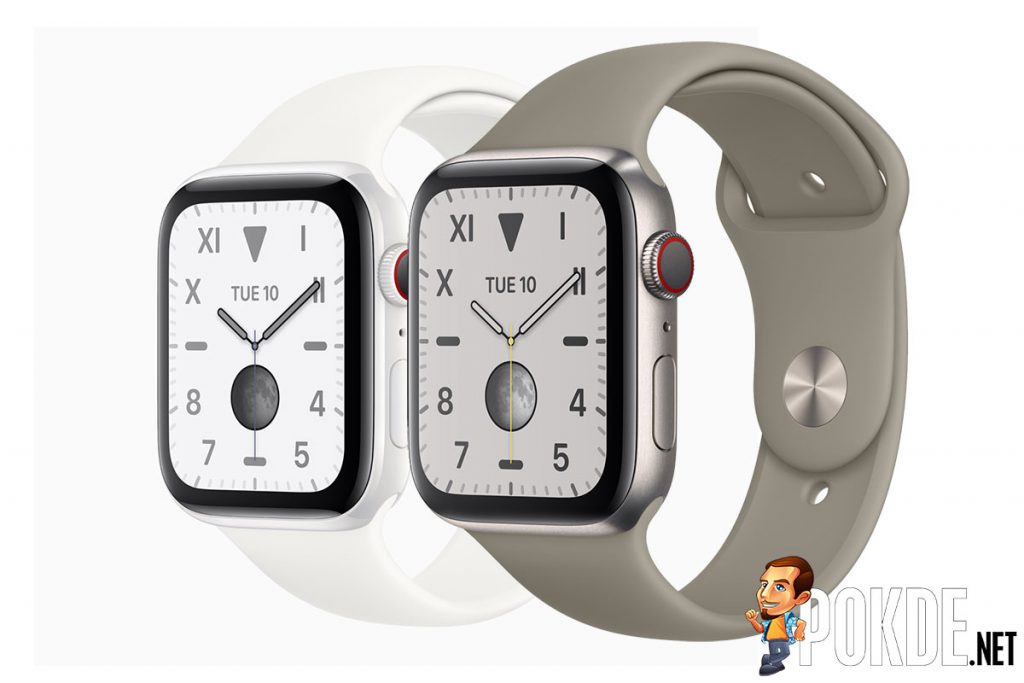 For starters, the Apple Watch Series 5 will be offered in aluminium, stainless steel, ceramic and even titanium. The latter two are pretty exotic materials for smartwatches, and it would be interesting to see how they stand up to regular use, especially ceramic being a rather fragile material.

On the front we have a new Always-On Retina display which… is always on. Instead of a regular LTPS OLED display, Apple went with a LTPO OLED panel backed by an ultra-low power display driver. To further lower power consumption, it also packs an ambient light sensor to ensure optimized brightness according to your surroundings. Apple promises all-day 18-hour battery life with the Apple Watch Series 5. 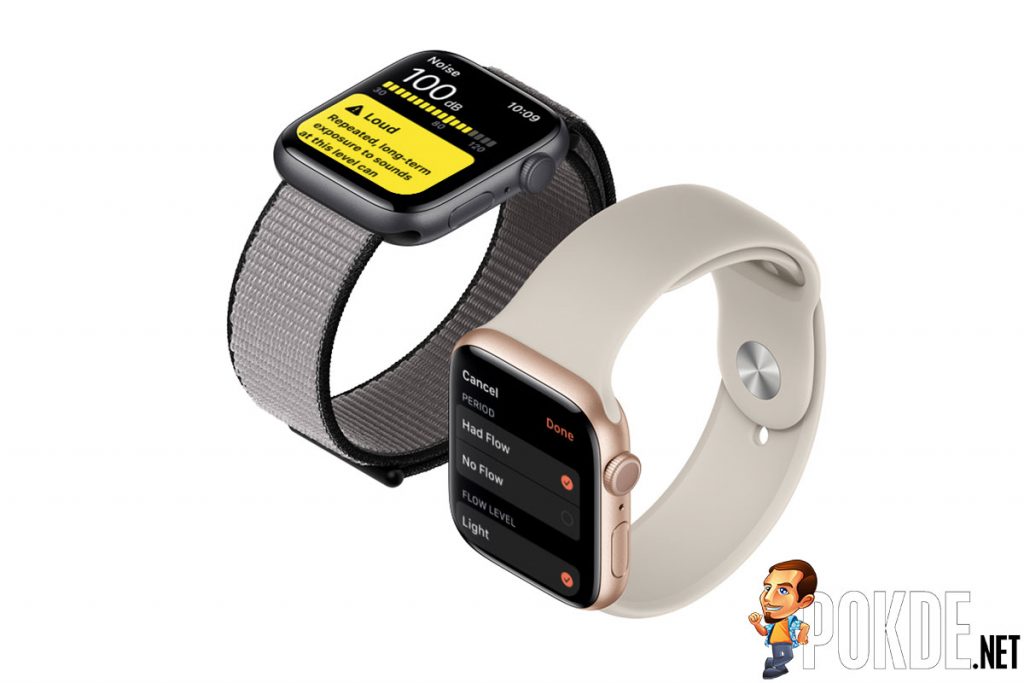 The health-centric features of the Apple Watch Series 5 gets two new apps, Noise and Cycle Tracking. The former keeps track of your surrounding noise levels, and informs you when it reaches dangerous levels, while Cycle Tracking is for the ladies to log their menstrual cycle. Not as groundbreaking as the ECG feature, but it’s new.

For those of you who want a premium touch, Apple also partnered with Nike and Hermès for more options when it comes to band designs and watch faces.