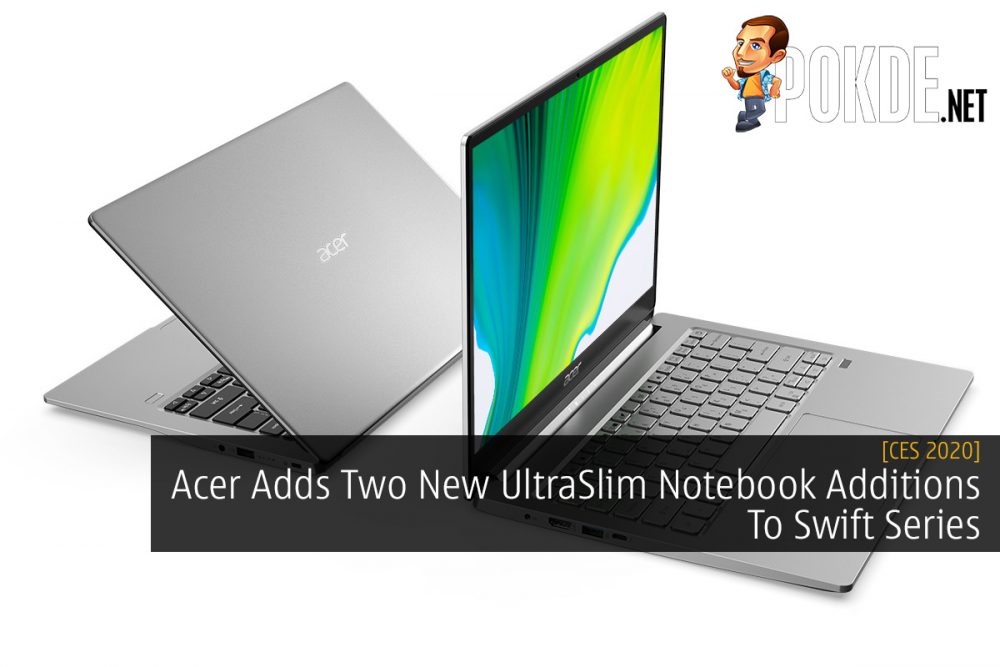 At CES 2020, Acer has not only introduced their new Predator gaming monitors, but also their new addition to their Swift series.

There’s two new Swift 3 models in their popular ultra-portable notebook series, with one of them being a 13.5″ (SF313-52/G) model powered by the latest 10th Gen Intel Core processor and the other being a 14″ model (SF314-42) powered by AMD’s Ryzen 4000 series mobile processor.

Measuring at just 0.63″ and weighing at 1.19kg, the Intel version of the notebook features 100% sRGB color space, Acer Color Intelligence, and Acer ExaColor technology to its display.

Coming with up to an Intel Core i7-1065G7 processor, Acer has said that the notebook can last up to 16 hours of productivity. There’s also fast-charging, giving 4 hours of use with just 30 minutes of charging.

As for ports, there’s a USB Type-C port that gives users fast data transfer speeds over Thunderbolt 3, USB 3.1 Gen 2, or DisplayPort. Adding to that, it uses a Dual-Band Wi-Fi 6 (802.11ax), offering three times the speed and reducing latency of up to 75% compared to Wi-Fi 5.

Pokdepinion: I’m looking for something ultra light to work on.. maybe I should have a look at them..

PokdePicks:Redmi Buds 3 Review — it’s all about the bass
Read More
1049