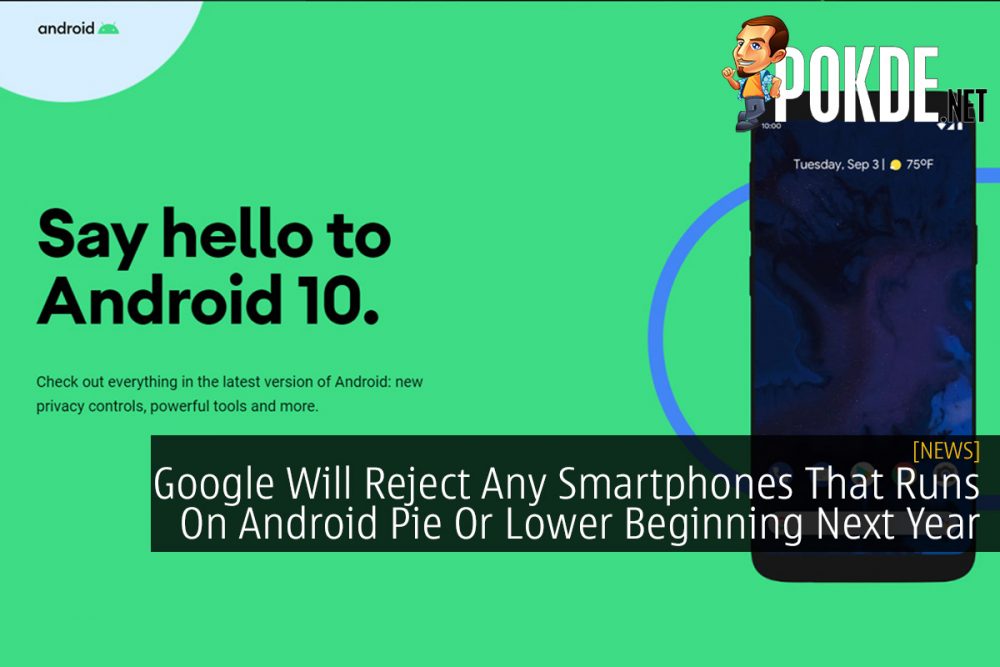 Xdadevelopers has reported that Google will not be approving any smartphones that runs Android 9 Pie or lower starting next year (2020), precisely on the 31st of January.

Once the date arrives, Google will only be approving devices that’s running the latest Android 10. The information was revealed through Google’s latest GMS (Google Mobile Services) Requirements for OEMs’/ODMs.

In order to be approved by GMS, OEMs will need to submit software builds to Google to them to be approved and to be able to be fitted in with their services, which includes services, Google apps, and the standard stuff.

Despite the news, it looks like Google will still approve updates for Android 9 Pie devices, at least until Google has launched the upcoming Android 11 OS, which is reported to launch in August 2020.

Pokdepinion: At least with this move, it’ll ensure that smartphone companies will keep their phones up to date.