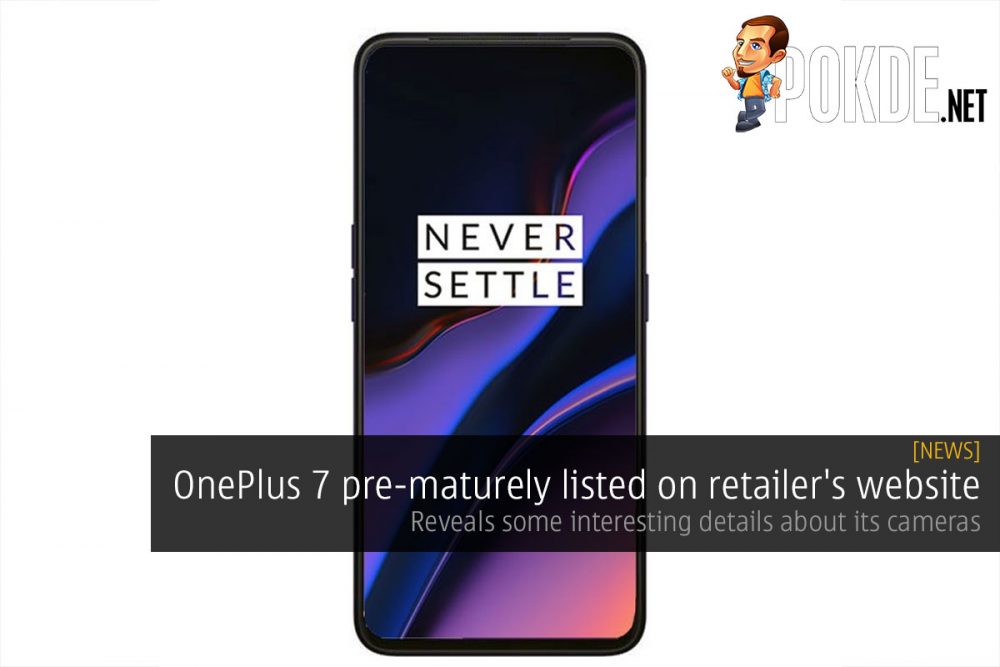 The OnePlus 7 isn’t due yet. It will probably arrive sometime later in May 2019, like its predecessors which usually launched in the middle of the year. But retailer Giztop has apparently decided to leak out the OnePlus 7 on its sales page, revealing some interesting specifications as well as the OnePlus 7’s pricing.

For starters, they seem to be quite confused about the front camera setup. They mentioned a 6.5″ Waterdrop display and a popup selfie camera. Unless OnePlus is really gunning for the selfie fanatic niche by using an unconventional dual-camera setup up front, this should probably be just a mistake.

Also, if it does come with a popup camera, it would mean that the unrated ingress protection on the previous OnePlus devices would most probably be gone. Unless, of course, OnePlus manages to seal a moving part. 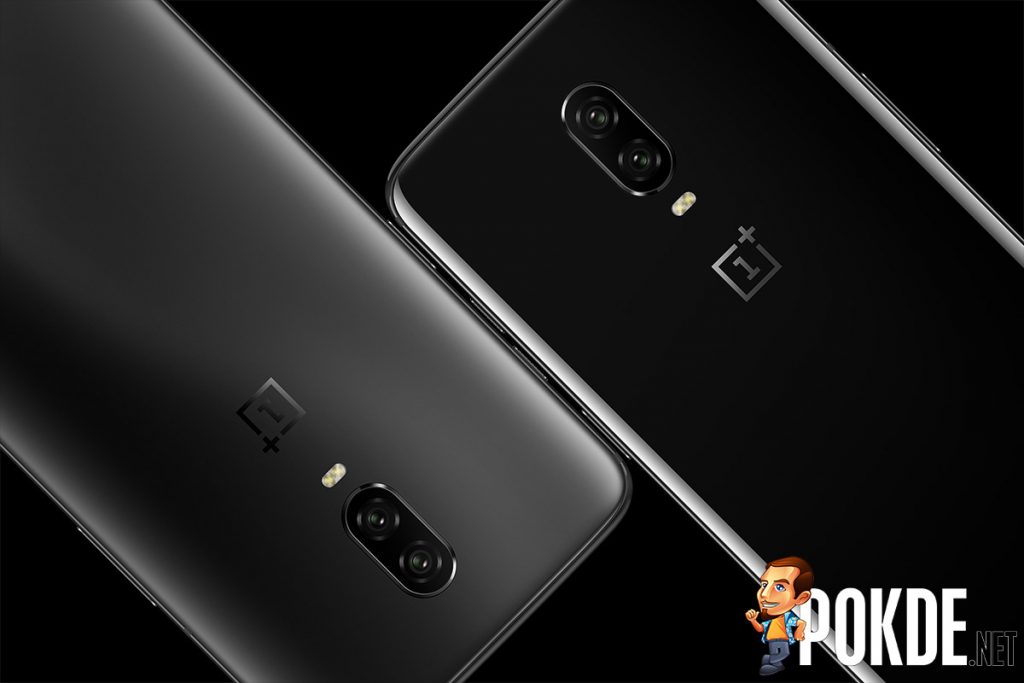 The rear cameras seems to be somewhat interesting, with a 48MP + 20MP + 5MP setup. It’s somewhat curious to see a 5MP camera in a flagship device, as there really is no function for a dedicated depth sensor when you already have secondary cameras.

If the specifications are real, the OnePlus 7 will feature the most RAM and also the largest battery in the history of OnePlus devices. It’s slated to be offered with a 12GB RAM option, and come with a 4000 mAh battery. There is apparently going to be a new 44W Dash Charge. Why not just go for the 50W SuperVOOC from OPPO? 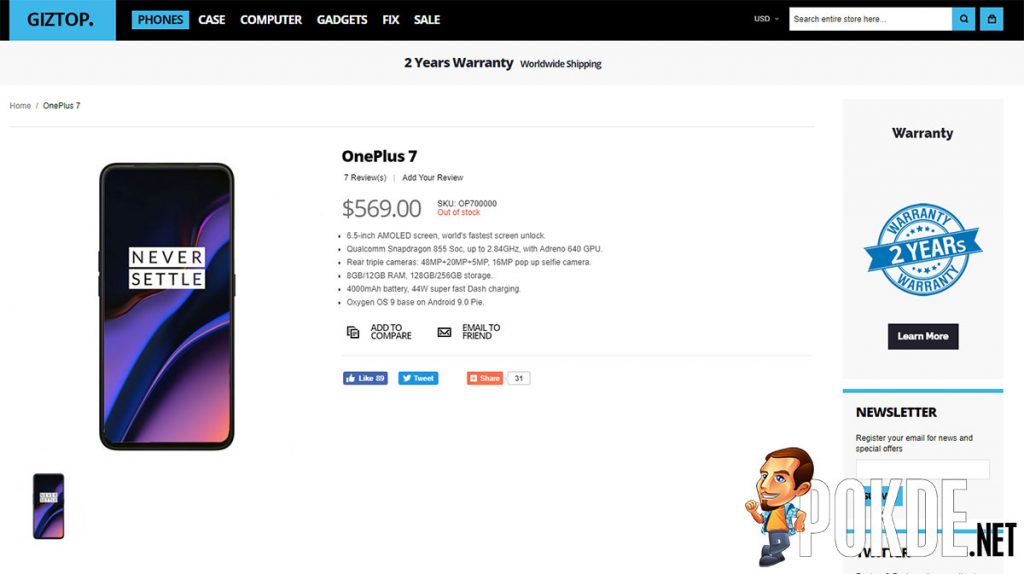 The leaked pricing for the OnePlus 7 does seem to mean that OnePlus is yet again raising the bar for its “flagship killer” pricing. Considering that Xiaomi is offering their Mi 9 for much less, I wonder if OnePlus is even relevant at this point. What do you think?

Pokdepinion: Never Settle? More like settle for higher prices because we are famous now.