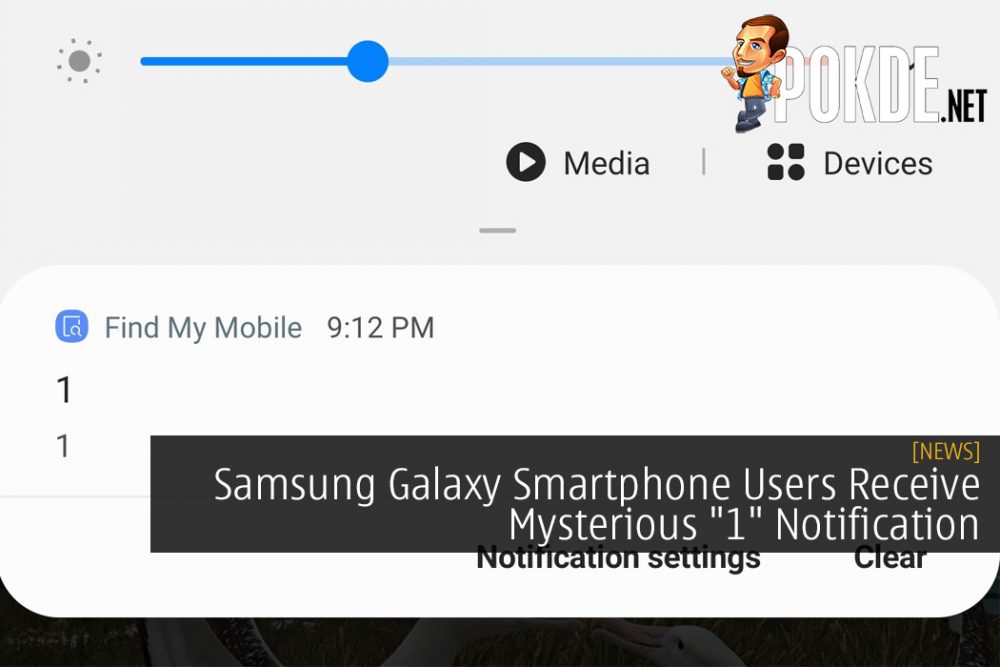 Samsung Care Ambassador: “From what I can tell, this is a some test on Samsung’s end to assure services are working. U expect Samsung will make an official statement explaining but I want to mention it now to hopefully put some of you at ease.”

Something mysterious, yet interesting has happened with various Samsung Galaxy smartphone users all over the world. It appears that a number of users have reported getting a mysterious notification that simply reads “1”, with another number 1 right below it.

There’s no clue as to what exactly the notification is supposed to be. According to a known engineer, Rafael Rivera, a Samsung Care Ambassador mentioned that this is a test done by Samsung to ensure that services are in working order. The company is expected to make an official statement explaining the matter but they would like to mention it now to ease the tension.

There’s no clear indication as to what models receive the notification. From what we’ve discovered, it’s a wide array of devices, including the Galaxy S10 series, Note 10 series, and the Galaxy Z Flip. From what we understand, there shouldn’t be an exclusivity on who receives the notification, just a matter of using the brand’s line of smartphones.

Interestingly, our very own Superdaddy also received the same notification on his Samsung Galaxy Note 10+.

This isn’t the first time that smartphone users have received odd notifications however. OnePlus users have reportedly received a notification with garbled text and Chinese characters which was said to be for a failed internal test with regards to a software update.

Simply put, there’s nothing to be worried about if you have received the notification. It could be a teaser of sorts for what’s to come, but we’ll have to wait for an official announcement first to be certain.

Pokdepinion: I know I’d be curious if I received it myself. I wouldn’t be worried about it, though.

Aiman Maulana
Jack of all trades, master of none, but oftentimes better than a master of one. YouTuber, video editor, tech head, and a wizard of gaming. What's up? :)
Pokde Recommends
AndroidgadgetglobalMalaysianotificationSamsungSamsung GalaxySmartphoneGadgetNewsSmartphone
MORE
Read More
286

Nintendo Switch Could Be Having a Supply Shortage Soon
Next