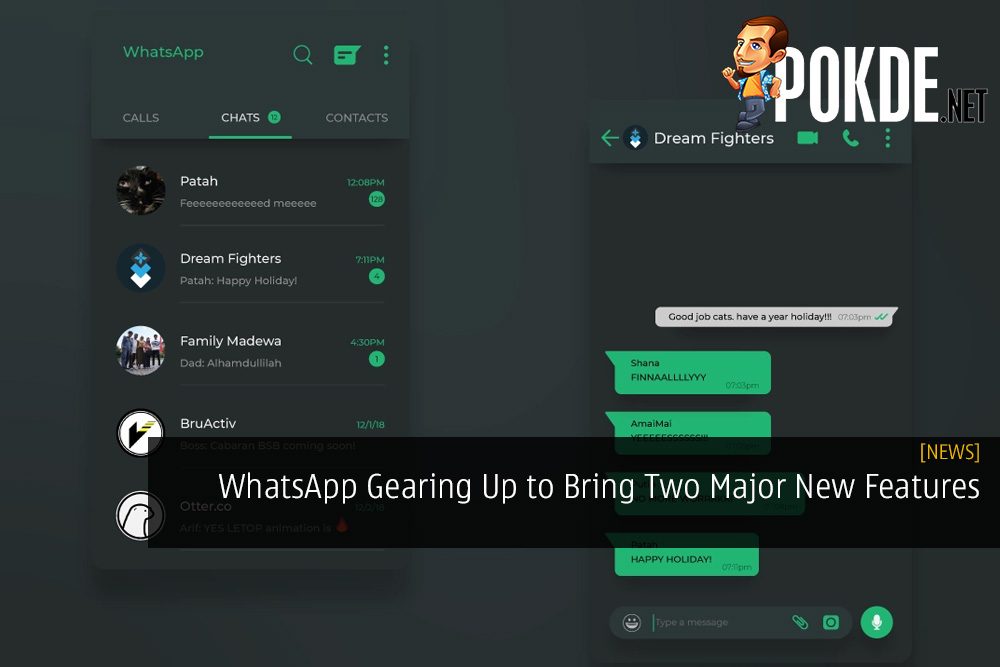 It appears that WhatsApp has been testing a couple of new major features that they’re set to introduce in the near future. It’s none other than Dark Mode and self-destructing messages. These two features have been made available in recent beta versions so it will pop up sooner or later.

As you can tell, Dark Mode on WhatsApp has been highly requested by many users for a long time now. In fact, it’s one of the most popular requests for pretty much any app out there.

It will be made available together with a Light Theme and the System Default Theme. It is expected to be slightly different than the one implemented in Instagram however. It will be providing a minor intensity of the inverted colour alternatively to the black colour.

As for self-destructing messages, it’s similar to what we have on rival messaging platform Telegram. Users can set a timer for certain messages from anywhere between 5 seconds to a month. After the timer has elapsed, the message will be removed completely.

There’s no exact release date for the new features. However, we do expect Dark Mode to be made available sooner rather than later. We will be reporting more on this matter as soon as information becomes available so stay tuned to Pokde.net for more details.

Pokdepinion: I’m pretty happy with Dark Mode on the desktop app already. I just want dark colours on everything since it’s way easier to look at.

Aiman Maulana
Jack of all trades, master of none, but oftentimes better than a master of one. YouTuber, video editor, tech head, and a wizard of gaming. What's up? :)
Pokde Recommends
AppcommunicationDark ModefacebookInstagramMalaysiamessagesmessagingMobile ApplicationNewsSoftwareSystem
MORE
Read More
546

unifi Is Offering You The Chance To Catch The 30th SEA Games With Tanah Pusak...
Next