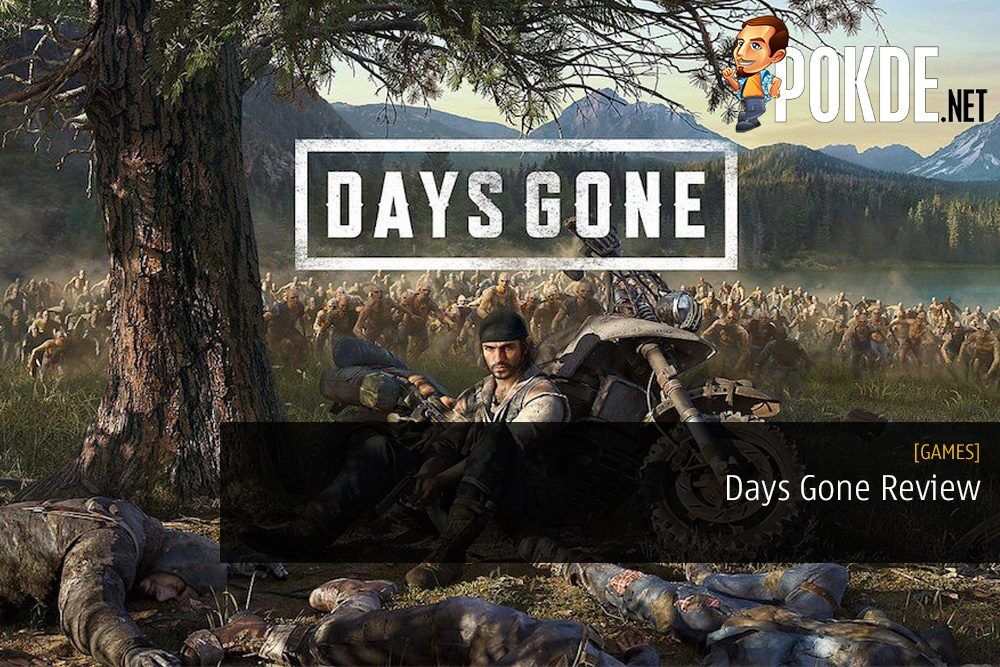 The latest PS4-exclusive game around is a post-apocalyptic zombie game in an open world environment. Could this be the zombie game we should've had years ago?

On paper, Days Gone sounded like a recipe for success. Unfortunately, it doesn’t seem to be optimized for the base PlayStation 4 console, which leads to insanely long loading times, and does come with some noticeable bugs.

What is Days Gone About? 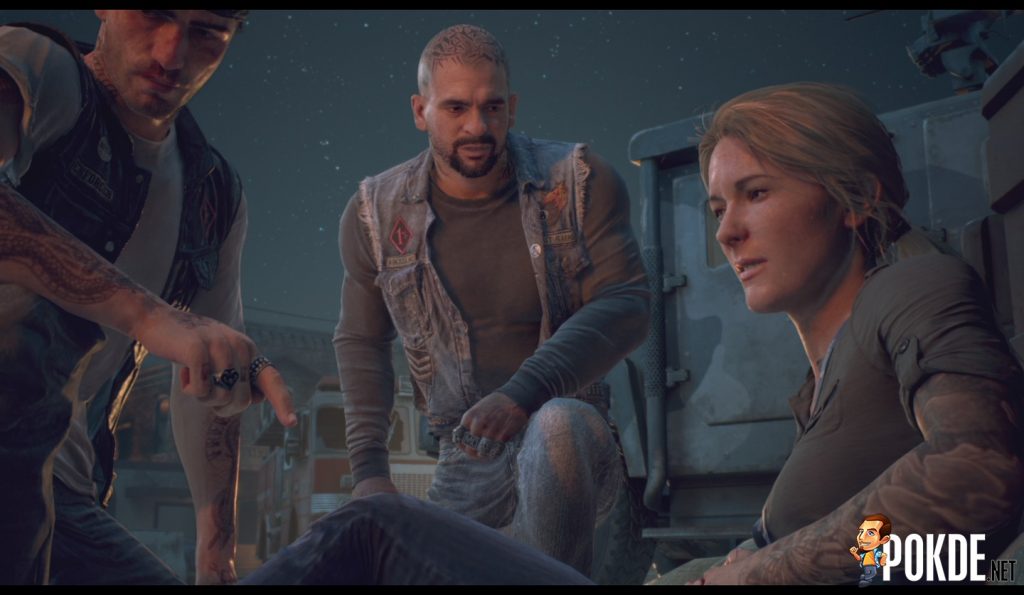 In Days Gone, a viral outbreak has transformed most of humanity into uncontrollably violent creatures known as Freakers. Protagonist Deacon, his wife Sarah, and his friend Boozer attempts to flee for safety. Due to a critical injury, Sarah is forced to be evacuated by the National Emergency Response Organization (NERO), leaving the other two behind. 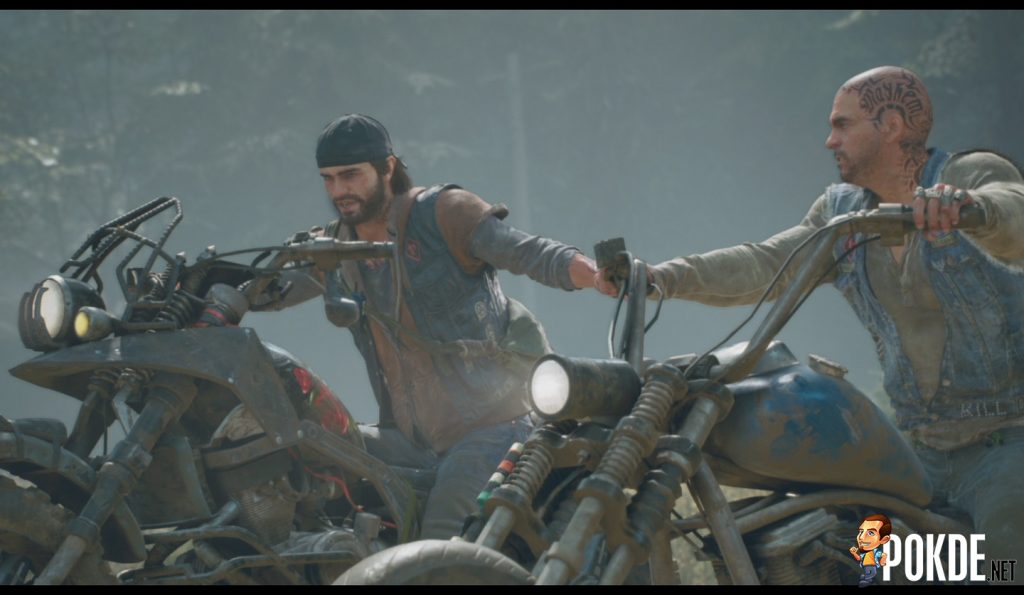 Two years after the event, civilization has collapsed and most of humanity has mutated into the violent Freakers which is a great threat to mankind. Deacon and Boozer now work as freelance bounty hunters in the remnants of Oregon. Not long after, Deacon discovers that the NERO camp that Sarah was evacuated to was overrun by Freakers, leaving her fate unknown.

With nothing much left to do, Deacon and Boozer set out to find better opportunities to survive against the Freakers while also evading the equally-violent Rippers cult. Along the way, Deacon finds NERO helicopters carrying the research team, leading him to believe that his wife may in fact still be alive somewhere out there. 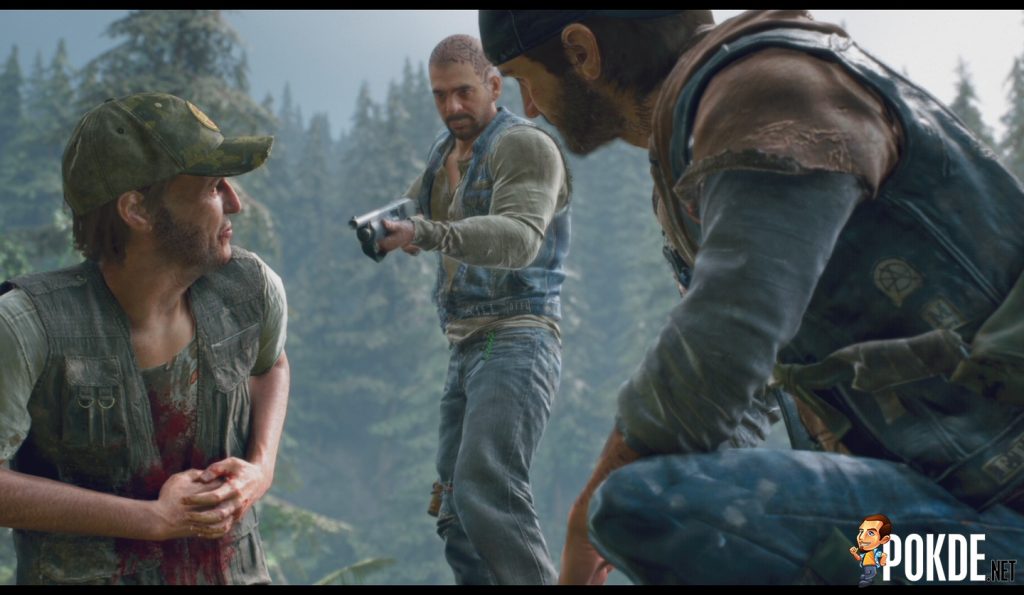 Days Gone is an action-adventure survival horror game set in a post-apocalyptic open world environment. Think of it like Grand Theft Auto, where you can explore the world and complete a variety of missions, but with zombies across the world map. As such, you’ll be doing the main quests, which is where the bulk of the game’s storyline comes from, and optional side missions. 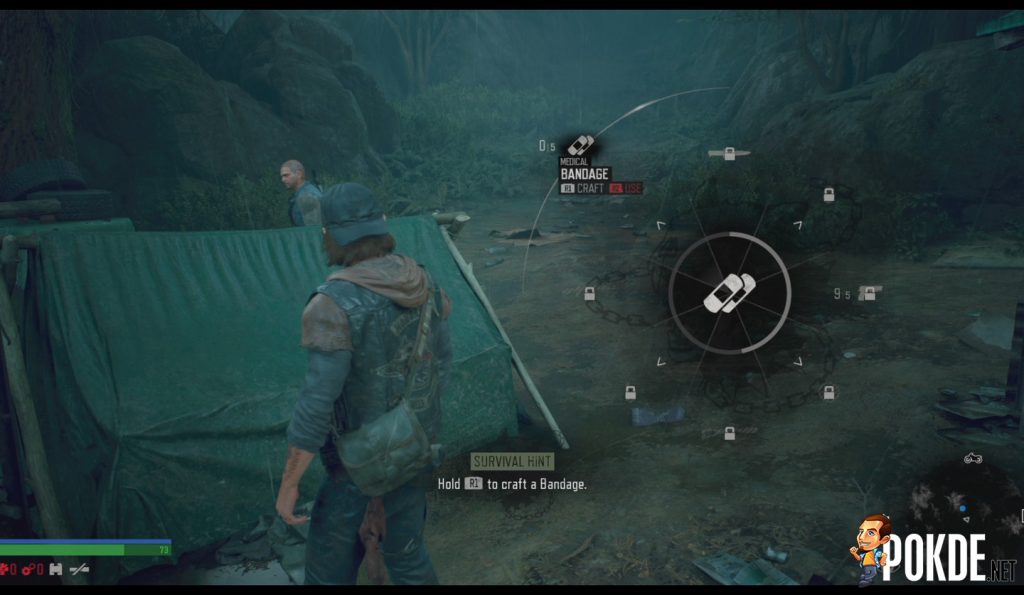 In the early parts of the game, you can consider it as a tutorial of sorts where it teaches you all the necessary mechanics. This includes collecting materials, crafting items, combat, and more. Like with most games, it only truly takes off halfway through the game. For the most part however, the main quests are quite linear, simply having you complete the objective and be treated to more narrative bits.

As for the optional side missions, most of them won’t pop up until a noticeable time later. It usually triggers as a result of completing specific main quests and going around the world map. While there is a decent variety of it such as clearing out Infestation Zones and looking up new caps, it does get quite repetitive after a while. The rewards aren’t very significant, which can make you feel like you need to grind if you want the best equipment around. 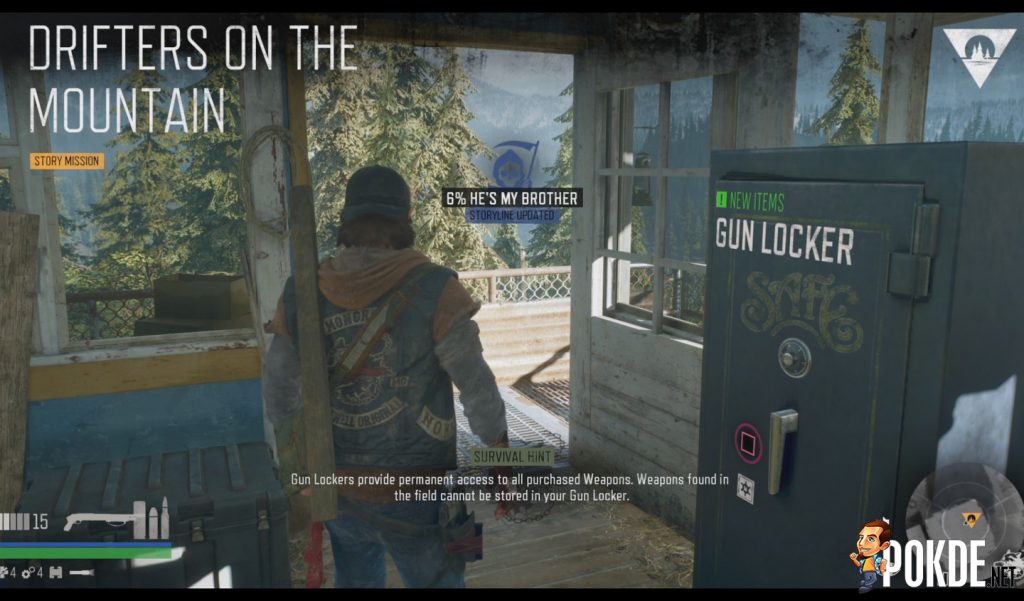 On the plus side, it’s quite easy to stumble upon these optional missions as there will be a noticeable prompt for gamers to rely on. For example, the protagonist will occasionally receive messages via radio communication that will request for his help. This makes it easier for gamers who may lack the intuition for open world games and not make people feel like they’re missing out on a lot of content. However, this can make the game feel overwhelming for those who aren’t used to the genre. 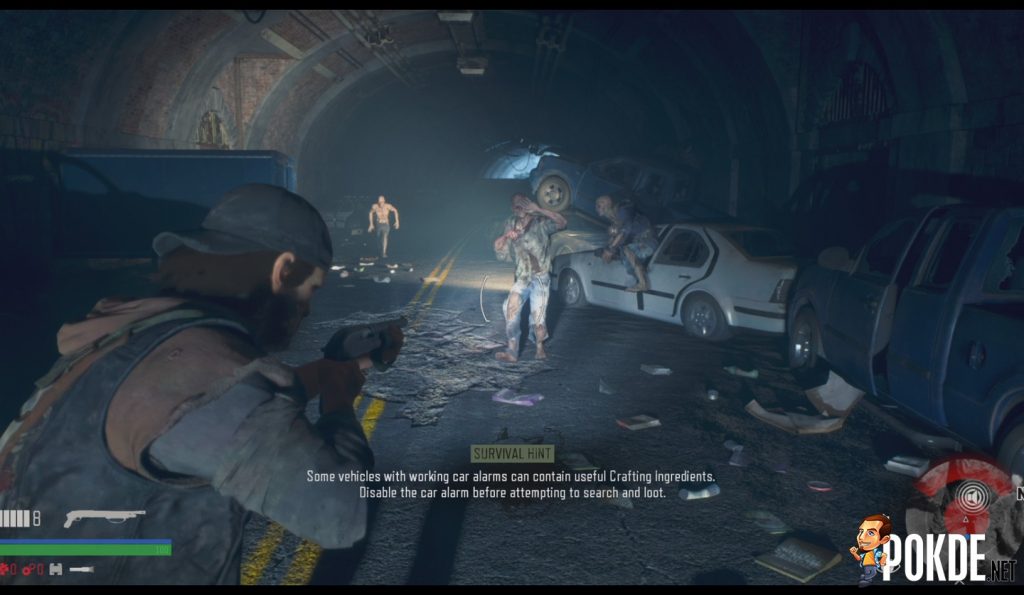 For the most part, the game doesn’t require you to overthink when it comes to survival. Simply collect items, craft what you need, and gun down the Freakers. There are multiple ways you can go about when it comes to dealing with Freakers, with the first being to directly attack them. You can use guns and melee weapons in your inventory to do this.

Keep in mind that there are limitations to weapons. Your guns will be limited by ammunition, which you can replenish by scavenging around, and your melee weapons have limited durability. When the durability reaches zero, it renders the weapon unusable. While the direct approach is the simplest, it may not be the wisest and you could find yourselves overwhelmed by the sheer number of Freakers. 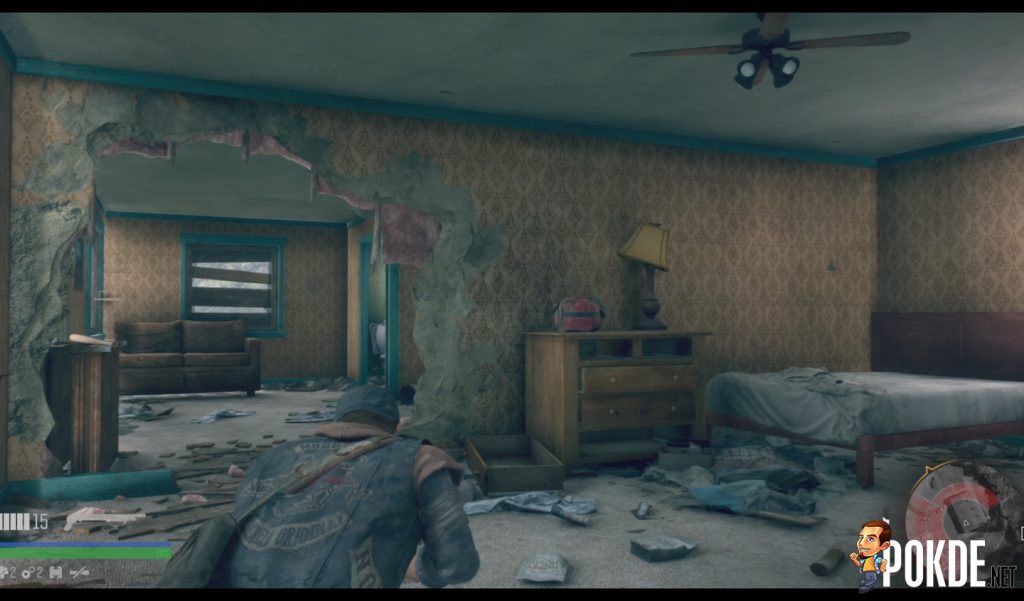 The alternative is the stealth approach, where you can sneak behind them for instant takedowns. In this case, you will be using various environmental elements to stay hidden, such as bushes, walls, and behind large objects. The Freakers and other enemies are sensitive to sound, and it can be easy to accidentally alert them. Essentially, it’s nothing complicated and it is nothing new for the genre.

In fact, it just seems like your average open world adventure game but with zombies around. This wouldn’t be too bad if the game was well-optimized for the base PlayStation 4 console. The game takes almost five minutes to load, which is an insane amount of time to wait, and the draw distance is horrendous. To put that to perspective, the game has trouble loading textures and environmental details even that are just mere meters away from the protagonist. 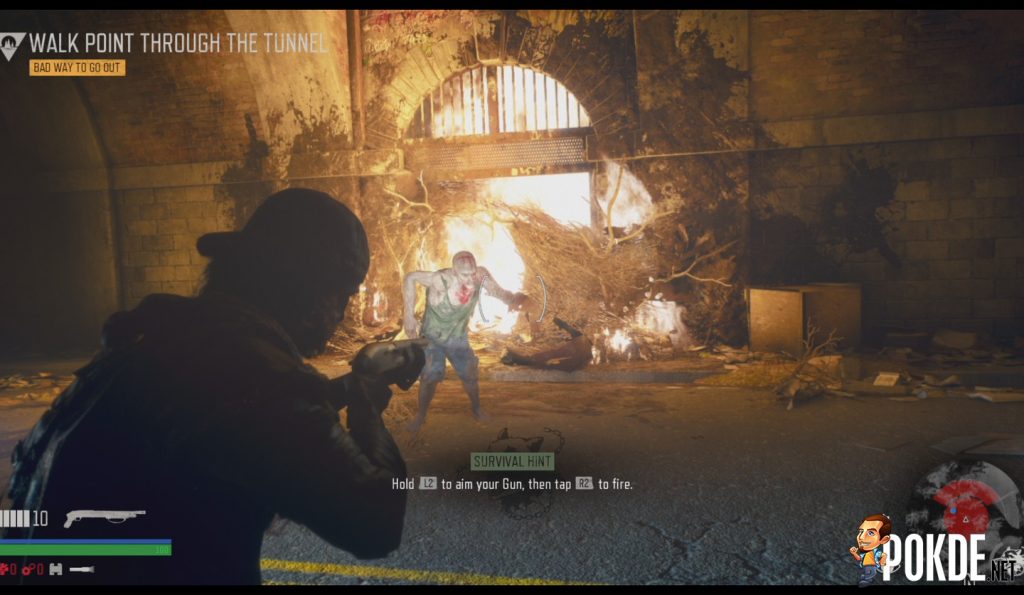 To top it all off, I’ve personally faced some bugs and glitches in the game. The game crashes at times which forces me to restart the game and lose some progress, there are occasional stuttering when moving around, and the environmental sound just goes completely silent from time to time. With regards to the latter, this could turn the Freakers into silent killers, making the game unnecessarily harder. While a new update has addressed some issues, the sound glitch has still not been fixed. 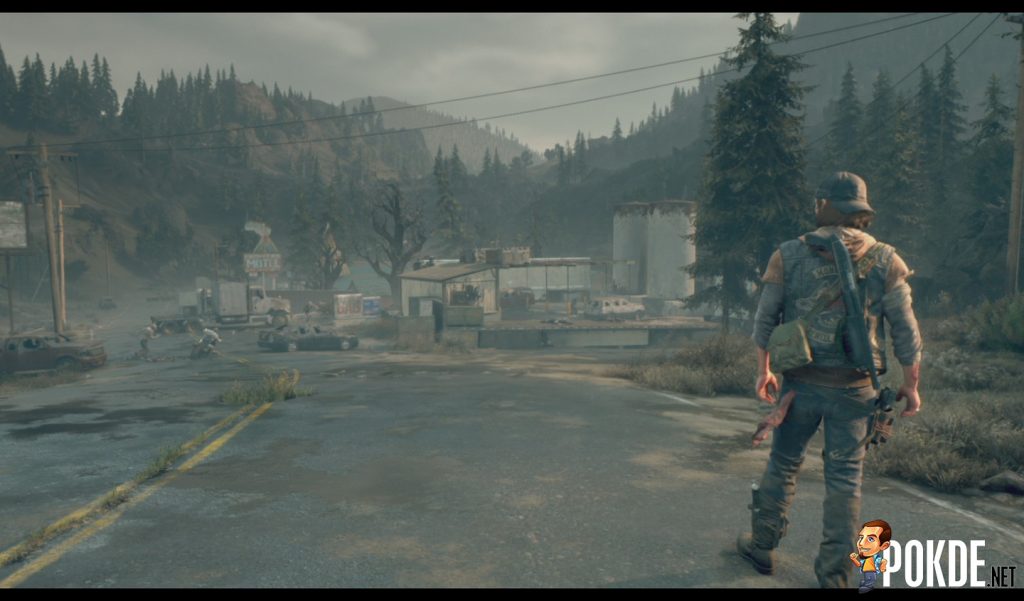 On paper, Days Gone sounded like a recipe for success. A zombie apocalypse game in an open world environment with good visuals and a more realistic physics engine. Unfortunately, it doesn’t seem to be optimized for the base PlayStation 4 console, which leads to insanely long loading times, and does come with some noticeable bugs. It’s not game-breaking by any means, but it can ruin the gameplay experience when it happens.

The game has received an update which supposedly fixes many of these issues, but there are some that are still present and it’s still unoptimized. Like other open world games, it does get repetitive after sometime, but I feel like the developers could have offered more that would make the game stand out. For our Days Gone review, we award the game our Bronze Pokdeward.

Aiman Maulana
Jack of all trades, master of none, but oftentimes better than a master of one. YouTuber, video editor, tech head, and a wizard of gaming. What's up? :)
Pokde Recommends
ActionadventureapocalypseDays GoneexclusivegameGamingMalaysiaGamingPS 4ReviewSony
MORE
Read More
9512

GTA Trilogy Remaster Was So Bad, Rockstar Is Giving the Original Games for Free
Read More
1014

Why Are Fans Angry Over Tales of Arise Multiplayer Situation?
Read More
4858

Nokia 3.2 With Two-day Battery Life Now Available At RM499
Next