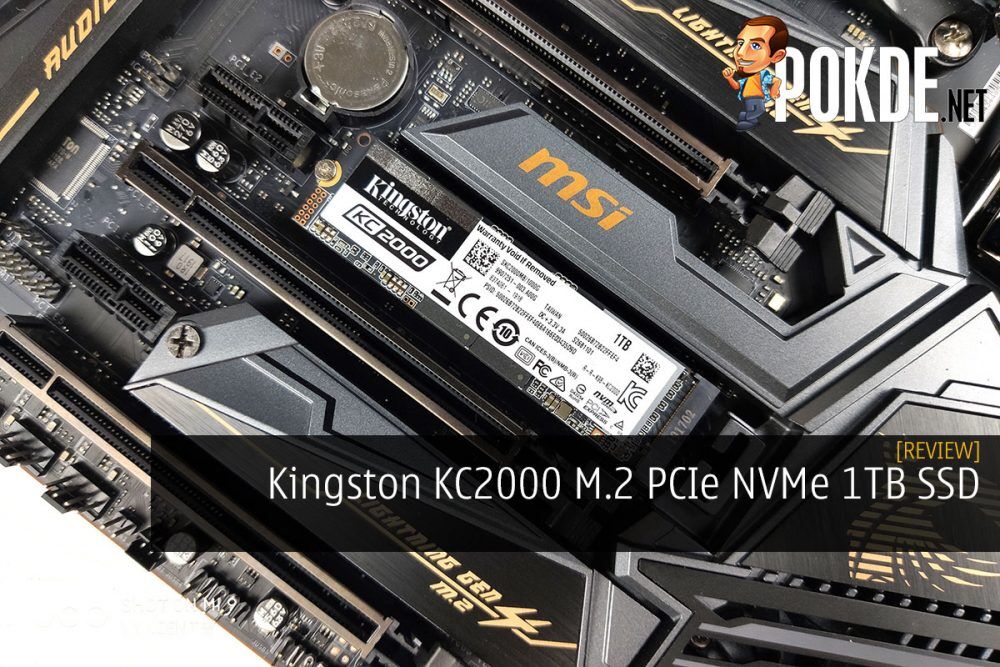 The Kingston KC2000 M.2 PCIe 3.0 x4 NVMe SSD is Kingston's most recent all-purpose SSD, offering affordable performance for gamers while also serving up all the security features a professional might need.

- Controller can get toasty under heavy loads

M.2 PCIe NVMe SSDs are becoming increasingly affordable, and the Kingston KC2000 is an excellent example.

Kingston has a really broad range of storage solutions, with a number of series like the A-series, UV-series and KC-series. We have seen a drive from the former two series, while this is the first time we are testing a Kingston KC drive, specifically the Kingston KC2000. This is actually the second member of the family, offering better performance for enthusiasts as well as all the security options professionals will need. Let’s take a look at it. 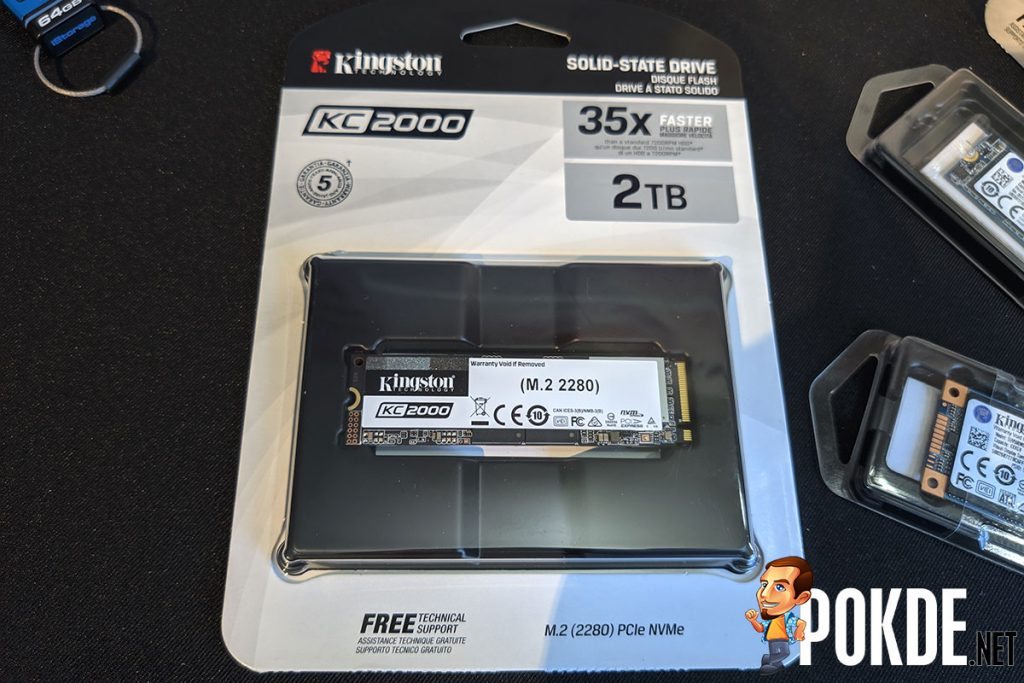 Packaging wise, there really isn’t much to see. It comes in Kingston’s standard card package, giving them the ability to save on shipping, I guess? The sad thing is that once you open the package you will never get it back. 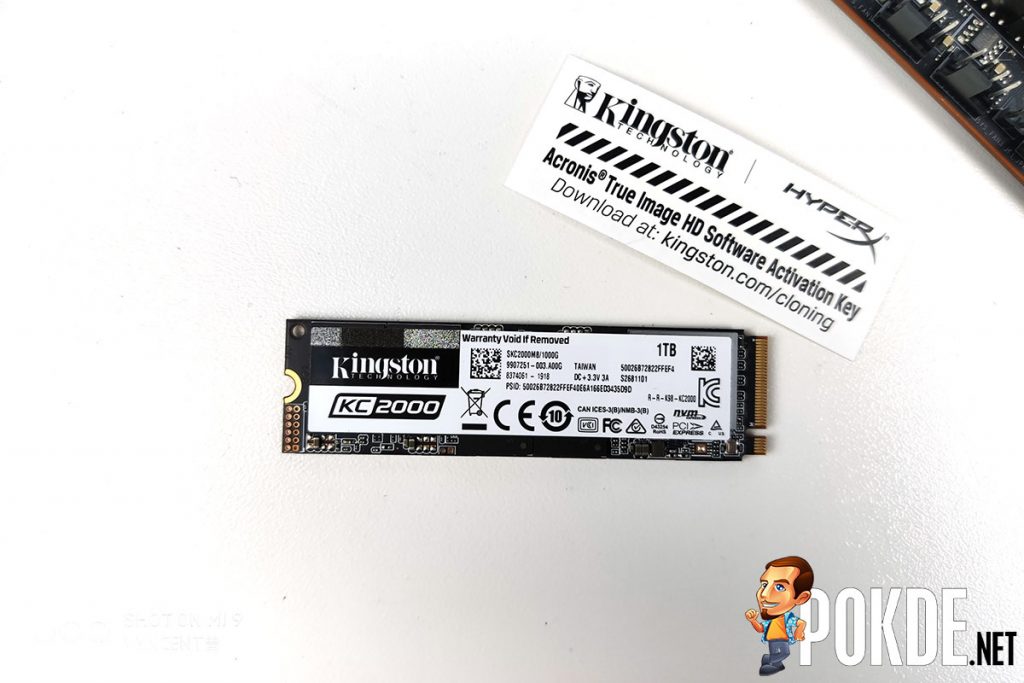 The drive itself features a pretty utilitarian sticker, which most probably won’t fit in with your build’s theme. However given that most motherboards nowadays come with heatsinks over the M.2 slots, you should be fine. The Acronis True Image HD license is a pretty good inclusion too for people upgrading from their older drives. 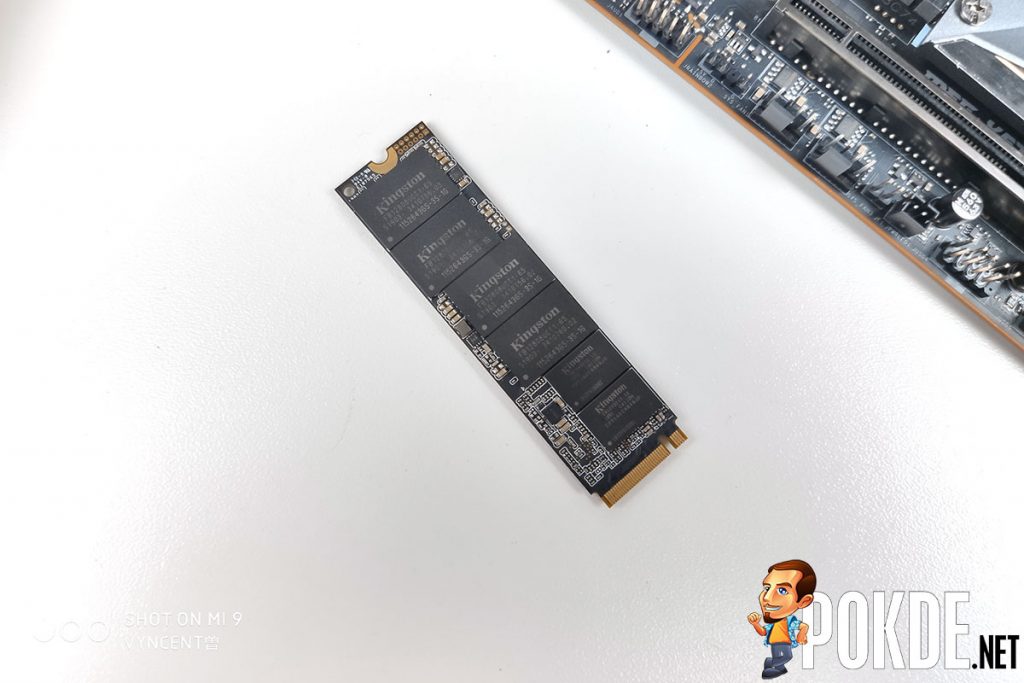 Interestingly, the Kingston KC2000 PCIe 3.0 x4 NVMe 1TB SSD has NAND on both sides of the drive. It points to them using lower density 3D NAND here, although given the controller here, having more flash channels would help with performance. There are also two DDR3L DRAM chips here for caching.

As far as performance goes, the Kingston KC2000 PCIe 3.0 x4 NVMe 1TB SSD is one strong performer. Just what you might expect from a PCIe 3.0 x4 drive.

it does deliver some awesome scores across the board, and it is currently one of our fastest SSDs in our labs. The temperatures are slightly worrying though, with the drive heating up to 64°C when we ran the CrystalDiskMark benchmark. We did the testing on an open bench without a heatsink on the thing, but since most decent motherboards nowadays come with M.2 heatsinks anyway, the toasty temperatures should not be too much of a concern. 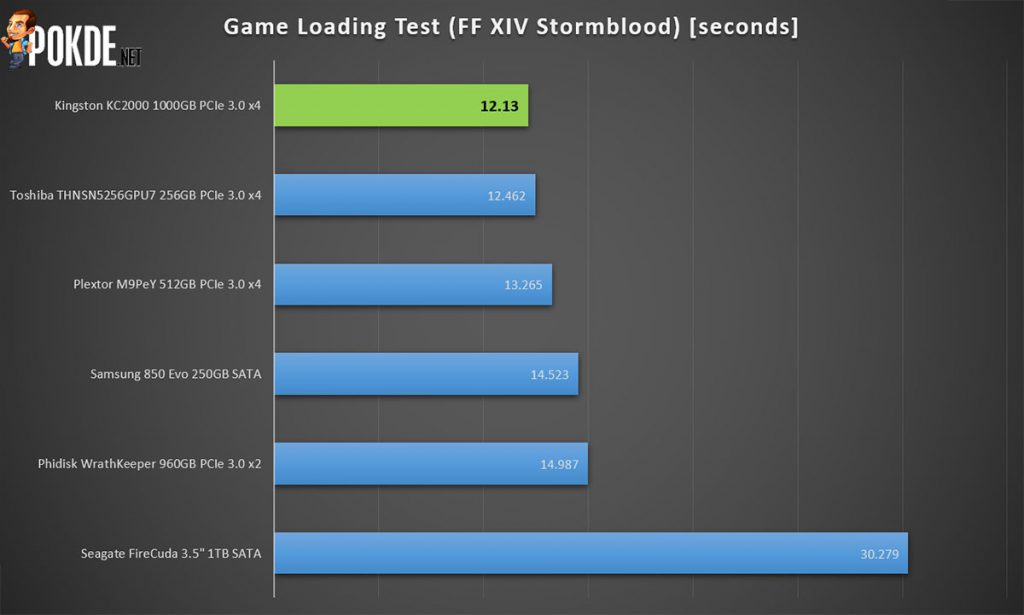 The Kingston KC2000 PCIe 3.0 x4 NVMe 1TB SSD delivers the fastest loading times we have seen yet, which bodes well for gamers. Considering that it is also pretty cost effective, it will also suit gamers who might use this to store their large game files. 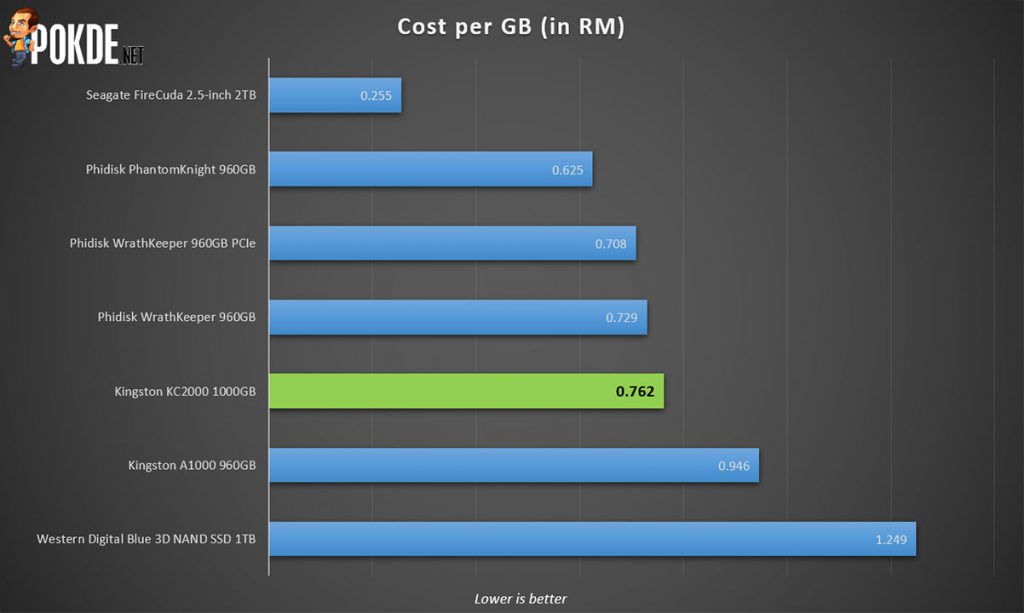 At RM0.762/GB, the Kingston KC2000 PCIe 3.0 x4 NVMe 1TB SSD is really quite affordable too. It might not be the most affordable drive we have tested, but as you can see, it is definitely the fastest when it comes to game loading times.

Is the Kingston KC2000 PCIe 3.0 x4 NVMe 1TB SSD a good purchase? I would say RM762 is a good price point for a 1TB drive. It’s fast, it’s affordable, and there’s only the issue with higher than expected temperatures. Not really an issue though considering that you would most probably be using the drive under a heatsink anyways.

Our thanks to Kingston for sending us the Kingston KC2000 PCIe 3.0 x4 NVMe 1TB SSD for review.

SSD prices to go up with 6.5EB of 3D NAND lost to contamination
Read More
4325

Saitama Mechanics In One Punch Man: A Hero Nobody Knows Revealed
Next