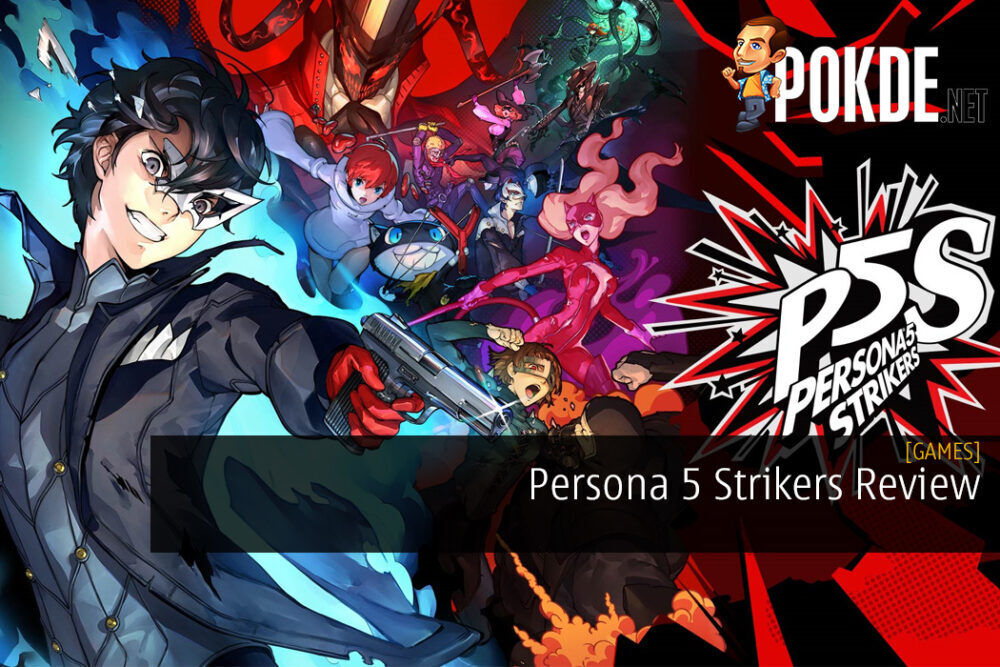 The Phantom Thieves of Hearts are back and this time, there's a new danger lurking in the shadows. Is it worth buying given that it's receive the Dynasty Warriors treatment? Let's find out.

- Storyline pacing is a bit too slow
- Can still get repetitive, albeit not as fast

Persona 5 Strikers is a pretty fun game, but it's also not a game for everyone.

What is Persona 5 Strikers About? 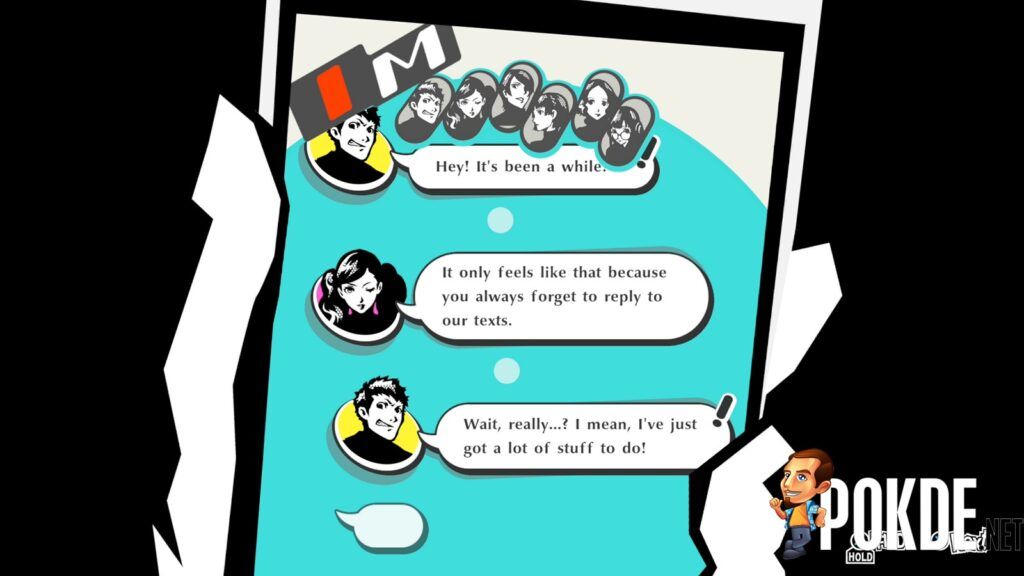 Persona 5 Strikers is an action RPG that takes place 4 months after events of the primary game, Persona 5. The protagonist, Joker, along with Morgana return to Tokyo for a Phantom Thieves of Hearts reunion and to spend summer vacation together on a camping trip. To prepare for the trip, they used a popular app called EMMA.

After bumping into idol Alice Hiraagi during preparations, the protagonists receives a card that requests them to put Wonderland into EMMA for a special event. Unfortunately, it resulted in them being transported into alternate dimension Tokyo called a Jail, where they meet Alice’s shadow who rules the place as the Monarch. 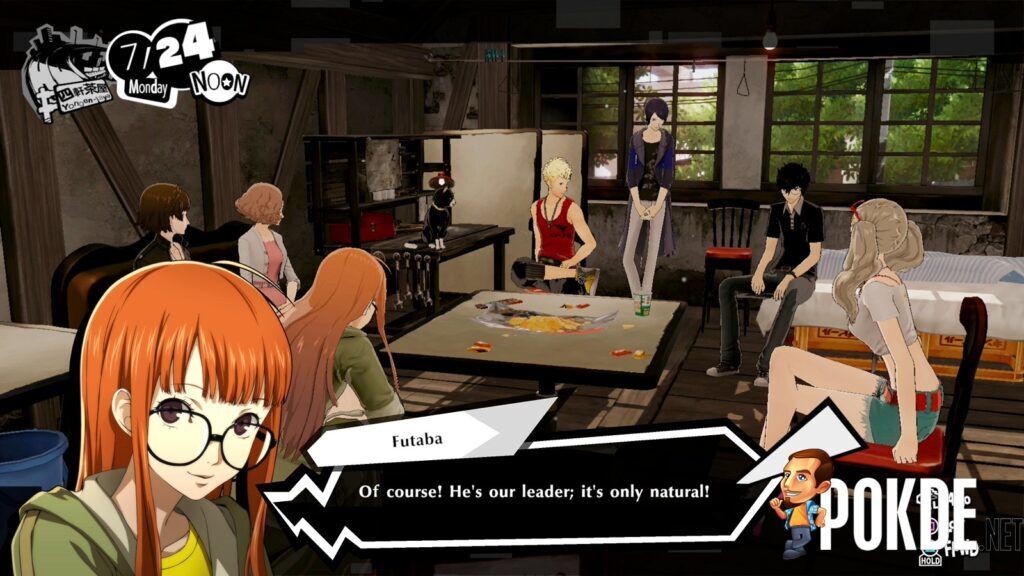 Soon after being thrown into a dumpster, they meet a sentient A.I. named Sophia, who joins the party and easily fends off the Shadows. They then learned of rumours that Shadows have been attacking people in Jails, which resulted in them behaving weirdly in the real world. The Phantom Thieves of Hearts banded up again to unravel the mysteries as well as the evil lurking in the shadows.

An Interesting Spin to the Dynasty Warriors Formula 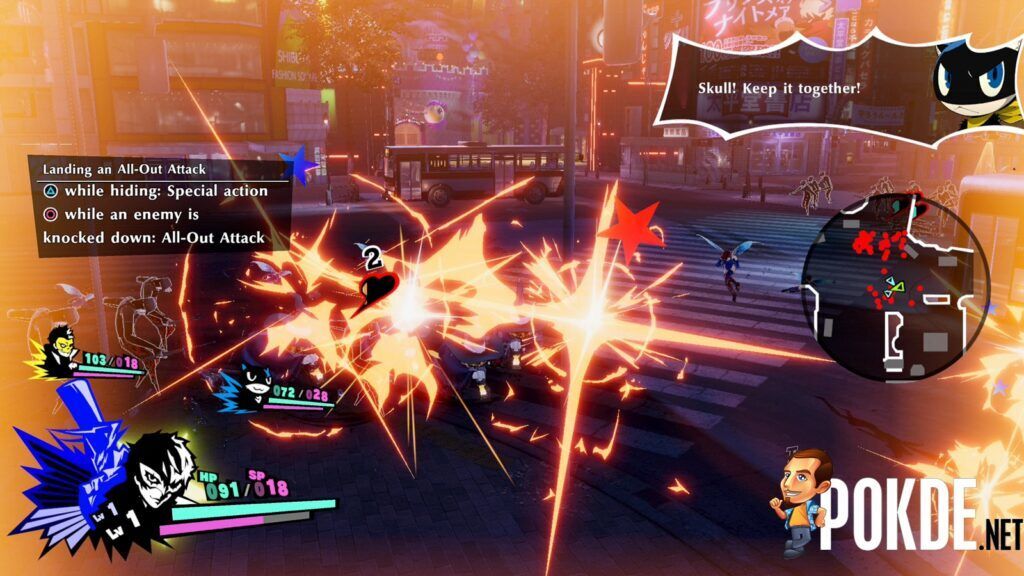 Typically when existing franchises are given the Dynasty Warriors treatment, they would just be a hack and slash game with characters and assets based on that chosen franchise. In the case of Persona 5 Strikers however, it feels like a proper mishmash of elements from two different franchises as you have the real-time action combat with the signature Persona mechanics.

As usual, you have your regular attack and special attack, which will create combos if you combine both together. For the most part, the game teaches you on the basics of combat and it’s nothing too different. What’s interesting here is that direct combat isn’t the only way for you to go about the game. Stealth is an option as you would want to ambush Shadows that have yet to spot for an advantage. This is a simple way to add strategic depth to the game. 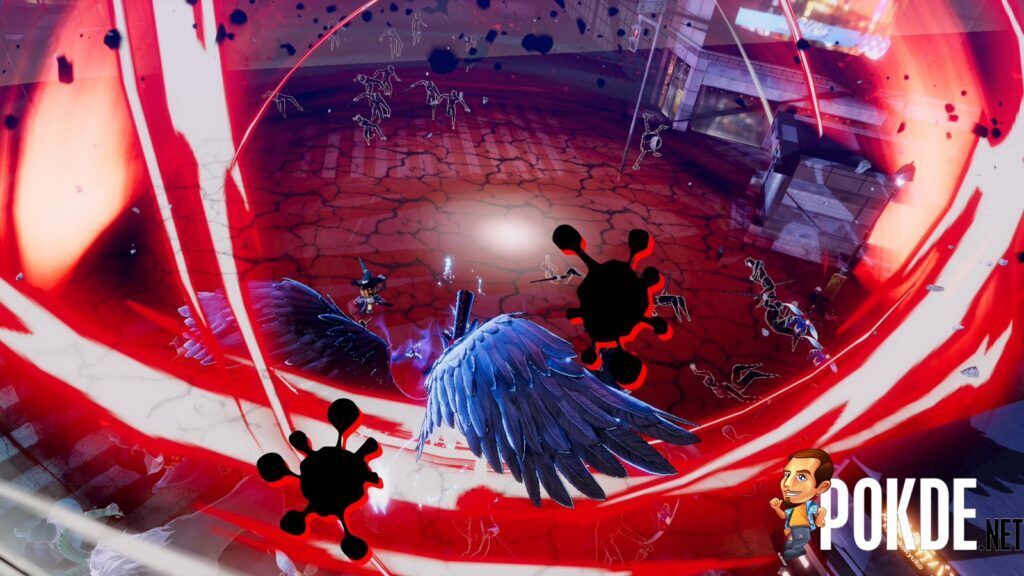 The primary protagonist, Joker, is essentially a permanent active party member, and you can have up to four active members at a time. You can switch between the active characters with the others being controlled by AI. This in itself does make the game more enjoyable as it will take far longer for you to grow weary of the game compared to just using one character all the time.

Going back to Joker for a moment, he is capable of using multiple Personas, which will be unlocked when you go through the game’s raandom drops and defeating certain dungeon mini-bosses. They can be fused in the Velvet Room to create new Personas, which you can then utilize in battle to wreak havoc. Shadows have particular weaknesses and the game typically tells you what they are, so it’s pretty easy for anyone to get into. When using Persona skills, the game will freeze in time to allow you to better position yourself strategically, giving that turn-based feeling again while still retaining its action-based nature. 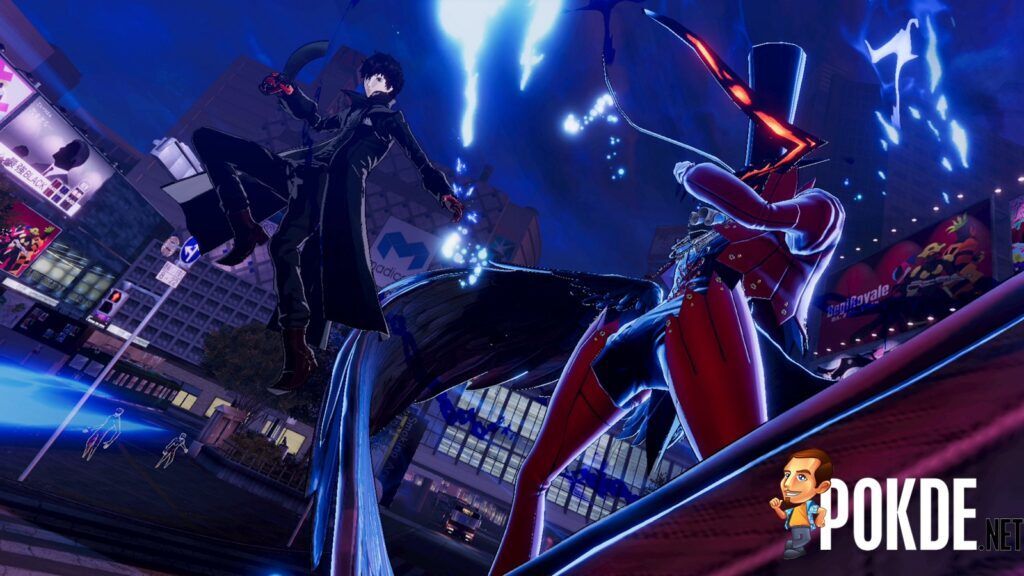 As you progress through the game, the Phantom Thieves of Hearts will start to learn special moves known as Master Arts. As you continue using them, you will gain access to new combo attacks and making it easier to increase your Showtime Gauge for that flashy Showtime Attack. I personally feel that it can get a bit spammy and a bit too easy but it’s still pretty cool, especially if you’re a fan of the series.

Overall, the combat system does quite a lot to be just another Dynasty Warriors spin-off of a franchise. It’s fully aware of what Persona 5 has and makes good use of their elements. Just because there’s more to do, doesn’t mean the game doesn’t feel repetitive however, but I can say for sure that it takes far longer compared to other Koei Tecmo / Omega Force games as a result.

Fancy yourself a monster hunting RPG? Check out our review of Nexomon Extinction by clicking right here. 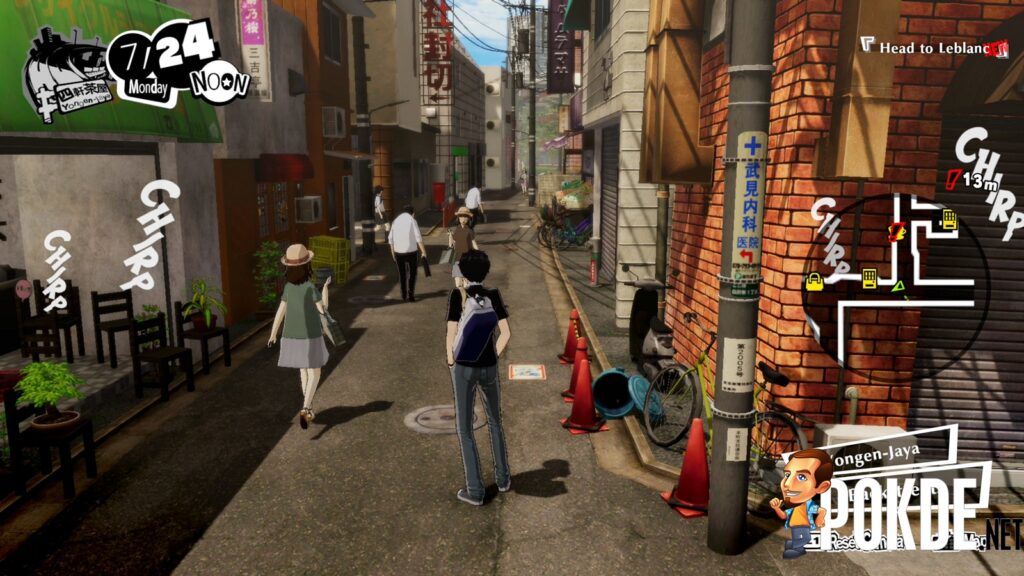 Outside of the combat, it’s amazing to think how much the game resembles the main game but of course, there are notable differences in the systems and the mechanics. Instead of going through Palaces like before, you will be infiltrating Jails, which does function about the same but they don’t disappear when you’re done with them. There’s also no time penalty so you can freely leave to heal up and come back as you wish.

As mentioned earlier, you have the choice of direct combat or using stealth to progress through the dungeons. There are also puzzles that you will have to solve as you go through them but they’re nothing complicated in my opinion. Do take note of the Alert level because if you reach 100%, you will be forced to leave the dungeon. You can lower it by winning battles with surprise attacks or by simply leaving the dungeon, as there’s no reason not to as you won’t be punished even in the slightest. 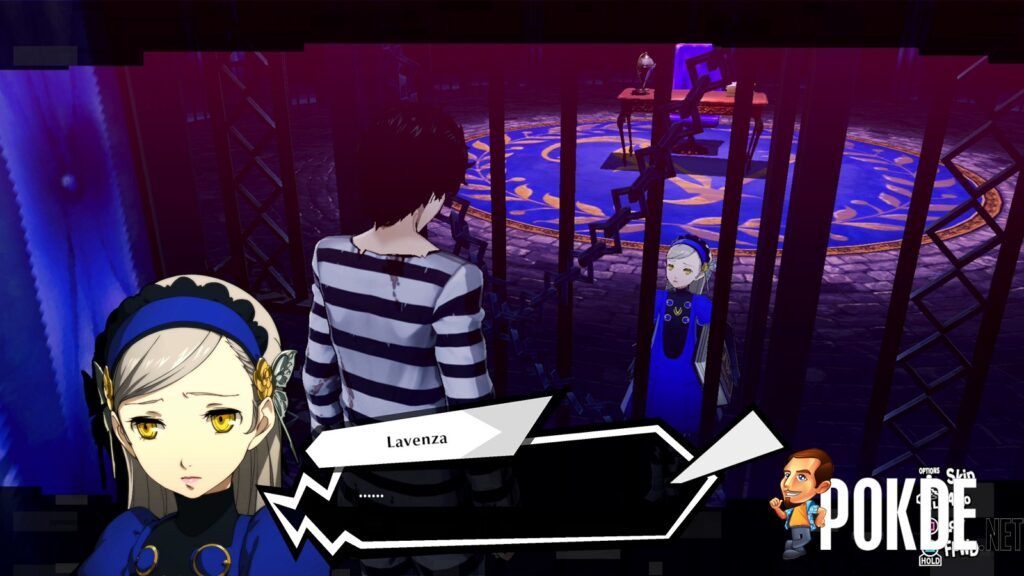 As you go through the game, you will be able to take on side quests in the form of Requests, and there is an extensive amount of them. It does a good job of padding the game’s content some more and if you’re a big fan of the series, I’m sure you’d be more than happy to clock in the hours just to go through each and every single one of them, because I know I did.

Another thing worth mentioning is the Bond system, where you get perks that are separate from individual skills. It can range from something as simple as getting more item drops to strengthening the entire party. You can increase Bond levels by interacting with party members, winning battles, and simply playing through the game. It’s a simple yet effective system that can really enhance your experience, and I personally feel that it’s good addition to the game. I wouldn’t have wanted to be implemented any other way. 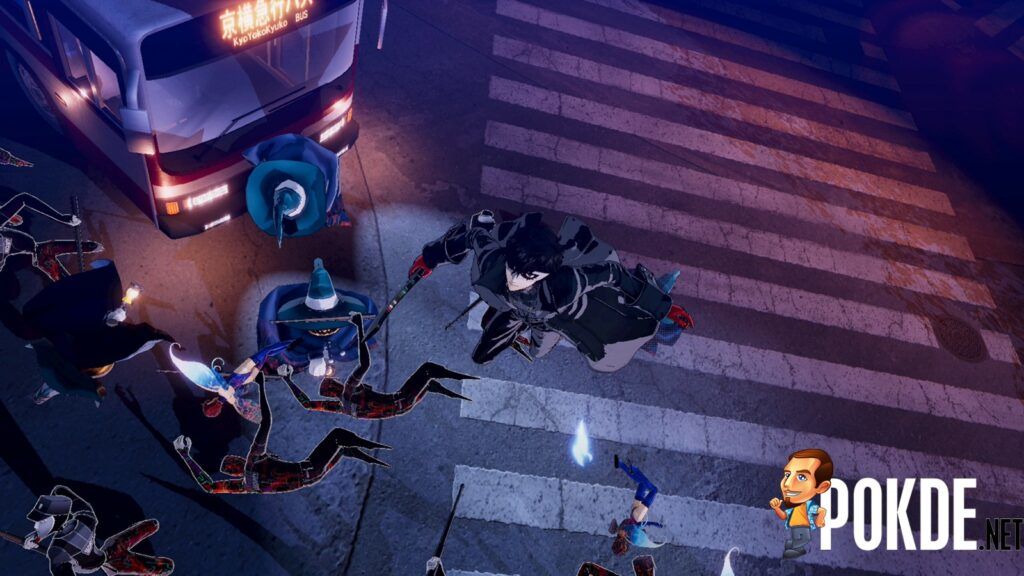 Persona 5 Strikers is a pretty fun game, but it’s also not a game for everyone. It’s not a re-telling of the original game but rather, a sequel of sorts from the main game so if you have not played Persona 5, you’re going to be feel a little lost. I personally wished that the pace of the game’s story would be a little faster as it feels draggy, especially in the beginning. Apart from that, there’s really nothing much to complain about.

I played this game on the PS5 so load times are minimal. Not sure if the experience would be the same on the base PS4.

At the end of our Persona 5 Strikers review, I award this game with our Silver Pokdeward.

Big thanks to Sega for giving us the game code for the purposes of this review.

Aiman Maulana
Jack of all trades, master of none, but oftentimes better than a master of one. YouTuber, video editor, tech head, and a wizard of gaming. What's up? :)
Pokde Recommends
Actionaction RPGAtlusGamingnintendo switchOmega ForcePCMRPersonaGamingPS 4PS5ReviewSony
MORE
Read More
754