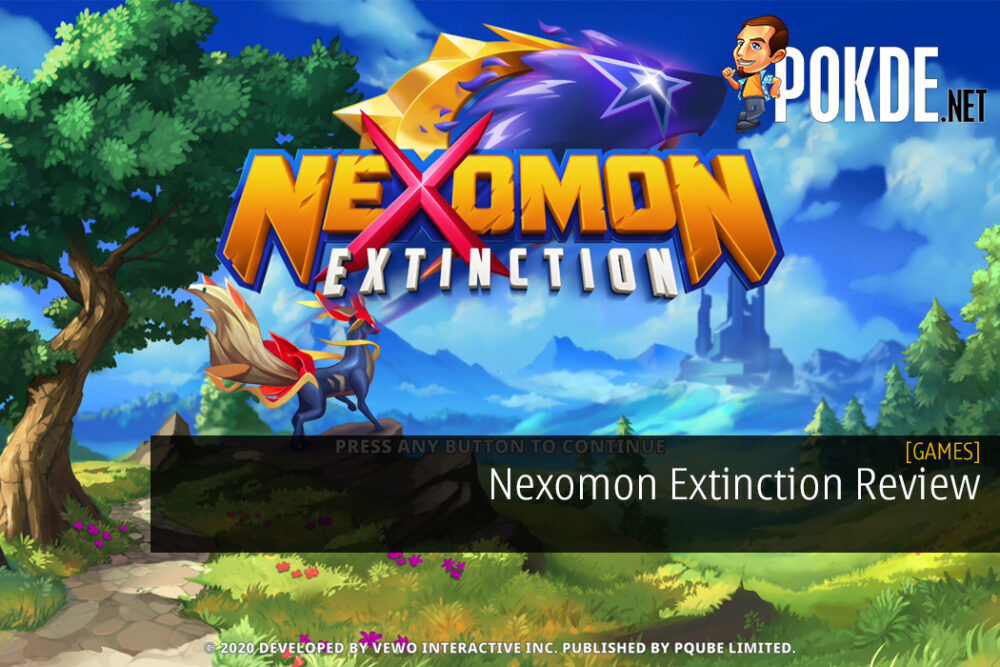 Catch, evolve and collect over 300 unique Nexomon. Assemble the ultimate Nexomon team to save your friends and save the world! Clash against legendary champions and become a hero in this epic journey.

Nexomon Extinction is a game that feels all too familiar but it's not to say it's a bad game.

What is Nexomon Extinction About? 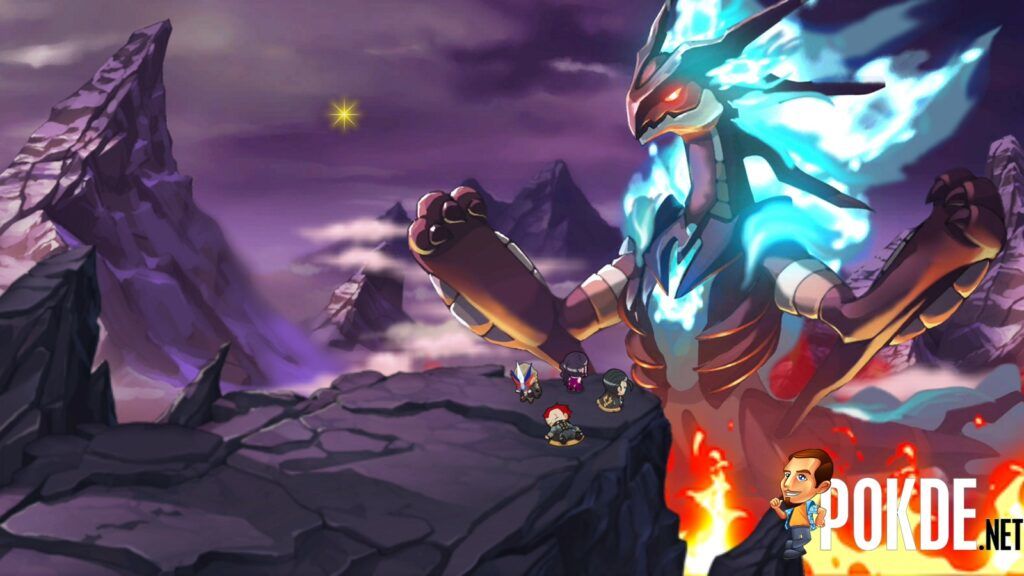 Nexomon Extinction takes place in a fictional world where a catastrophic war took place between humans and creatures known as the Nexomon, led by a dragon known as Tyrant. Both sides are fighting for survival with the goal of exterminating the other, and this resulted in the uprising of Tamers, humans who can capture and tame the Nexomon to fight back against Tyrant. The humans, alongside their Nexomon, have overcome the Tyrant but then comes the next question; how long can the peace last? 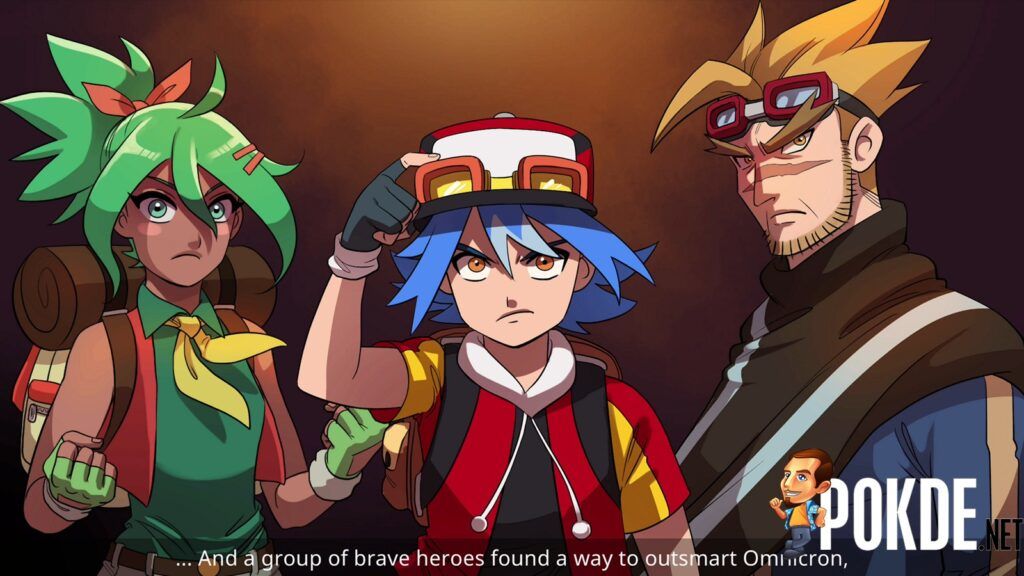 Players take on the role of an orphan who finally comes of age to become a Tamer. During the first day itself alongside other Tamers, the protagonist was attacked by a dragon-type Nexomon. However, a mysterious figure appears and tells the protagonist to hold on. Given the choice to pick their first Nexomon, the protagonist fights back only to be subdued and escaped into a nearby ruins. Thus begins the journey of the Tamer who will eventually save the world.

The Game is Self-Aware and It’s Hilarious 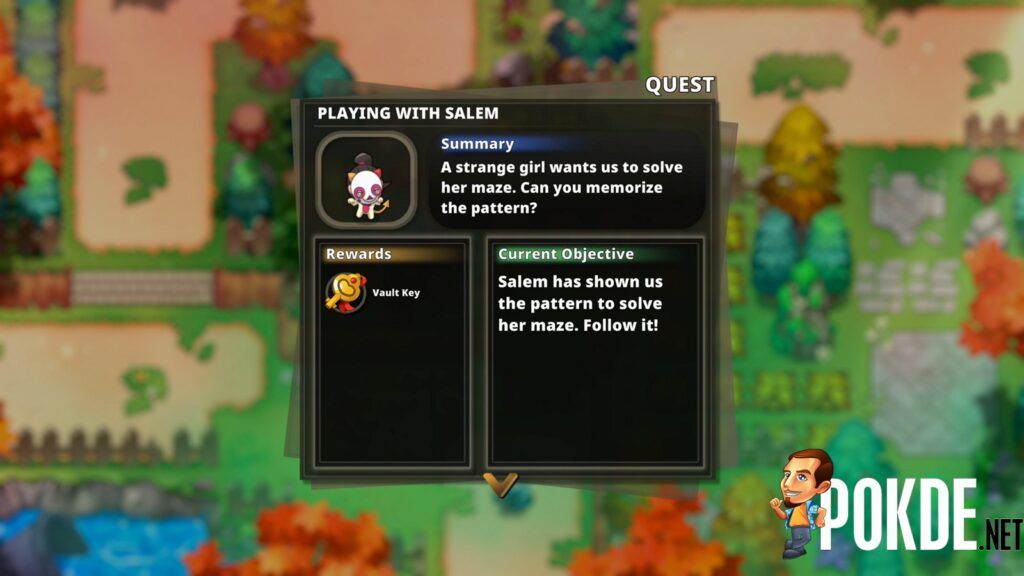 If you are familiar with Pokemon, Nexomon Extinction plays pretty much the same way. You get a role-playing game with a top-down view with quests, puzzles, and obstacles. As usual with other RPGs, you have main quests which will progress the storyline and side quests which will yield a variety of rewards. Side quests usually involve some form of fetch quest, battles, puzzles, and a mix of all the aforementioned elements. It can get a bit repetitive but the rewards and dialogue make it worth the effort. 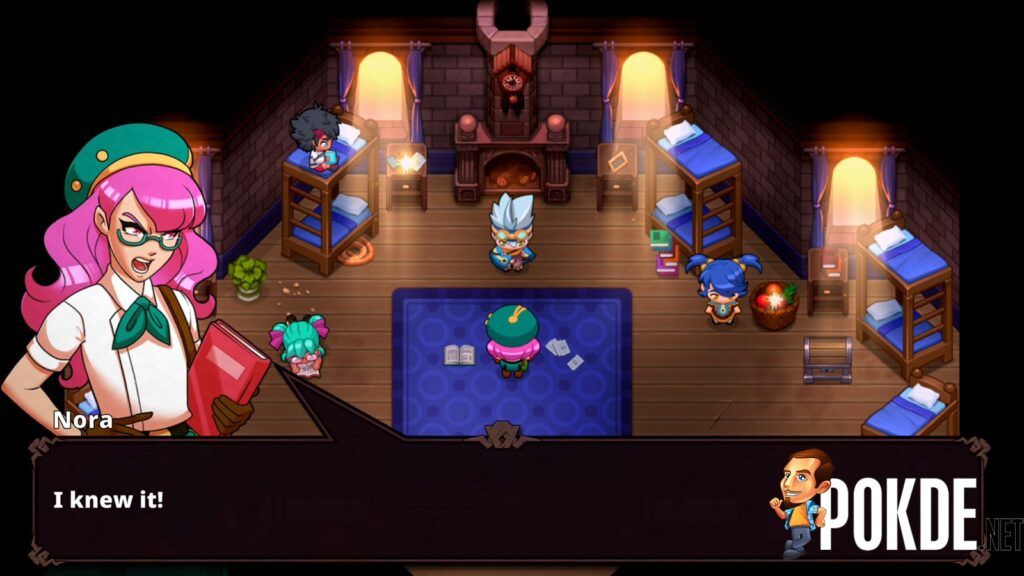 Speaking of the dialogue, I didn’t have much hope when I first started the game. It just looked like a Pokemon knockoff albeit with relatively good visuals. The one thing that got me hooked almost immediately is character “Coco”. Coco is a cat that helps the protagonist throughout the journey but the character’s dialogues and monologues are absolutely hilarious. 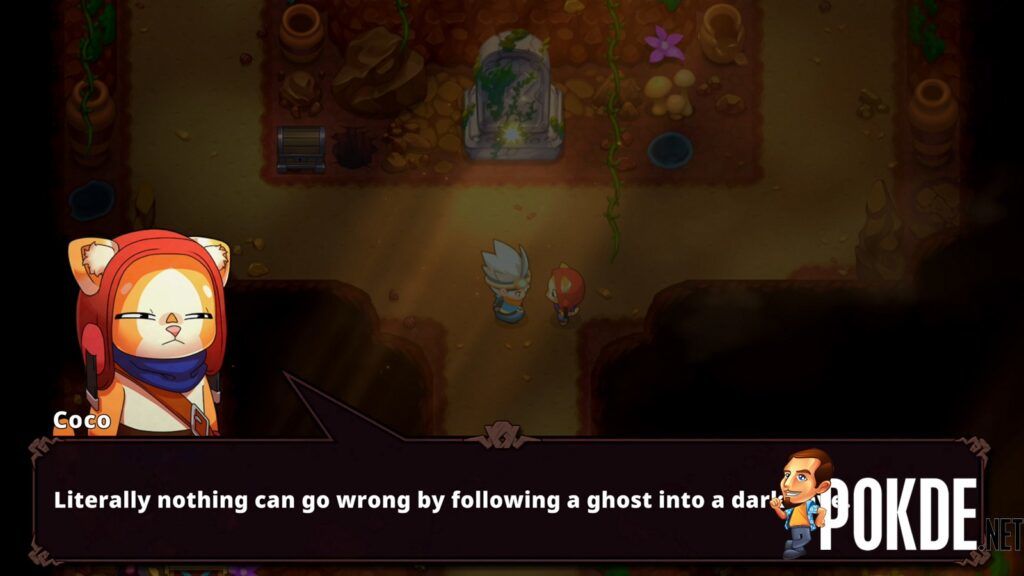 It is through this character that we learned that the game is self-aware. It’s aware that it’s a Pokemon knockoff, and it even points out some of the more blatantly obvious plot points that the protagonist is way too oblivious to perceive. You might think this is the kind of thing will quickly wear off and start to get tiring but personally, it has been enjoyable throughout the entire game.

Looking for a more action-oriented RPG? Check out our review of Kingdoms of Amalur Re-Reckoning by clicking right here.

A Way Too Familiar Combat System 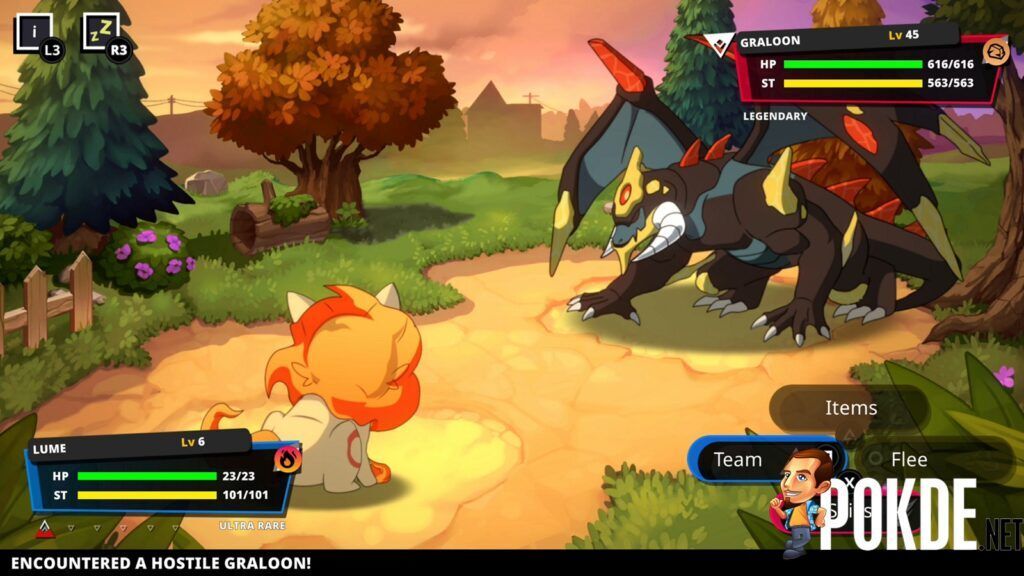 At its core, Nexomon Extinction is a turn-based RPG which pits one fighter against another in a 1v1 format, with the ability to tag out whenever you want. If this isn’t obvious enough, it’s clearly following the same formula Pokemon games have adhered to for several years now over various games. The same thing applies where elemental affinities and stats play a role in how well you perform in battle. 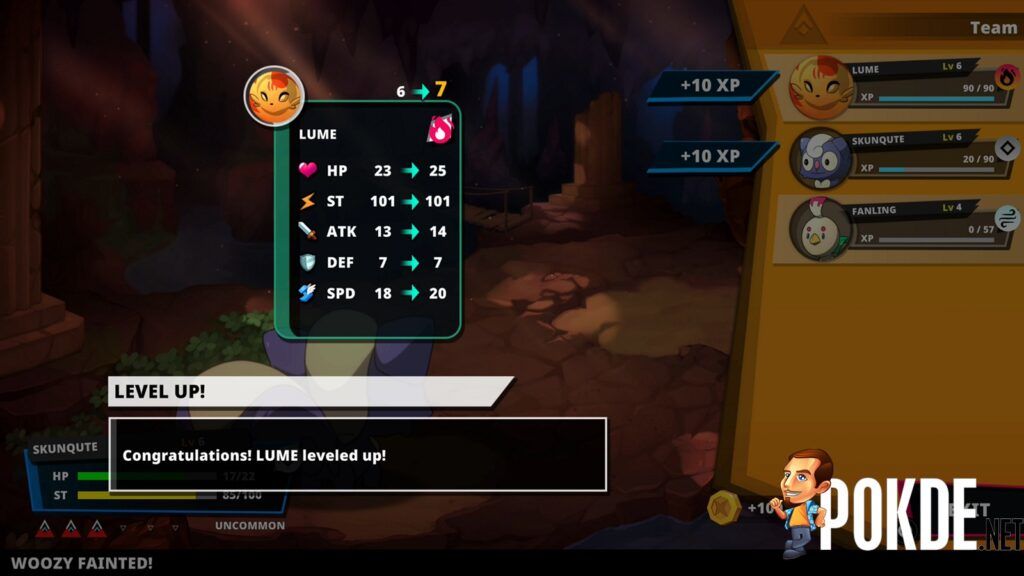 You will earn EXP points for every creature that participates in battle, but you can attach special abilities that will allow them to gain EXP even if they don’t participate, making the whole process a lot easier. Personally, I would have preferred a 3v3 format instead for added strategic depth and ease of combat, especially for EXP point, as this style has gotten rather outdated and stale. 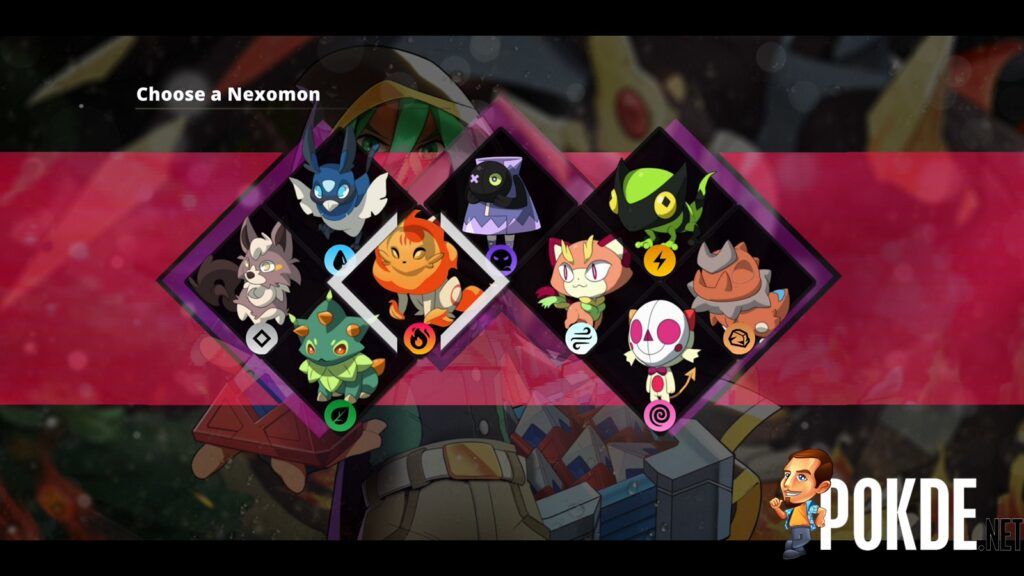 There is a good variety of Nexomon out there and your starter is always a solid pick regardless of which one you choose. As you start out, you can choose from 9 different Nexomon, each with their own elemental affinity and stats. I started out with Lume due to its stats and the Fire element is very helpful at the start, but there’s nothing wrong with going for different ones. After all, a big part of the game is capturing new ones in the wild. 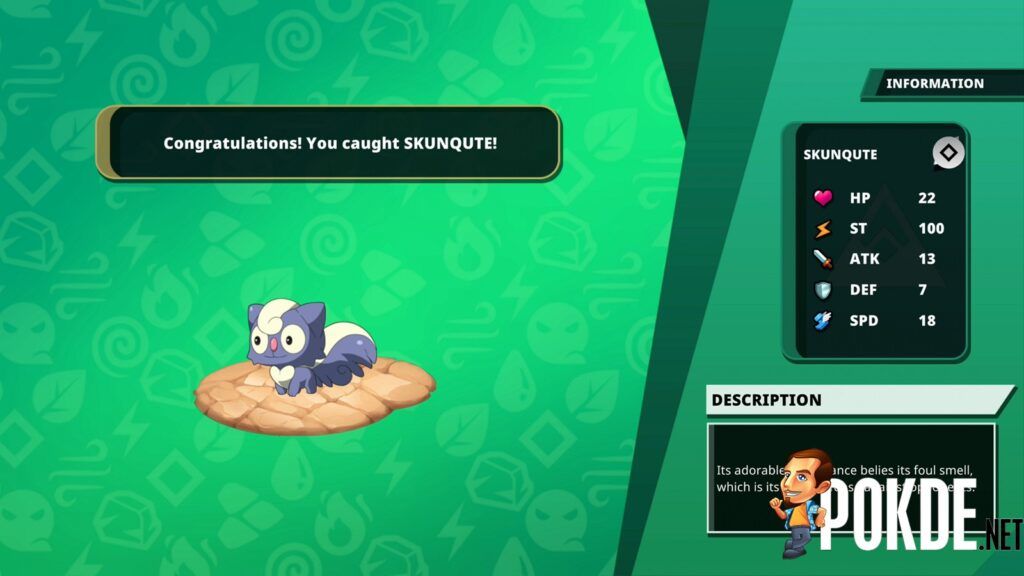 Capturing Nexomon is pretty straightforward as you simply have to knock their health down, use a Nexotrap, and then proceed with the small quick-time event which involves pushing a sequence of buttons in quick succession. The last part adds a bit more interactivity when you go about the game but that it does slowly become a chore as you go through the game. In case you’re wondering, there are over 381 creatures out there for you to collect.

As you grow your Nexomon, there will come a point where they will evolve, the earliest being level 11 and the highest being level 50. With that being said however, not all of them are capable of evolving, so you may want to consider your options on which one you should focus more on to avoid wasting time. As there is no need for items to evolve them, it does make the whole process a lot easier, which makes it more viable for casual gamers. 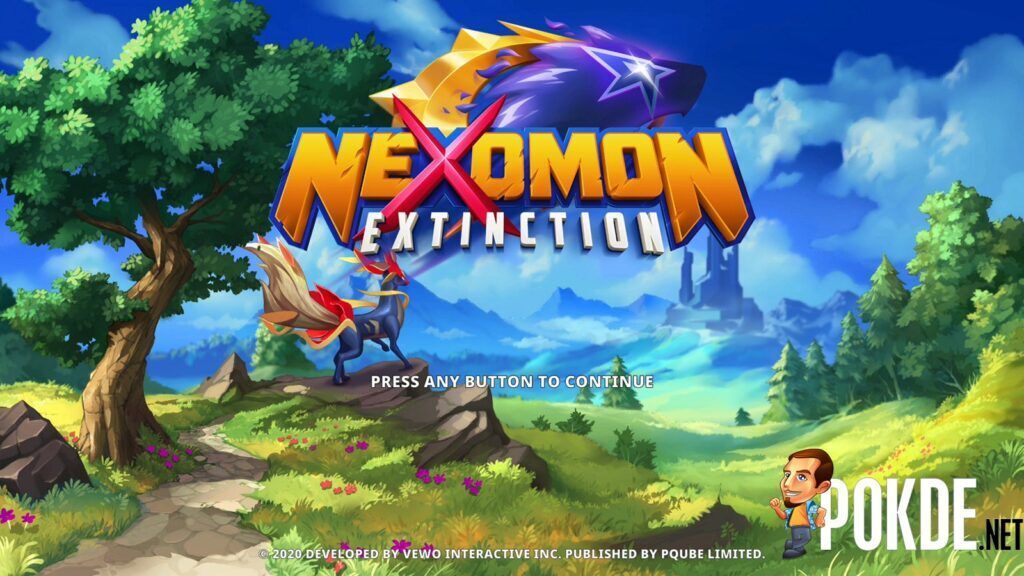 Nexomon Extinction is a game that feels all too familiar but it’s not to say it’s a bad game. If you’re a fan of turn-based RPGs and monster hunting, this will your kind of game for sure. However, if you enjoy more action-oriented games, you might want to give this game a pass. The storyline itself is decent, but Coco’s dialogue makes it worth the effort and time. At the end of our Nexomon Extinction review, I award this game with our Silver Pokdeward.

Big thanks to Ripples Asia for sending us this game for the purposes of this review.

Aiman Maulana
Jack of all trades, master of none, but oftentimes better than a master of one. YouTuber, video editor, tech head, and a wizard of gaming. What's up? :)
Pokde Recommends
AndroidGamingiosMalaysiamonsterPCMRPS4reviewAndroidGamingiOSMobilePCMRPS 4ReviewSony
MORE
Read More
2218