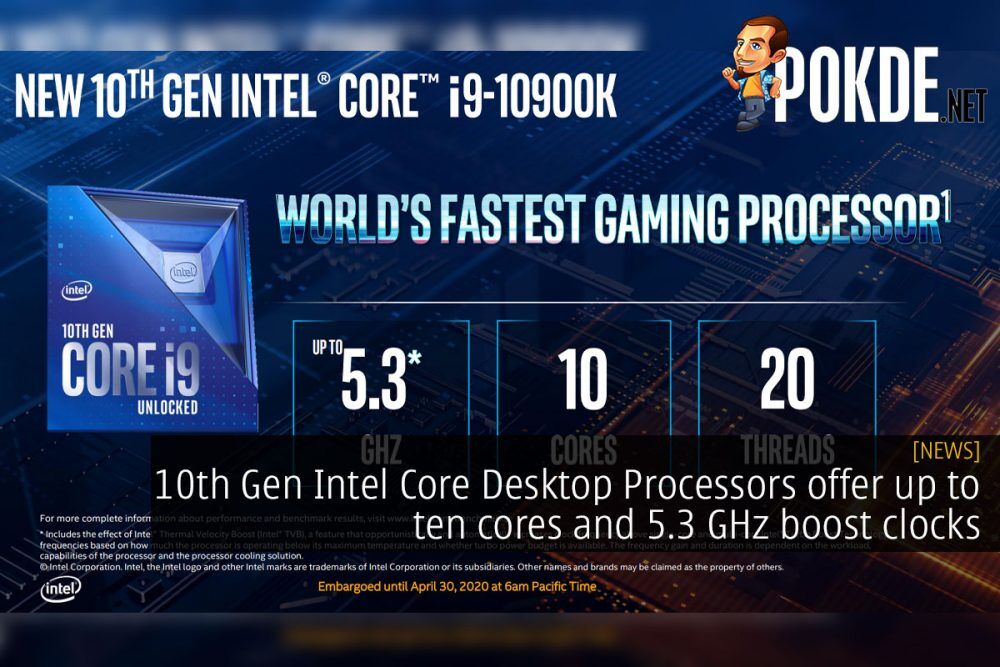 The much leaked 10th Gen Intel Core desktop parts are finally official! The Comet Lake-S processors offer more cores and higher clocks than their predecessors, but at not much higher prices, which is good news for anyone wanting to build a new desktop PC based on Intel’s mainstream platform. 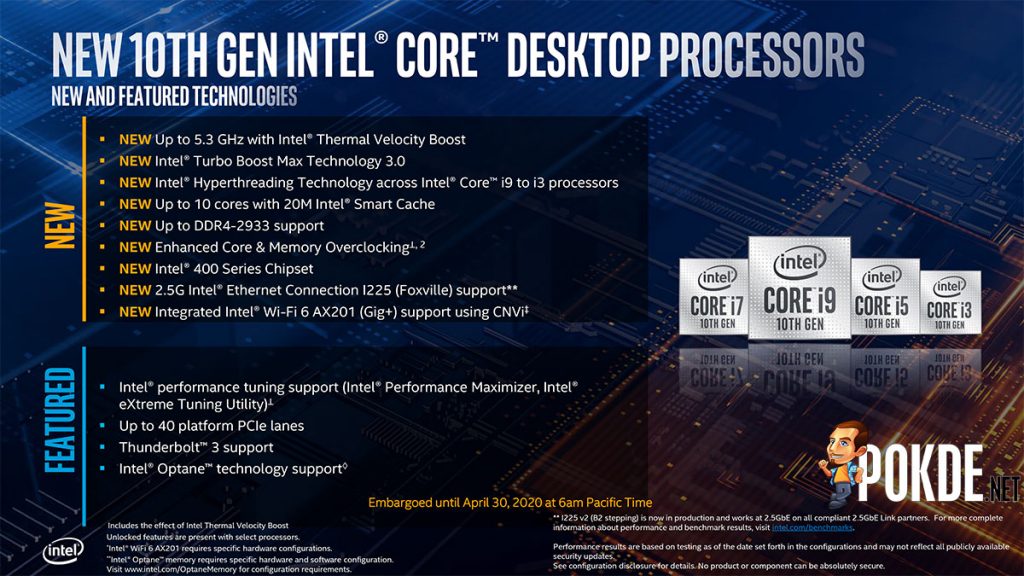 You do need a new motherboard though, as the 10th Gen Intel Core processors fit into the LGA 1200 socket instead. The new socket is important as you would expect them to draw more power than their 9th Gen counterparts, what with their higher core counts and clocks too, which might mean entry-level LGA1151 boards won’t be able to support their power demands. 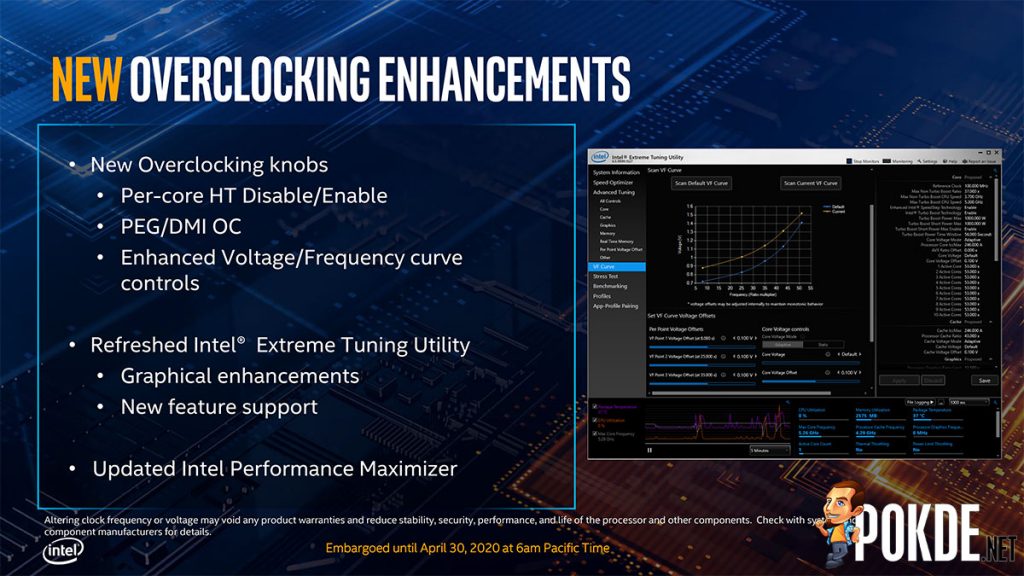 The new LGA 1200 motherboards will pack the Intel Z490 chipset which offer support for WiFi 6 via the integrated WiFi 6 AX201 with CNVi. Intel is also pushing the 10th Gen Intel Core processors’ overclockability on the unlocked K-SKUs, so you can expect many premium boards to offer advanced overclocking features from Intel’s partners. For those who prefer software-based overclocking, Intel will also be updating Intel Extreme Tuning Utility to allow for more finetuned overclocking, including voltage/frequency curve adjustments. 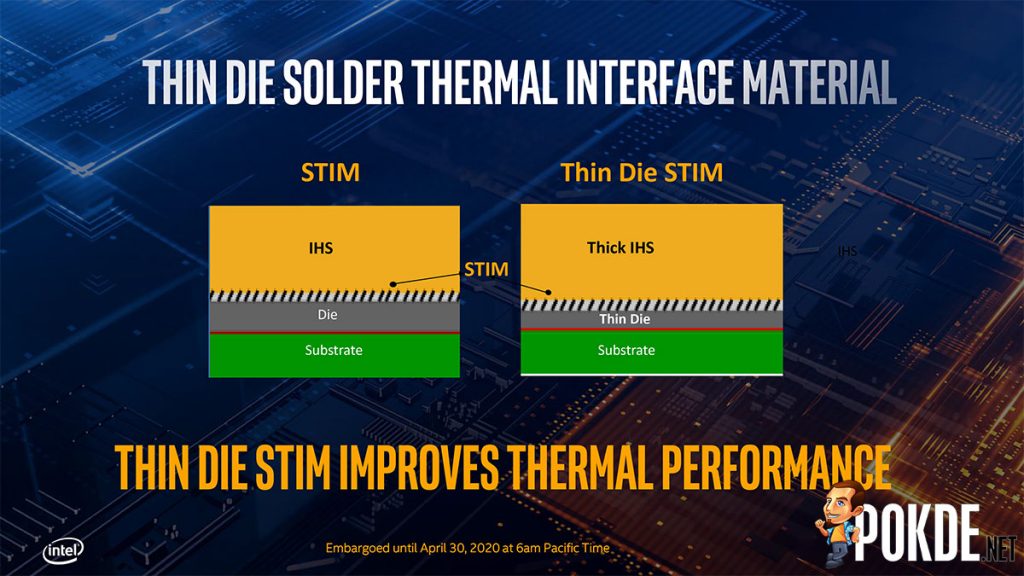 They are optimizing the CPUs for overclocking so much that they have moved towards thinning the CPU die itself to improve the rate at which heat can be dissipated away from the silicon. Solder Thermal Interface Material (STIM) will be featured on all unlocked K-SKUs, as well as all the Core i9 and Core i7 parts. 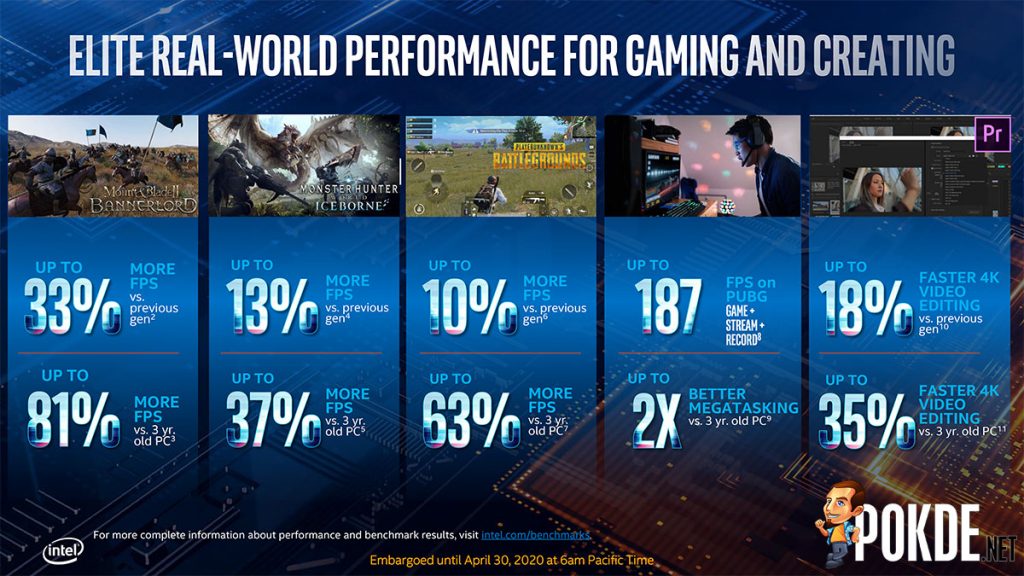 So there you have it, Intel’s latest product stack of Comet Lake-S parts. What do you think of the pricing?

Pokdepinion: I think the Core i9-10900 would have been a nice upgrade for many gamers, but the requirement for new boards makes it that much less enticing…

Finding For A Video-conferencing Solution? Google Meet Will Soon Be Available...
Next