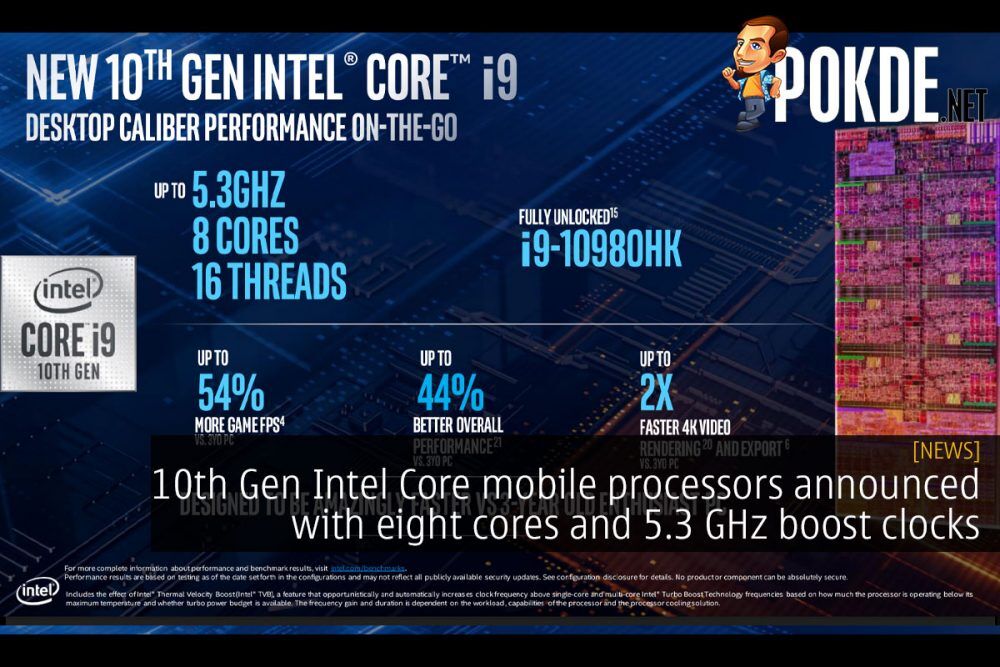 Intel and their partners has just announced the latest 10th Gen Intel Core mobile processors based on the Comet Lake-H architecture. The Blue Team will be harnessing their advantage in clock speeds to deliver unprecedented raw performance while offering up to eight cores and sixteen threads in the performance laptop form factor. The main advantage of having high clock speeds is gaming performance as well as greater performance in workloads that can’t take advantage of multiple cores, which is once again what Intel is heavily banking on with even higher clocks in the 10th Gen Intel Core laptop processors.

Here are the specifications for the 10th Gen Intel Core mobile processors, while also putting them into their places along with their predecessors:

Unlike previous generations which essentially replaced the entire range of its predecessor, Intel has revealed that they will still offer 9th Gen parts for OEMs seeking to target a more value-oriented segment. The focus will be the 9th Gen Intel Core i5 parts. The 10th Gen Intel Core i5 parts do not really enjoy much gains as you get the same amount of cores and cache, and you also don’t get Thermal Velocity Boost (TVB) here. But you can see that the lowest-end member of the 10th Gen family, the Core i5-10300H, is actually clocked faster than the Core i5-9400H. And there’s support for faster memory too, which should deliver a touch extra performance.

Speaking of memory, Intel now officially supports DDR4-2933, but there are OEMs packing their systems with DDR4 3200 MHz memory too. That essentially brings laptops to parity with the desktops, and especially so now considering that there are more cores and boost clocks of above 5.0 GHz even in the laptop segment. 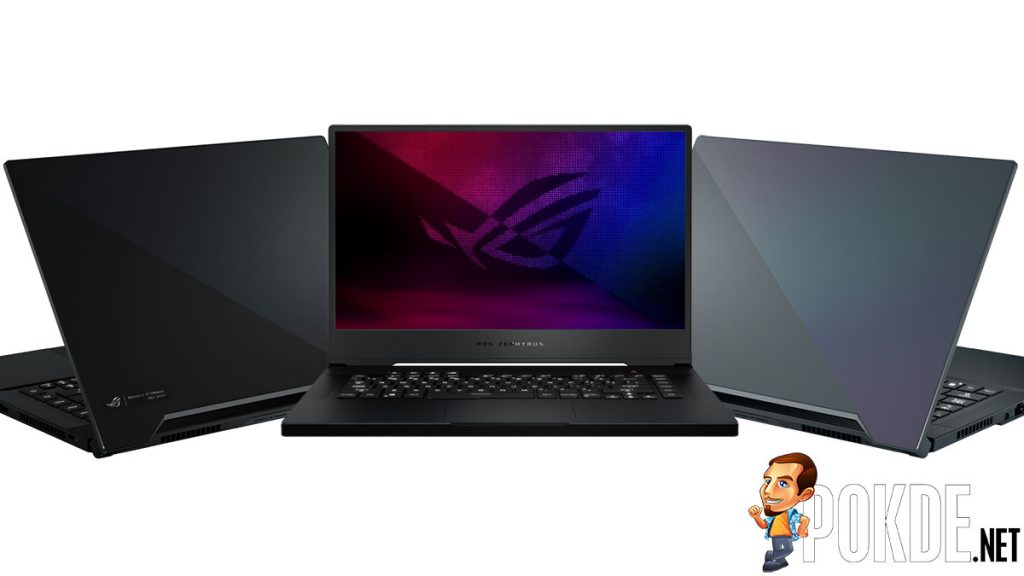 It’s worth noting that Intel has now implemented Thermal Velocity Boost (TVB) across their 10th Gen Intel Core i9 and Core i7 parts. While they didn’t go into all the details of the SKUs featuring TVB, Intel’s representatives shared that the Core i9-10980HK will opportunistically boost up to 5.3 GHz on two cores below the 65°C mark, 5.2 GHz below 85°C, and 5.1 GHz for anything below 100°C. With sufficient cooling, especially when OEMs like ASUS ROG now using liquid metal, the performance gap between a great cooling system and a poorer cooling solution will be even wider than previous generations. Unlocked parts can also harness Intel Speed Optimizer to perform simple one-clock overclocking in Intel Extreme Tuning Utility (XTU). 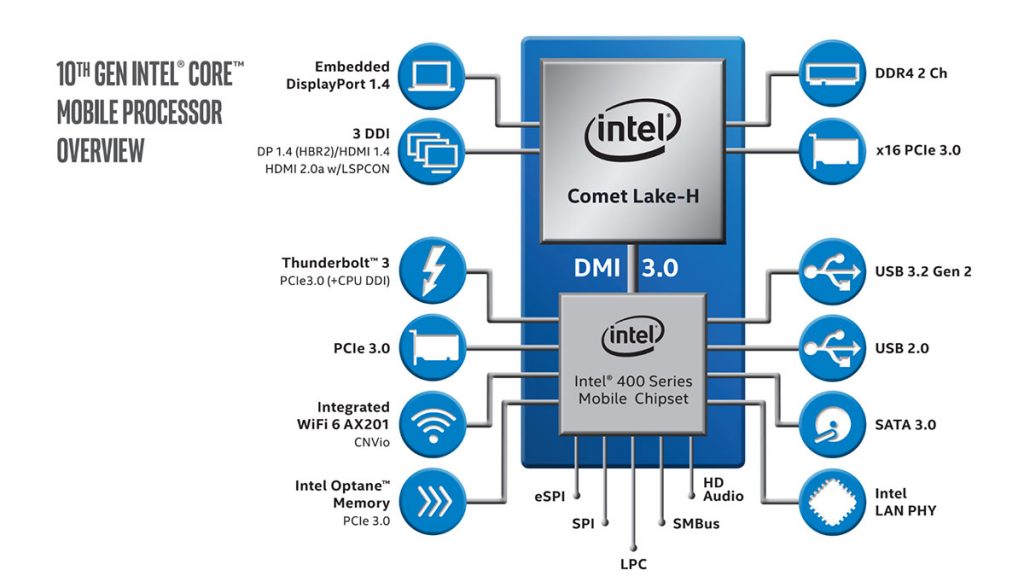 For this generation, we will also be looking at the new Intel 400-series mobile chipset that is pretty similar to yesteryear’s model. You get Thunderbolt 3, USB 3.2 Gen 2 (10 Gbps) and Intel Optane Memory support, but what’s new the the integrated WiFi 6 AX201 CNVio to enable OEMs to more easily implement WiFi 6 in their designs. 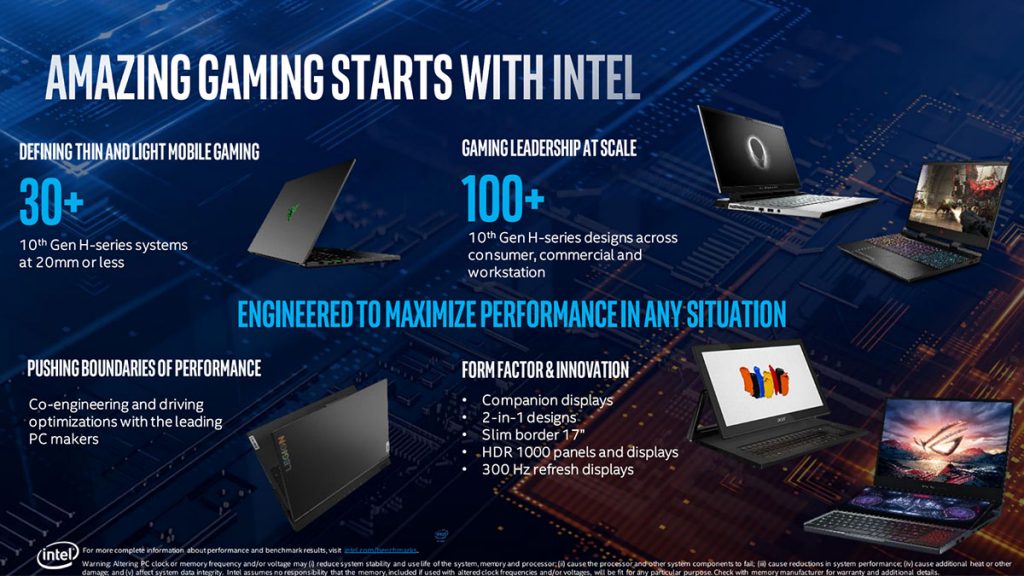 Intel has shared that there will be a huge number of designs for gamers and content creators featuring the 10th Gen Intel Core processors. There’s also a focus on thin-and-light designs, which we have seen in the past with the ROG Zephyrus and MSI GS series. Here are some of the upcoming models featuring the 10th Gen Intel Core processors from ASUS ROG and GIGABYTE AORUS.

Pokdepinion: 5.3 GHz in a laptop… Now that’s something I wanna see.