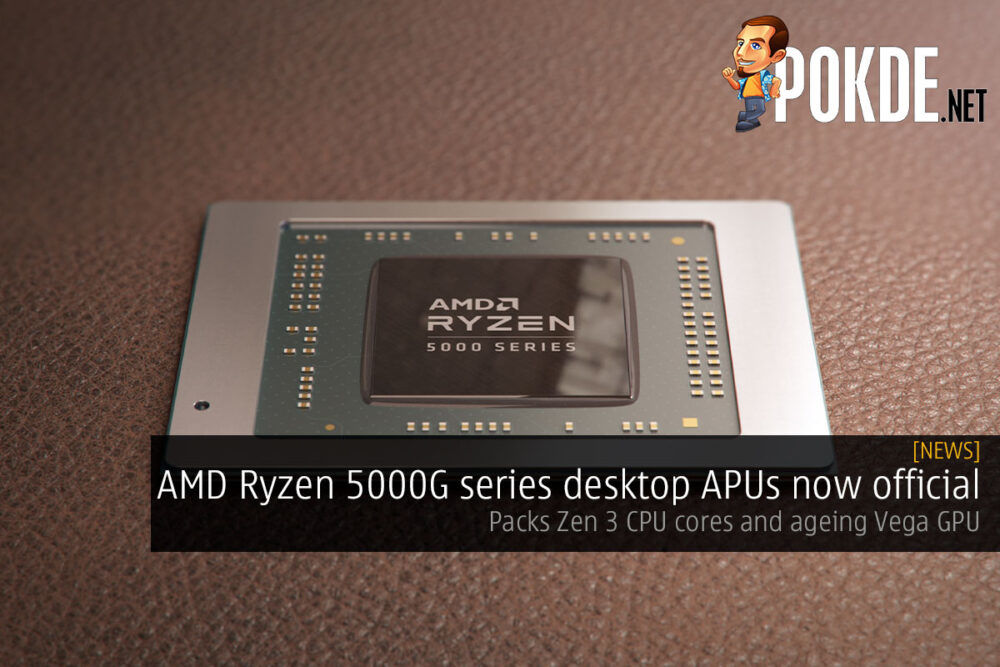 AMD has officially announced the AMD Ryzen 5000G desktop APUs. Rumors have been abound regarding the AMD Ryzen 7 5700G, and now with them official, we can take a closer look at the specifications and what they bring to the table. The AMD Ryzen 5000G processors will reportedly be available in retail markets later, but for now, they will be OEM-exclusives.

That’s at least a glimmer of hope for PC enthusiasts looking to snag an APU featuring the latest CPU architecture. While the rapidly ageing Radeon Vega integrated graphics might not be up to snuff for gaming, it is still more than sufficient to power systems for productivity, where the higher CPU performance of the AMD Radeon 5000G desktop processors might come in handy.

Speaking of which, the AMD Ryzen 5000G desktop APUs will pack the Zen 3 core architecture, and it will also benefit from the same IPC gains that the AMD Ryzen 5000 series CPUs brought to the table, but now with an added integrated graphics. It will not feature PCIe 4.0 though, as somehow AMD still decided that the APUs should still continue offering PCIe 3.0 lanes.

As mentioned earlier, the AMD Ryzen 5000G series APUs will be OEM-exclusive for now. AMD is targeting gamers with the AMD Ryzen 5000G, and it will apparently be featured in pre-builts that come with dedicated graphics cards. No idea why the OEMs wouldn’t just opt to go with the Ryzen 5000 series CPUs instead.

Pokdepinion: Well I think the Ryzen 7 5700G should be what most SFF enthusiasts are waiting for…

Here’s What The First PS5 Update Will Bring
Next