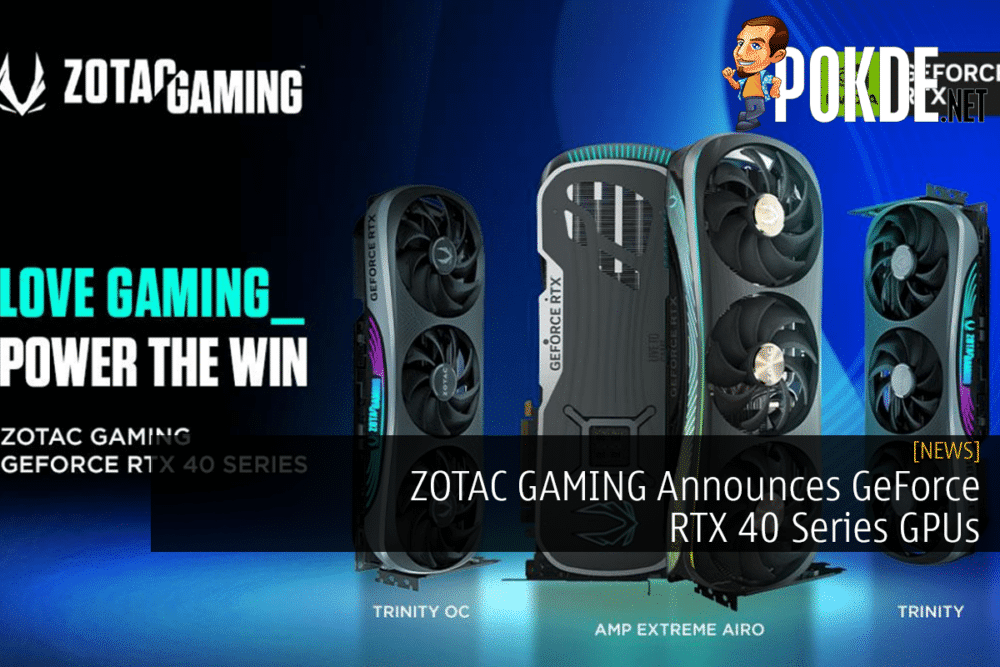 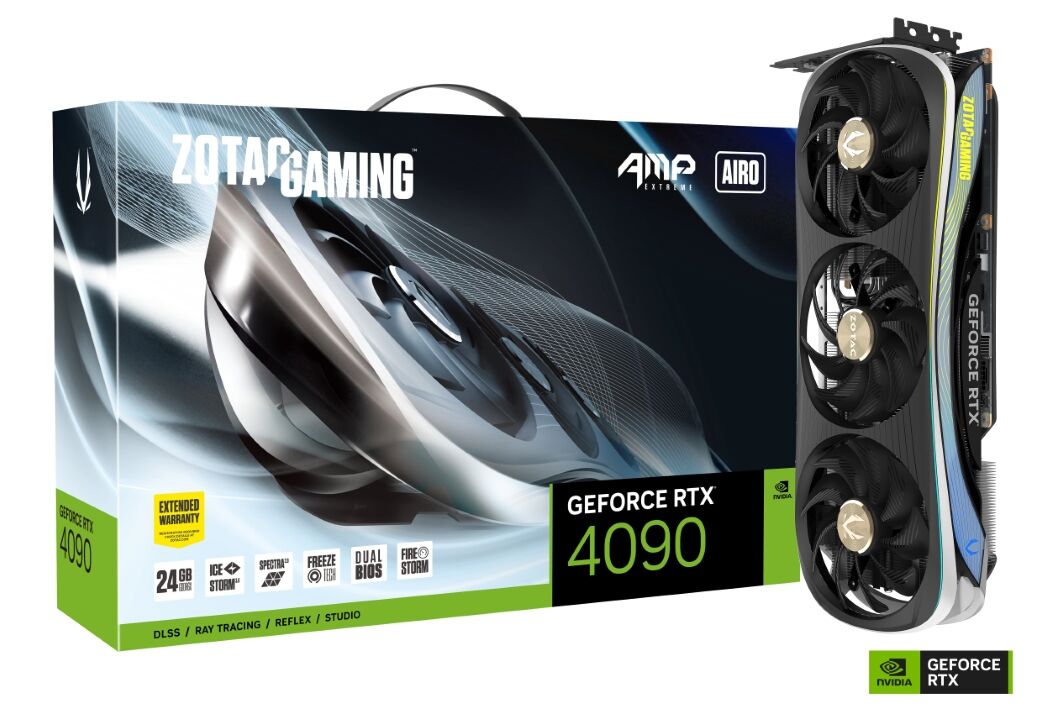 As the newest addition of the ZOTAC lineup, this model utilizes the aerodynamic-inspired AIR-Optimized design, providing outstanding thermal efficiency – exclusive features include the counter-rotating fan for smooth airflow, and a durable die-cast backplate for rigidity. IceStorm 3.0 features a triple double-height fans with extended blade width over the previous generation to enable optimal airflow; the center fan rotates in opposite direction to minimize turbulence and thus lowers the fan noise. The RTX 4090 model will feature a 24+4 phase VRM for enhanced stability and improved VRM thermals. 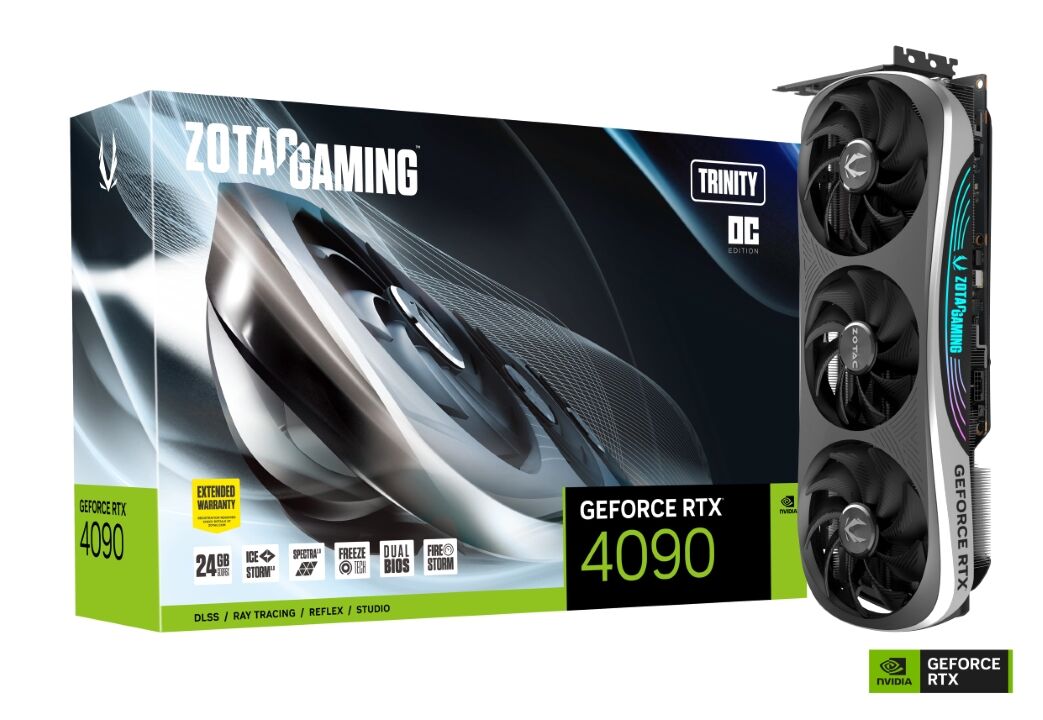 All models come with a full-length aluminum fin stack, paired with up to 9 copper heatpipes coupled with vapor chamber to cool down the most powerful components. Airflow can escape through ventilation paths from all sides to boost cooling efficiency. Anti-vibration pads, dual ball bearing fans and automatic fan stop control minimizes fan noise and extends the lifespan of the fans; all fan speeds can be tuned individually, and users can switch between two BIOS modes via a physical switch or through the ZOTAC GAMING Firestorm Utility. 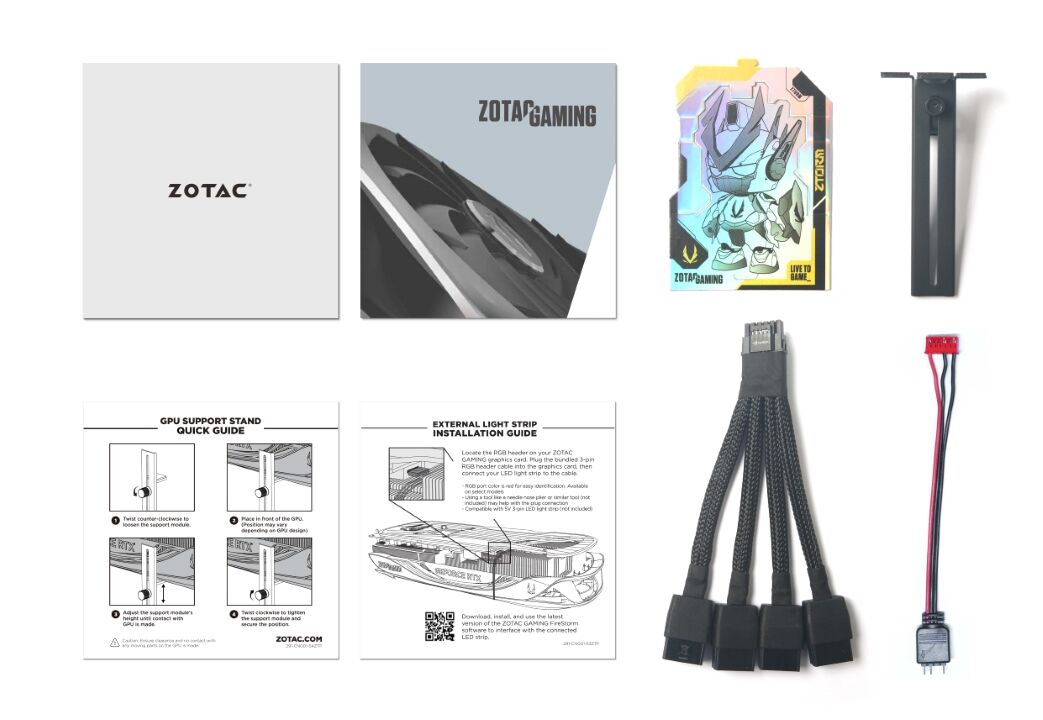 In addition, all ZOTAC GAMING RTX 40 series GPUs will come bundled with a metal GPU support stand for additional reinforcement against GPU sag. All cards feature a 3-pin RGB header and a bundled cable which allows users to sync GPU lighting with their existing lighting presets.

Pokdepinion: Quite a standout design looking back at many GPU models that comes before this, which often is sharp edges everywhere. 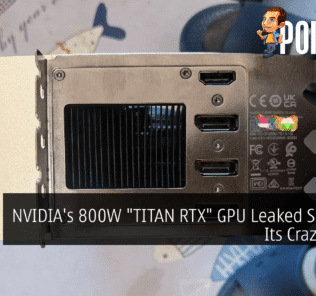 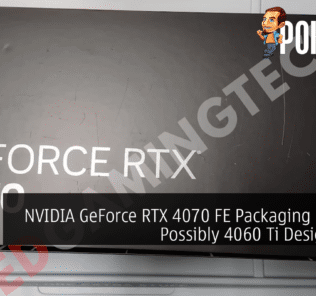 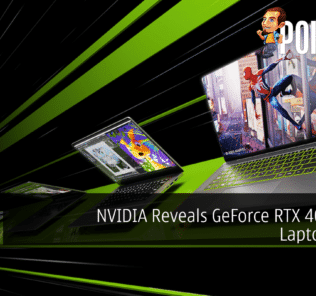 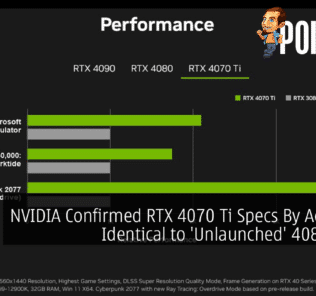 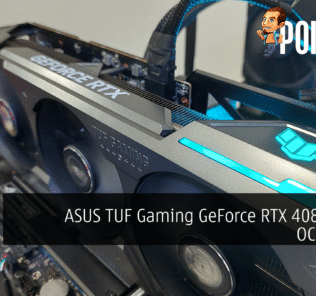