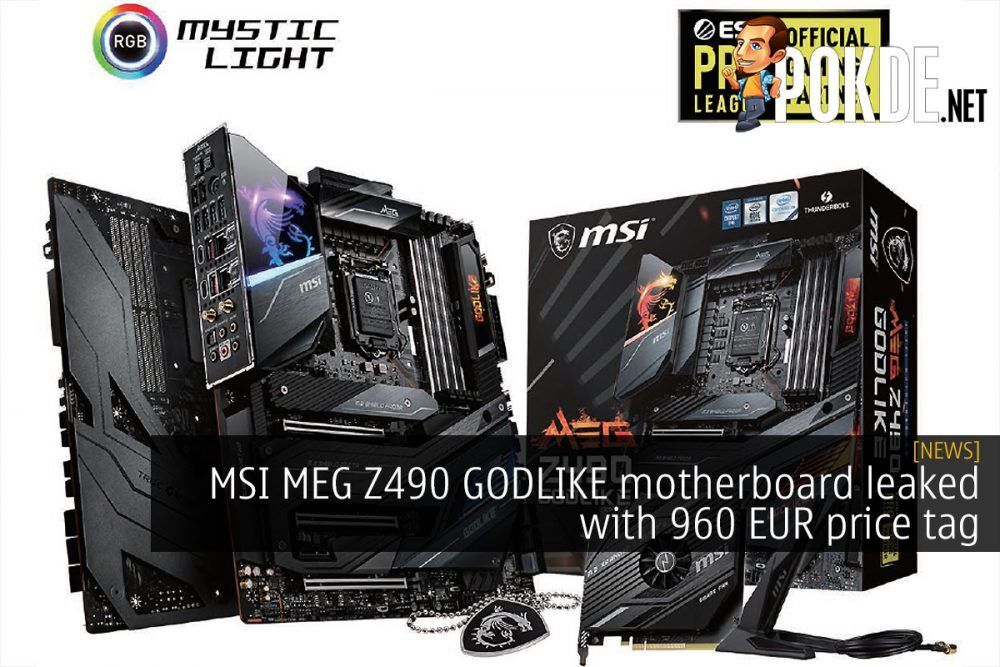 Rumors have pointed to the 10th Gen Intel Core i9-10900K drawing over 300W, so you can pretty much expect board manufacturers to make sure that their boards won’t just go up in flames when you overclock one of the 10th Gen parts. Well, MSI definitely went above and beyond with the MSI MEG Z490 GODLIKE which features an impressive VRM configuration, among other things. 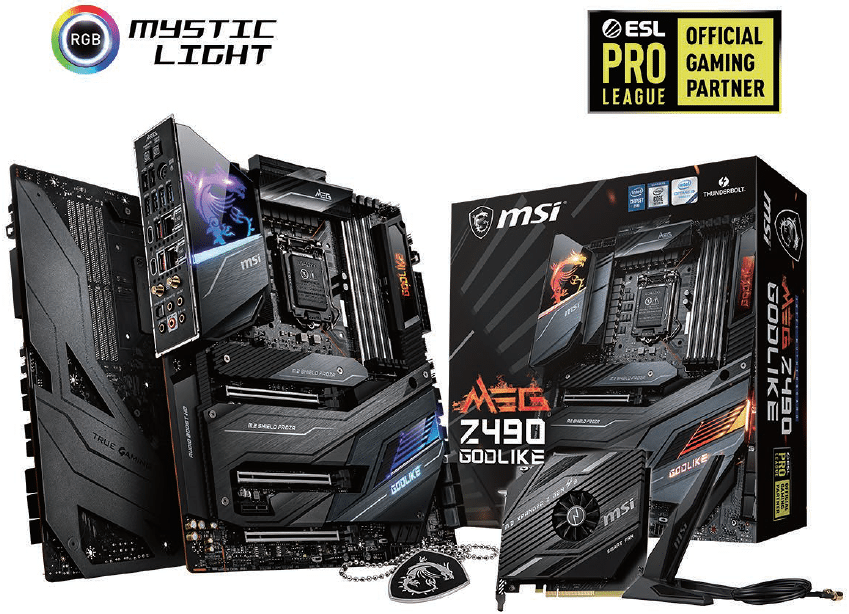 The leak have hinted to an 16+1+1 power delivery configuration from Intersil. The leak also goes on to reveal that each of the power stages can handle 90A, which is much higher than the 60A power stages we see on most premium AMD X570 offerings. With the rumored 16 phases, you are looking at a power delivery system that can deliver 1440A the CPU cores alone without breaking a sweat. Can, and should, are very different things, BTW. Of course, it is worth noting that the MSI MEG Z490 GODLIKE is their highest end board, so you would expect such over-the-top specifications as this board is meant to handle extreme overclocking on the Comet Lake-S platform.

🌈
*Dynamic Dashboard 2.
A colorful OLED panel Indicates the status of your GODLIKE and shows off your own persinality.

In addition to the ridiculously impressive VRM setup, the networking components are also pretty interesting. 10 GbE LAN from Aquantia is the fastest port, paired up with a Realtek 2.5 GbE LAN, and of course there’s WiFi 6 too, courtesy of the Intel AX201 chip. There will also be two Thunderbolt 3 ports, which will let you connect other peripherals like high speed storage or external GPUs. Last but not least, there a Dynamic Dashboard 2, which is a color OLED panel to show you the status of your board or just for customization. All of that doesn’t come cheap, with the pricing leaked to be a whopping 960 EUR (~RM4558).

Meanwhile if you want to look further down the range, KOMACHI also leaked out images for the MSI MPG Z490M GAMING EDGE WIFI, MPG Z490 GAMING PLUS and the MSI Z490-A PRO. While most of the Z490-A PRO looks pretty basic, especially its PCH heatsink which is a disgusting spring-loaded chunk of aluminium, the VRM looks pretty beefy. Motherboard makers designing boards for the Z490 platform are most probably required to ensure that they are capable of at least handling a Core i9-10900K at stock, thus necessitating these impressive VRM configurations.

Here are the prices of the MSI boards leaked by @momomo_us, so you know that you have more affordable options ranging all the way from 960 EUR (~RM4558) down to 200 EUR (~RM950). I am not sure if the prices here are inclusive of VAT, although I definitely hope so. With the boards costing a pretty penny and the 10th Gen Comet Lake processors not looking all that affordable, Intel Z490 might be a pretty premium platform for gamers to adopt.

Pokdepinion: Man a color OLED display on the motherboard itself. Sure seems interesting!