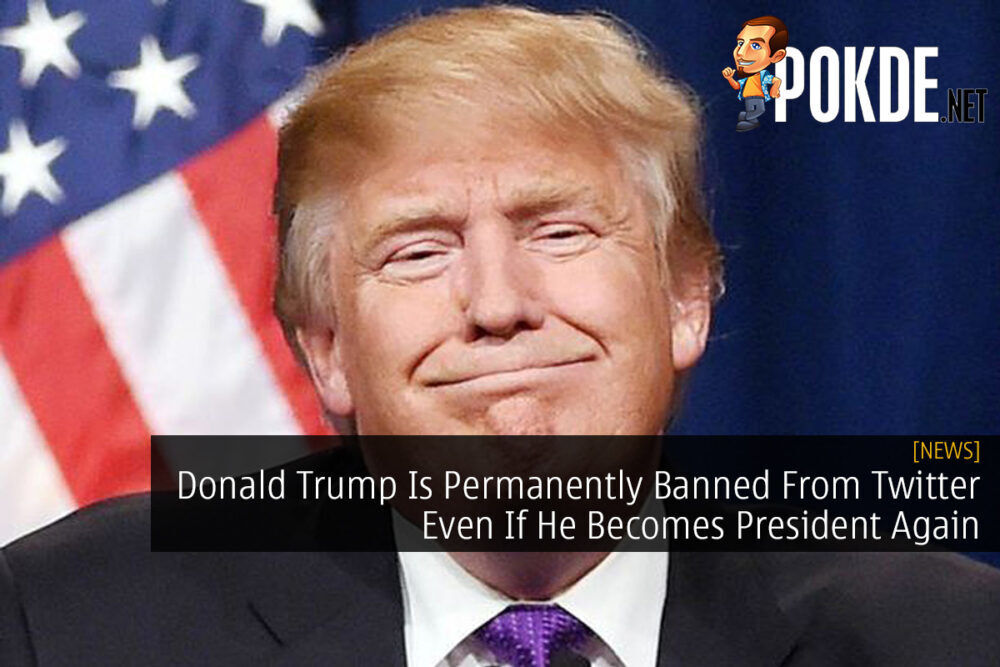 It feels like it’s been a long time since we’ve seen Donald Trump posted anything from his Twitter account.. Well it’s not surprising seeing that he was banned on multiple social media platforms while he was still the president of the United States. It seems that we won’t see any changes to that in the future, at least not on Twitter.

The news was revealed in an interview done by Squawk Box CNBC, where Twitter CFO Ned Segal said that the former president is banned for good. He even said that should Trump run for presidency again, the ban will not be overturned.

Despite his absence, Twitter claims that they’ve continued to gain new users even after the ban. The company’s CEO has said “We are a platform that is obviously much larger than any one topic or account”.

Pokdepinion: I can see why they’ve banned him but I kind of miss his posts on Twitter and how funny they are.