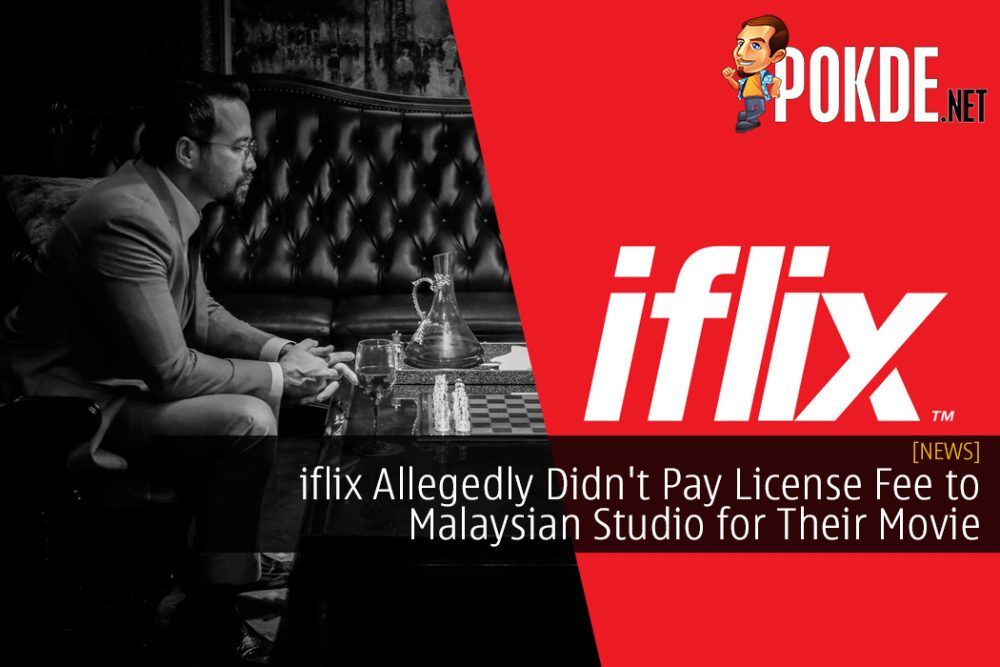 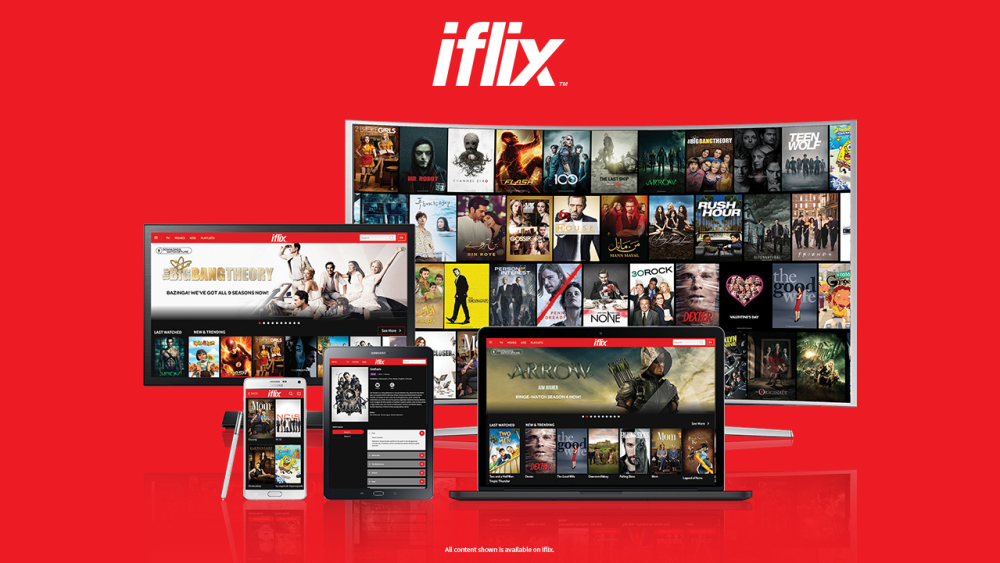 When it comes to entertainment, many of us rely on internet-based video streaming services like Netflix and iflix. It looks like things aren’t quite as rosy for the latter as a Malaysian studio has went live on Facebook about the company not paying the license fee that is owed to them. 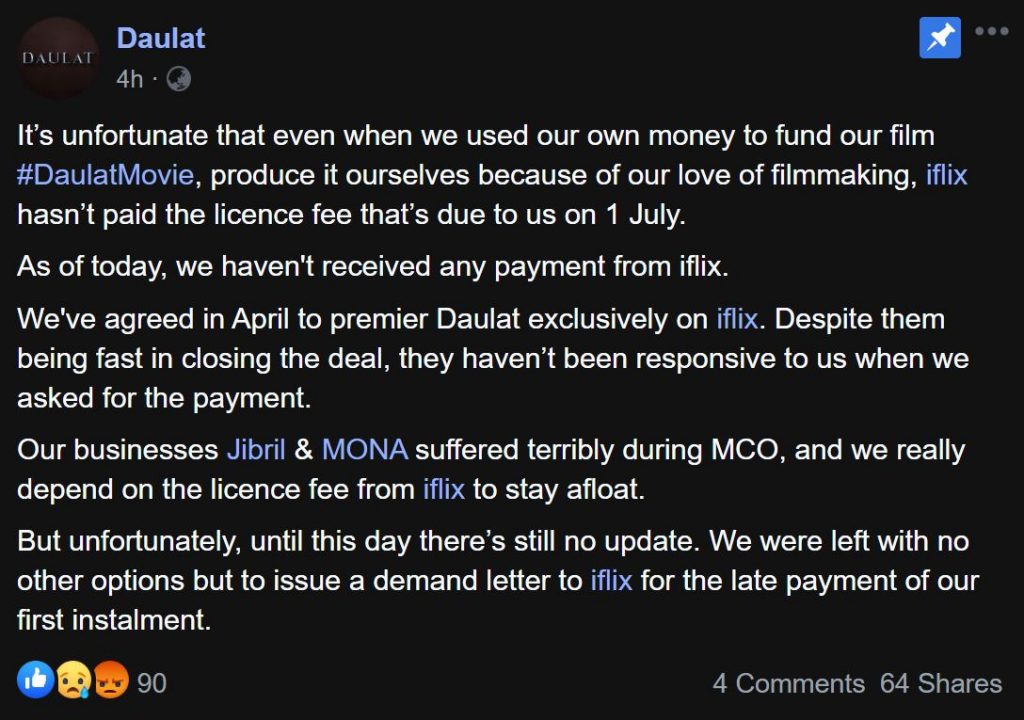 According to a post on the official Daulat movie Facebook page, iflix was supposed to pay them (Lacuna Pictures) license fee for the movie. The payment was due on 1st July 2020 but they have still yet to receive it even until today.

Daulat was set to air exclusively on iflix in April 2020, with a closing in rather quickly for it. When it came payment, the company allegedly went quiet. They mentioned about how their businesses have been suffering due to the MCO as a result of the COVID-19 pandemic, and how they were depending on the license fee to stay afloat.

It’s unfortunate that even when we used our own money to fund our film #DaulatMovie, produce it ourselves because of our love of filmmaking, iflix hasn’t paid the license fee that’s due to us on 1 July. As of today, we haven’t received any payment.

We’ve agreed in April to premier Daulat exclusively on iflix. Despite them being fast in closing the deal, they haven’t been responsive to us when we asked for the payment. Our businesses Jibril & MONA suffered terribly during MCO, and we really depend on the licence fee to stay afloat.

But unfortunately, until this day there’s still no update. We were left with no other options but to issue a demand letter for the late payment of our first installment.

The post has gained considerable attention on Facebook, with 64 shares at the time of this writing. They have yet to respond to the matter and no payments have been issued just yet. We will be reporting more on this as soon as information becomes available so stay tuned.

Pokdepinion: Well, I’m certainly surprised to see them not paying the necessary fees. Given that times are rather tough now, I do have the studio gets their due payment sooner rather than later.

Aiman Maulana
Jack of all trades, master of none, but oftentimes better than a master of one. YouTuber, video editor, tech head, and a wizard of gaming. What's up? :)
Pokde Recommends
AppcontententertainmentfeeiflixlicenseMalaysiaon demandMobile ApplicationNewsSoftwareSystemWeb Application
MORE
Read More
351

You Can Now Create Your Own WhatsApp Stickers!
Read More
624