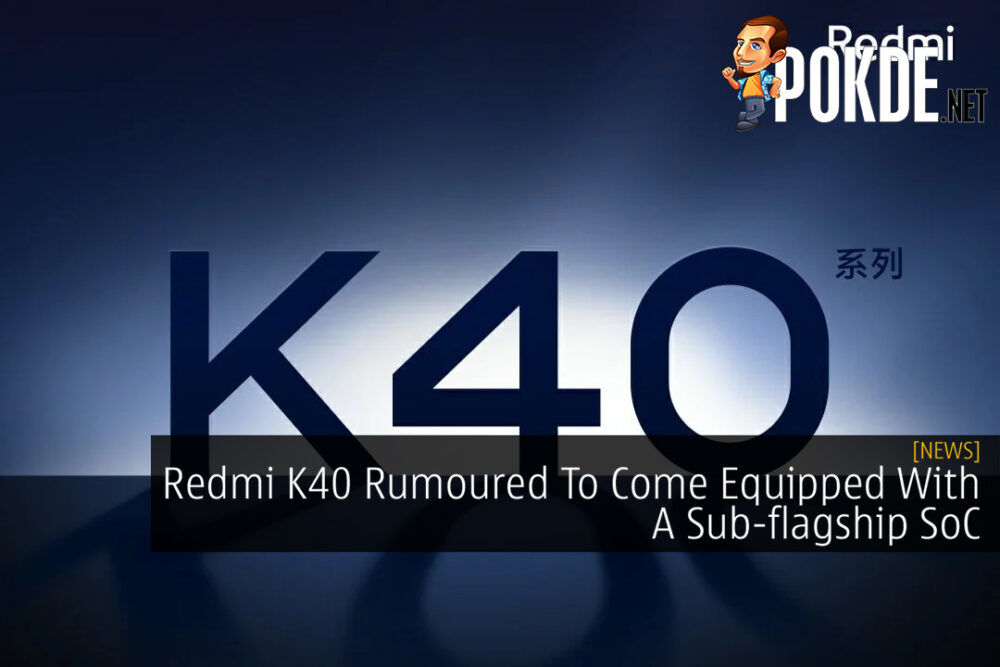 With the Redmi K40 series coming in sometime next month, a lot of information is still up in the air in regards to their specifications. What we do know is that one of the upcoming K40 devices will be powered by a Snapdragon 888 SoC and will cost RMB2,999 (RM1876.35).

#DigitalChatStation
Take a look at the two new machines that Redmi K40 universe is about to release:

Now, known tipster Digital Chat Station has leaked out more potential information in regards to the lower spec model of the K40 series. According to the tipster, the Redmi K40 will come with a sub-flagship processor. The sub-flagship processor is not specified so we’re not sure if the K40 will come equipped with a Snapdragon SoC or a Dimensity SoC.

Digital Chat Station also mentioned that the Snapdragon 888-powered K40 phone will be called the Redmi K40 Pro and reiterates the previously mentioned retail price while the base K40 device remains under wraps. 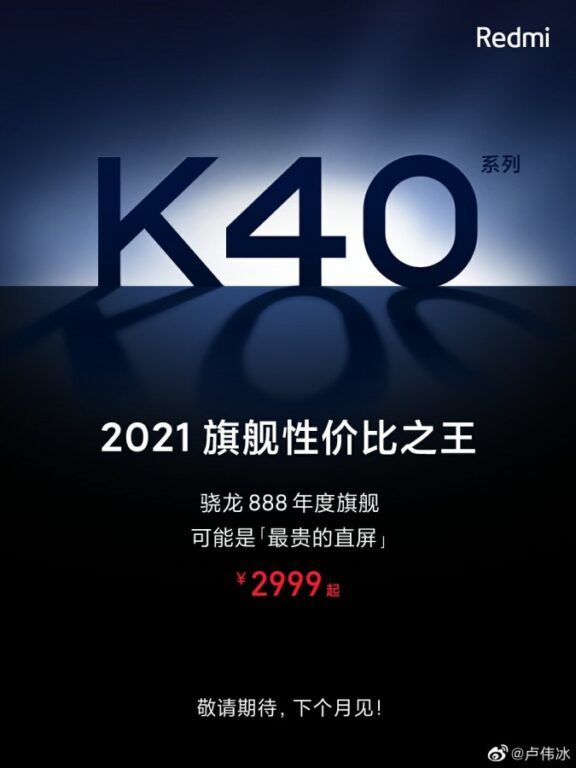 The Redmi K40 series is expected to release in China sometime in February. The series will likely be rebranded as some other Xiaomi device just like the previous Redmi K-series phones when they hit the global market.

Pokdepinion: Looking forward to seeing how this one turns out and how they will actually be priced.

MediaTek Dimensity 1200 announced with 3GHz clocks and support for 168Hz disp...
Next