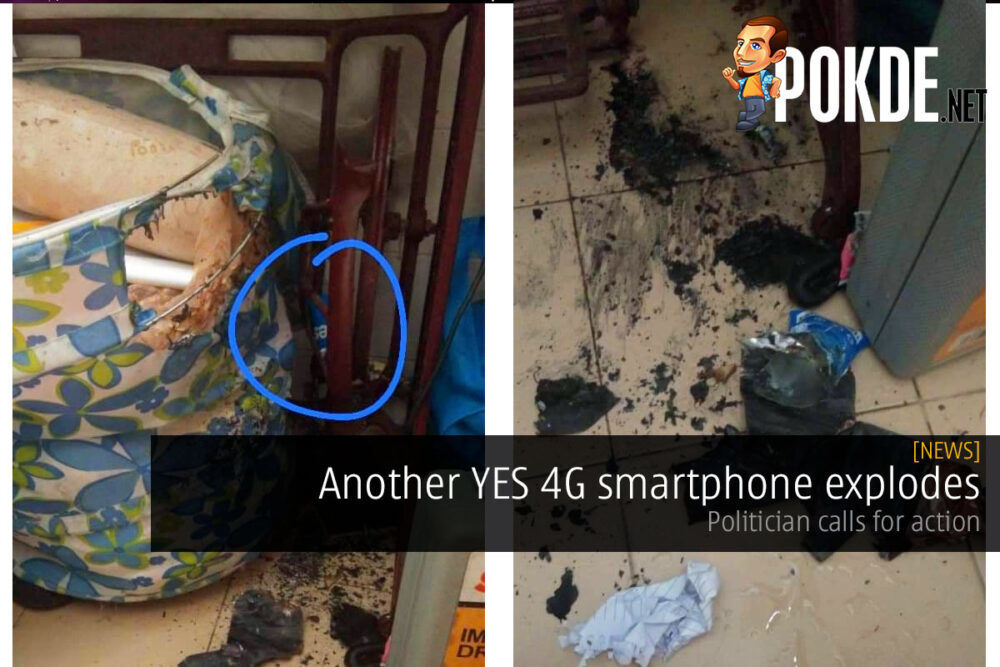 It seems that more reports of exploding YES 4G smartphones are cropping up online. I guess that since the device didn’t see many users previously, there wasn’t as much of a userbase to talk about, but now as the devices have been distributed to B40 families to enable learning from home, more users are using them, and more issues are cropping up.

Syed Saddiq Syed Abdul Rahman has just shared yet another YES 4G smartphone that apparently exploded, although there appears to be no traces of the phone left after the fire. After investigating prior cases, YTL Communications issued a statement acknowledging the cases and claims that the devices are “safe for use”, but here we are.

While previous examples appear to show just the battery catching on fire, which is actually more common than you think, this particular case shared by Syed Saddiq appears to have completely disintegrated. Most of the cases appear to happen during charging, which indicate poor charging circuitry in the YES 4G smartphones.

It does appear that in this case, the device might have overheated as the user appears to have charged the device near clothes where it might not have enough ventilation, but a well designed charging system should cut off charging when the battery hits unsafe temperatures. In YES 4G’s statement, they did mention that users should use the included chargers, but then again, any properly designed smartphone should have the necessary capabilities to regulate its charging, as long as it is connected to a proper USB charger.

I do look forward to YES 4G and the government’s response regarding these issues. Previously, Perak’s Menteri Besar replied to criticism about the low specifications of the YES 4G devices by saying that the poor specs were intentional to prevent gaming among the kids who received the devices. I guess phones that randomly goes up in flames do prevent them from gaming, so he isn’t entirely wrong.

Pokdepinion: With so many similarly cheap devices that are significantly higher specced, I do wonder why were the YES 4G devices selected for distribution to the B40 families. Smells fishy.

OnePlus Nord 5G is now a whopping RM600 off SRP!
Next