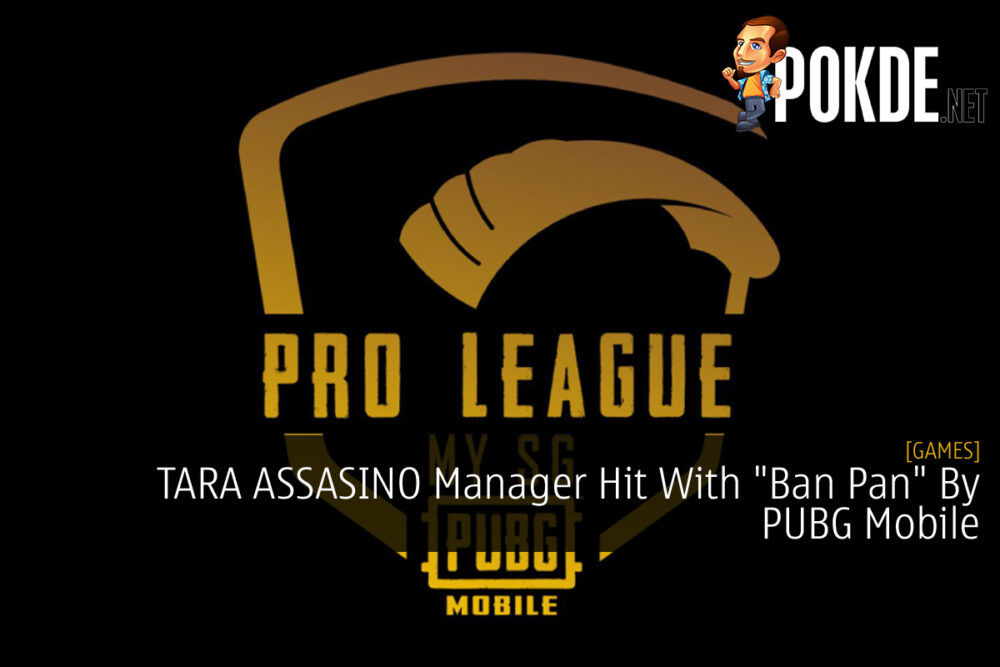 PUBG Mobile has declared that they have uncovered a management fault and have issued a “ban pan” to the team manager who is responsible. 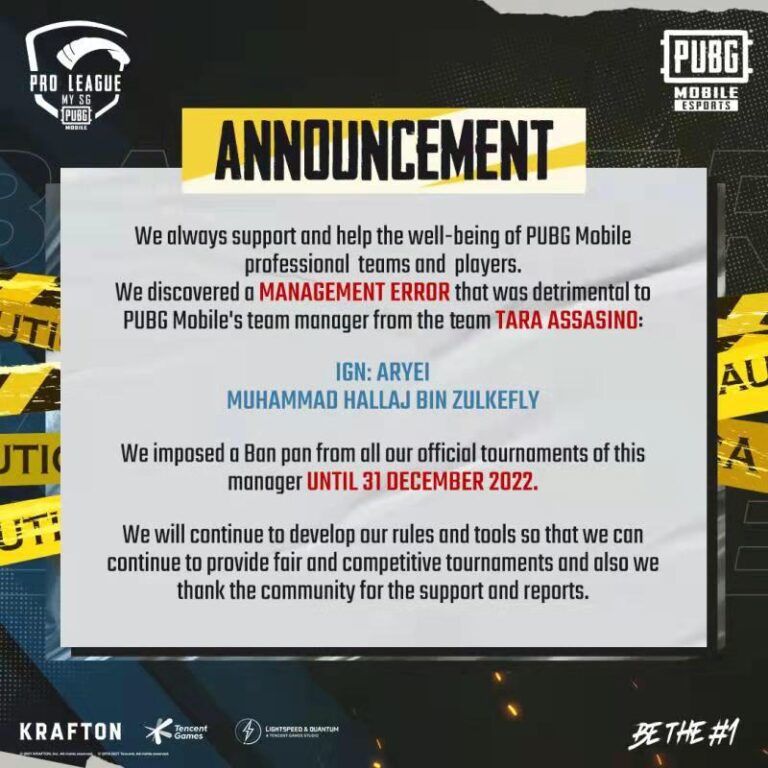 Muhammad Hallaj Bin Zulkefly, the manager for the team TARA ASSASINO, has been banned after being caught using cash prize winnings for his own use rather than distributing them to the winners. Muhammad Hallaj will be banned from all official PUBG Mobile tournaments until 31 December next year, stated the tournament organiser.

According to PUBG Mobile, it uncovered a management issue that harmed the team manager of the TARA ASSASINO team. Officials from PUBG Mobile have stated that they are taking this matter seriously and will take all necessary steps to protect the players.

“We always support and help the well-being of PUBG Mobile professional teams and players,” PUBG Mobile said in their announcement. “We will continue to develop our rules and tools so that we can continue to provide fair and competitive tournaments”.

Pokdepinion: Shame on TARA ASSASINO’s team manager for using the team’s prize winnings for himself. That’s the product of the team’s blood, sweat and tears and it’s not fair for that to happen. Hope the team gets their money back in full.