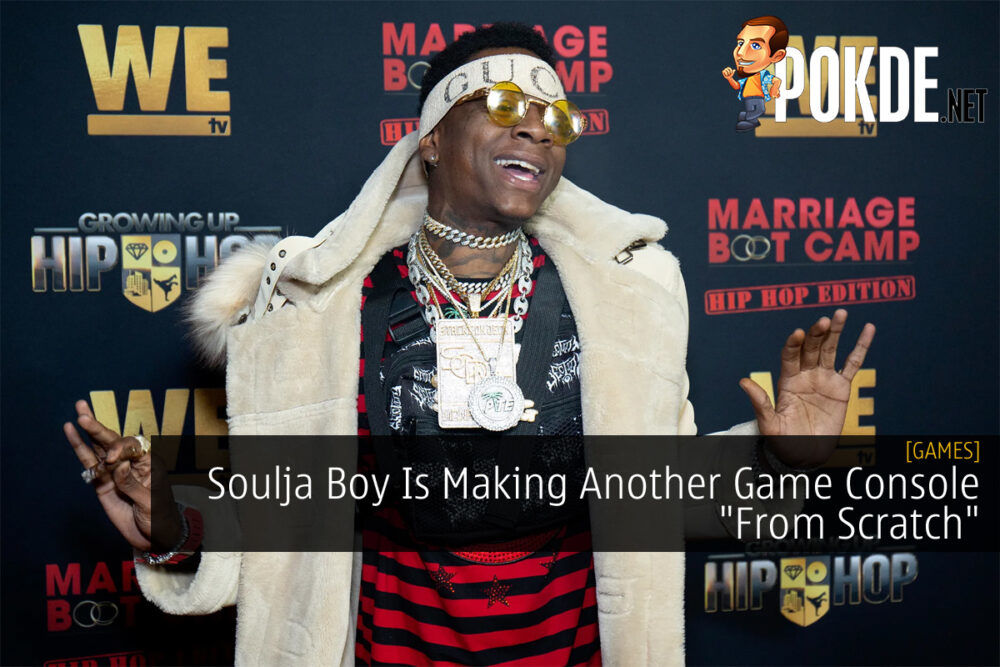 Does anyone remember Soulja Boy’s failed attempts at selling game consoles back in 2018? The rapper sold a few China-made knock-off video game consoles repackaged under his “Soulja” brand which was subsequently taken down following a lawsuit by Nintendo. You’d think that he would’ve learned his lesson after all that kerfuffle but it turns out that might just not be the case.

Soulja recently tweeted, “Coming soon @SouljaGame” last weekend which seems to indicate that he is indeed coming back with another “video game console”. If you check out the Soulja Game Twitter account, it does indeed say that they are building a new console seemingly “from scratch” with “an all new design”.

It’ll be interesting to see what’ll happen to the console when it releases. Heck, it might just hit it big and become a surprise hit with gamers. Who knows?

Pokdepinion: I have to applaud Soulja Boy at his ballsy attempts at cracking the video game industry. Sure they might not be good attempts but you have to admit they are quite entertaining.

Sony WF-1000XM4 Leak Shows Off A Brand New Design
Next