Here Is The Official Cyberpunk 2077 System Requirements for PC Cyberpunk 2077 has been delayed a number of times now, but their current release date should be the final one. If you’re unsure whether you need to upgrade your PC or not, here is the official Cyberpunk 2077 system requirements for PC gaming.

Here Is The Official Cyberpunk 2077 System Requirements for PC

The Cyberpunk 2077 system requirements for PC gaming was officially unveiled during CD Projekt Red’s Night City Wire livestream. Apart from that, the livestream also gave gamers a new look at Night City, along with the gangs that will be in the game.

I’m sure many of you would like to know what the Cyberpunk 2077 system requirements are so without further ado, let’s check it out: As you can see from the listed Cyberpunk 2077 system requirements for PC, it’s not heavy. It’s more than acceptable given today’s PC gaming standards so I’m sure most people would be able to enjoy the game. Alternatively, there is always the option of playing it on console, and there’s nothing to be ashamed of.

CD Projekt Red has also noted that for a Dolby Atmos experience, your PC audio solution must have support for Dolby Atmos. I know that may sound obvious but sometimes, you just have to point it out.

Cyberpunk 2077 will finally be launching for the PlayStation 4, PlayStation 5, Xbox One, Xbox Series X, and PC on 19th November 2020. Hopefully, there will be no additional delays.

Aiman Maulana
Jack of all trades, master of none, but oftentimes better than a master of one. YouTuber, video editor, tech head, and a wizard of gaming. What's up? :)
Pokde Recommends
ActionadventureAnnouncementCD Projekt REDCyberpunkCyberpunk 2077GaminghardwareGamingNewsPCMR
MORE
Read More
182 PSA: Cyberpunk 2077 Mobile is Fake and Should Not Be Downloaded
Read More
1420 PSA: Resident Evil 8 Spoilers Are Now Out On The Internet
Read More
1469 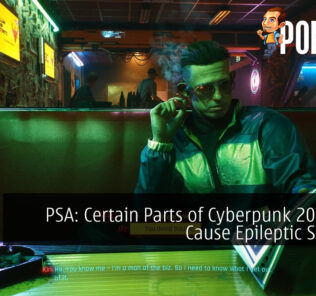 unifi bait-and-switch fiasco now under investigation by MCMC
Next