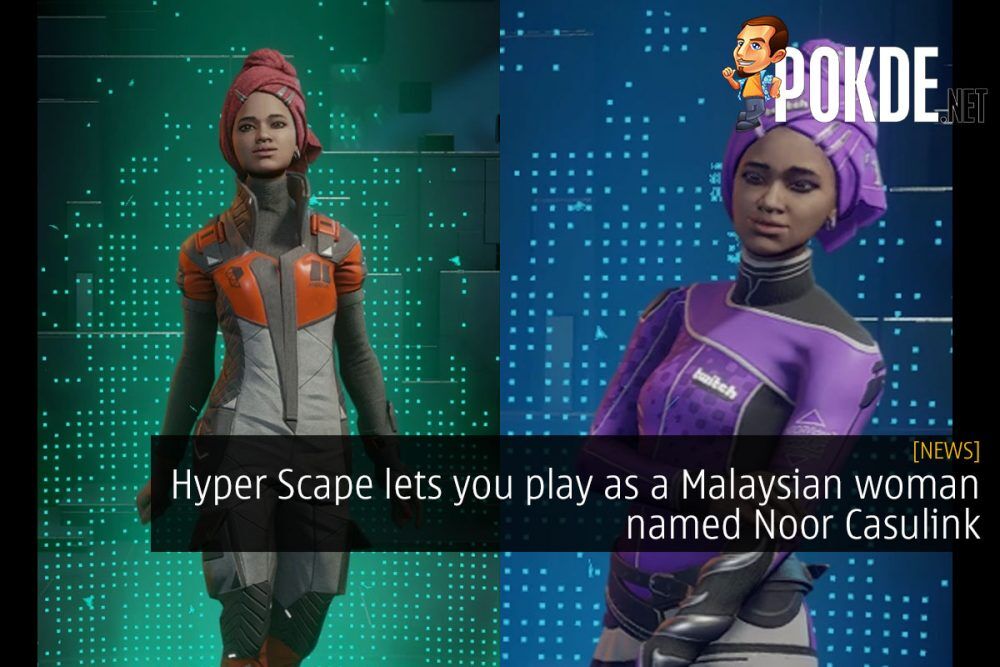 While Malaysians being on the development team of top-tier games and adding some Malaysian touches to the games is fairly common in recent times, this might be one of the first times a Malaysian is actually featured as a playable character. Hyper Scape will let you play as Noor Casulink in the up and coming battle royale by Ubisoft.

According to the lore of the character, Noor Casulink’s real name is Noor Azimah binti Yusof, and hails from Pekan, Pahang.  She is apparently a “social media influencer”, which is indeed a rather common career path for good looking young folk in Malaysia nowadays.

Hyper Scape is currently available as an open beta, and puts players in Neo Arcadia, an urban battle environment which will see up to 100 players face off against one another.

Pokdepinion: I do look forward to hearing her voice lines!

Apex Legends: Here’s Why We’re Not Getting Titans YET
Read More
5463

TM and Digi collaborates to expand high-speed broadband coverage
Next