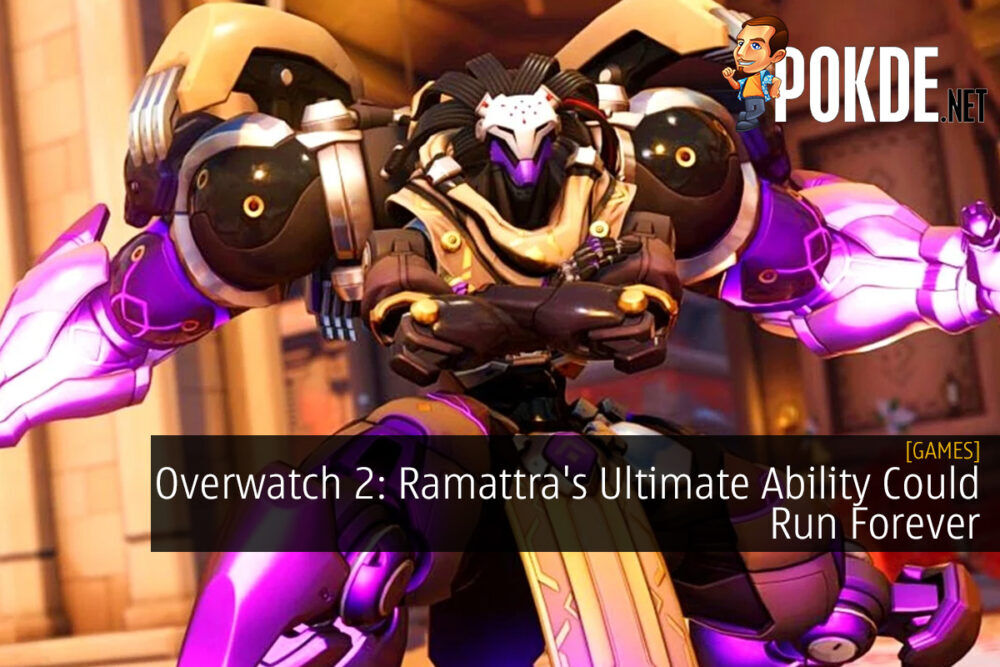 Based on the descriptions for Ramattra’s abilites in Overwatch 2, his ultimate ability could be one that can potentially be running forever.

Recently, we were treated to some gameplay footage of the upcoming character, Ramattra. Since then, we’ve learned about his abilities in Overwatch 2, provided no changes will be made prior to his arrival. Before we dissect some information, let’s look at his entire ability list first: 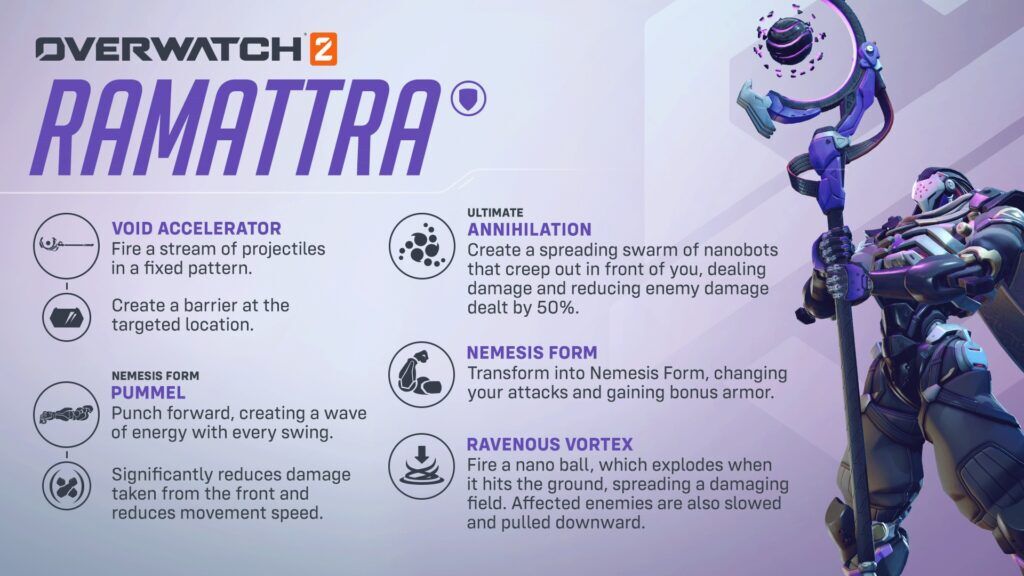 Fires a stream of projectiles in a fixed pattern.

Create a barrier at the targeted location.

Punch forward, creating a wave of energy with every swing.

Fire a nano ball, which explodes when it hits the ground, spreading a damaging field. Affected enemies are also slowed and pulled downward.

Create a spreading swarm of nanobots that creep out in front of you, dealing damage and reducing enemy damage dealt by 50%.

Looking at his abilities overall, it does appear as if Ramattra is how Doomfist was intended to be as a tank. When taking his ultimate ability into consideration, it would appear that he might be far scarier than initially expected. As you might know by now, he can go between two forms, with the Nemesis form allowing him to be tankier and more devastating in close range at the expense of speed.

On its own, it seems fine as it can only last 8 seconds but when paired to his ultimate skill, it can potentially last forever. After all, its duration is dependent on him dealing damage to enemies. Therefore, if he can continuously deal damage, he can stay in Nemesis form. While this sounds like something that could break the balance of Overwatch 2, he will be hindered from staying for too long due to the movement speed penalty. For now, we will just have to wait and see.

Overwatch 2 Season 2 will be launching on 6th December 2022. The game is currently available for free for the PlayStation 5, PlayStation 4, Xbox Series X, Xbox One, Nintendo Switch, and PC.

Pokdepinion: If this makes it easier to take down some of the more solid tanks and allow for more aggressive plays, then this is something I really look forward to.

Aiman Maulana
Jack of all trades, master of none, but oftentimes better than a master of one. YouTuber, video editor, tech head, and a wizard of gaming. What's up? :)
Pokde Recommends
Activision BlizzardBlizzardFPSGamesGamingMalaysiaMOBAnew characterGamingMicrosoftNewsNintendoPCMRPS 4PS5Sony
MORE
Read More
1140

TM Is Currently Teasing a New Unifi Box
Next