New PS5 cooler is smaller, lighter, yet better than the original version 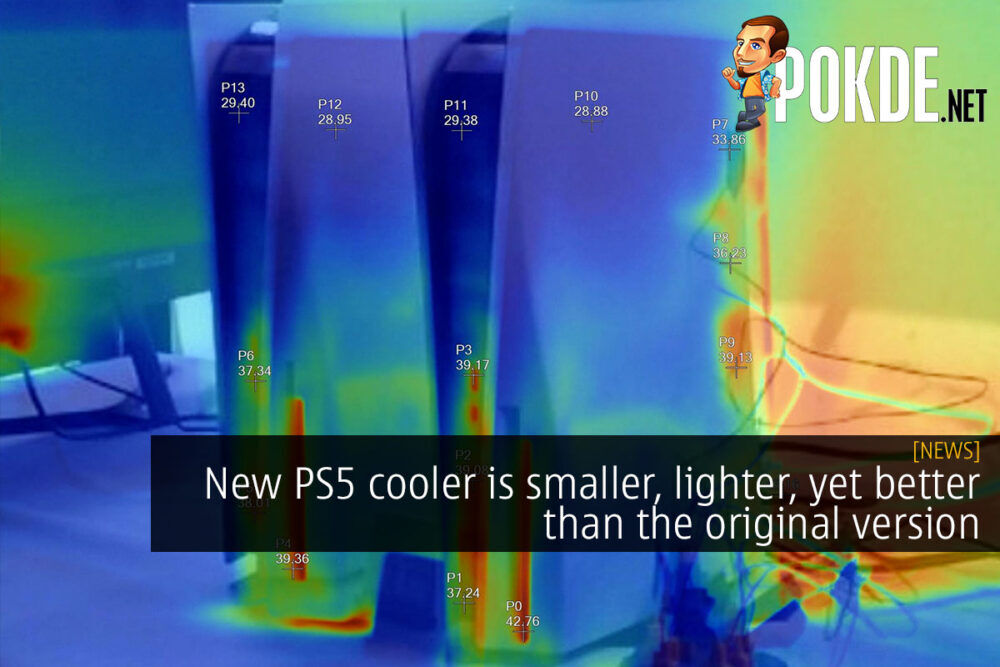 Preliminary testing of the new, refreshed PlayStation 5 has revealed higher temperatures at the exhaust, which led some to believe that the older design had better cooling. After all, upon disassembly, the older PS5 has a notably larger heatsink, and we know that size matters when it comes to cooling. However recent testing by Hardware Busters have found that the new PS5 actually has better cooling, in some ways. 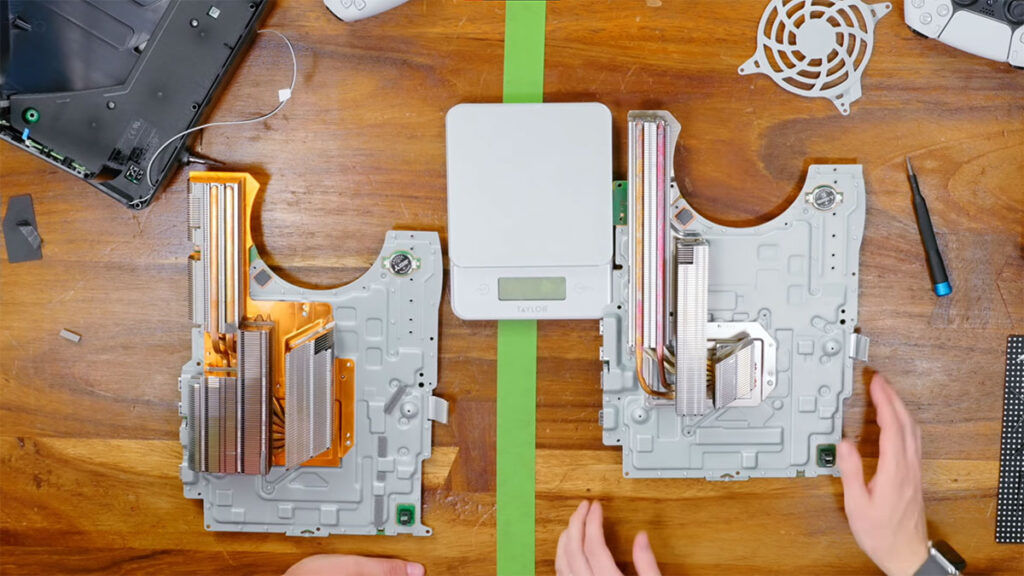 Part of the reason why the exhaust temps were higher is probably because the newer, smaller heatsink is actually wicking away more heat from the SoC. The new PS5’s chipset was reportedly 11°C cooler at 40.08°C versus 51.15°C in the older version, which is a significant difference. However it sacrificed some cooling over the memory modules, with the new PS5’s memory running close to 8°C warmer. The VRM also runs warmer, although the difference is less than 2°C here. The exhaust temperature is evidently higher, with the new PS5 pushing out air that’s about 2°C warmer. 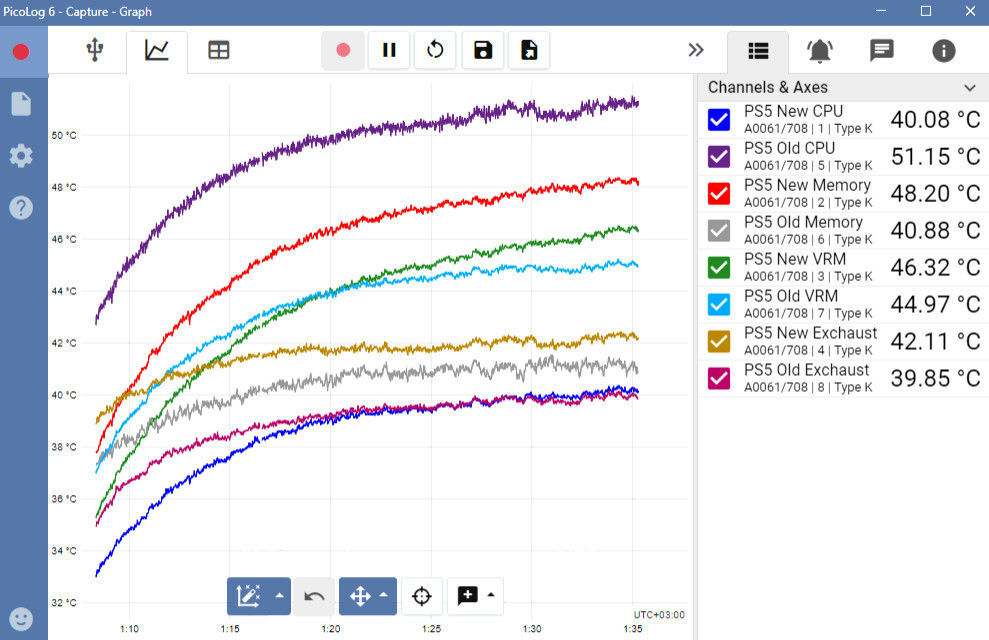 Fan speeds were similar, and noise levels were slightly higher on the new PS5, but overall, it does indicate that the newer, lighter heatsink that Sony is using in the refreshed version of the PlayStation 5 actually does a better job at cooling the chipset. According to the test results, the newer PS5 is also around 8% more efficient, although the difference swings in the old PS5’s favor when it comes to 4K gaming with raytracing enabled.

It is believed that the lower temperatures allowed the SoC in the new PS5 to clock higher, which resulted in the 1 to 4% higher power draw. This is a pretty reasonable hypothesis, although performance should still be within margin of error. So yeah, if you got yourself a new PS5 with the model number starting with CFI-11XX, don’t worry about the cooling. You will probably be looking at slightly warmer memory and VRM temperatures, but the SoC is significantly better cooled. You can watch the full video of the testing procedure and results below:

Pokdepinion: Glad that someone took the initiative to get actual thermal results, rather than just measuring the exhaust temperatures of the new PS5!

Growing Concerns on WhatsApp Privacy and Encryption After Investigation
Next