Tekken 7 Review: A Great Fighting Game with One Major LIE 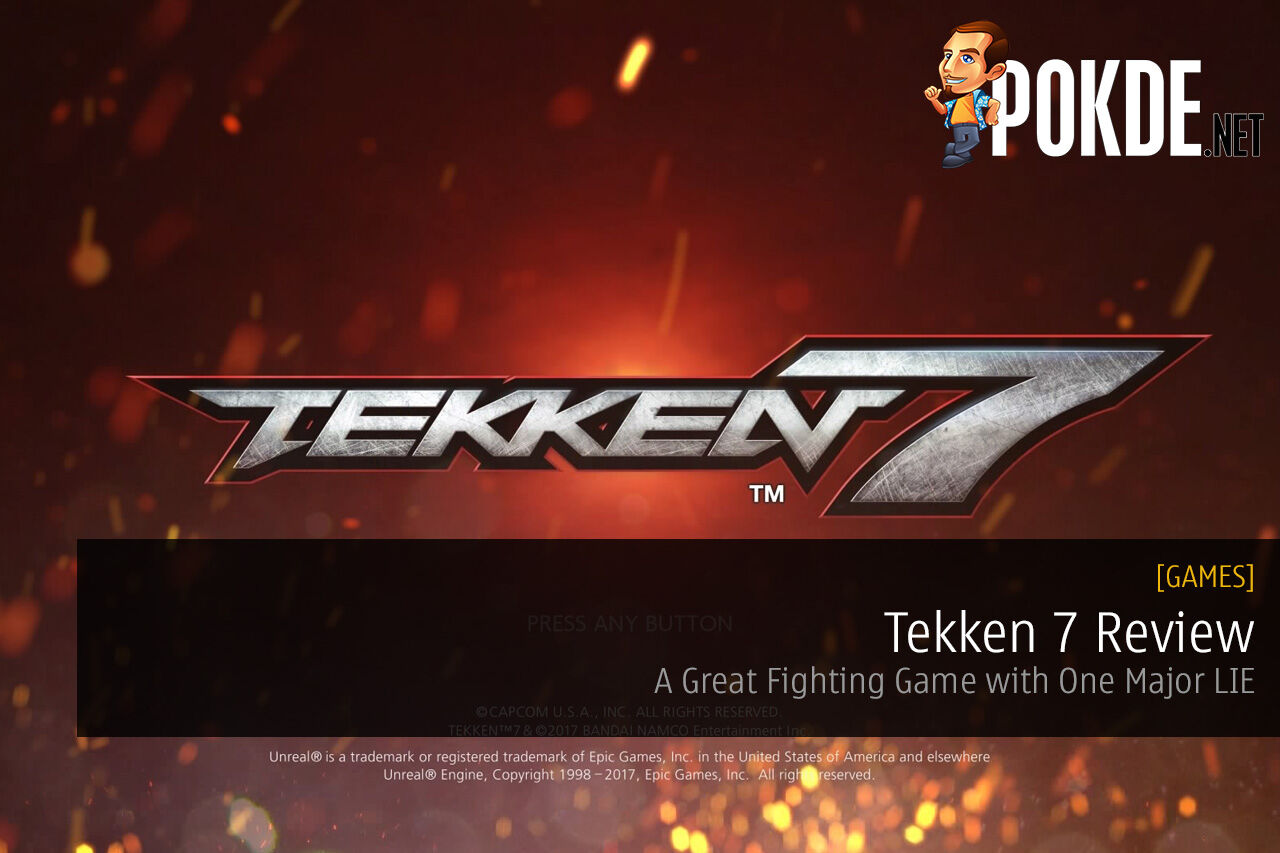 + Story Mode has a decent storyline that can have people wondering what’s coming next.
+ Street Fighter’s Akuma as a guest character that also plays an integral role in the game’s story.
+ Smooth and refined combat mechanics.
+ Can be challenging at times.
+ Character customization options.

- Major lack in narrative content.
- The part about this being the end of the Mishima saga is a lie.
- Story Mode barely lasts 2 hours.
- Not a game for those who enjoy playing games solo.

As a fighting game, Tekken 7 is an enjoyable game that I can recommend people that enjoy the genre. The key here is you must be willing to play with other people if you truly want to enjoy the game, as that’s where the bulk of the gameplay is going to be. Would be much better if it had a lengthier storyline that truly concludes the Mishima saga.

The King of Iron Fist tournament is back! A surprisingly entertaining fighting game with one big lie. Check out our full review of Tekken 7.

The King of Iron Fist is a title that is familiar with most gamers. It can only be won by defeating numerous enemies in a fighting game series and that is the Tekken franchise. After being in limited arcade machines in Japan since 2015, Bandai Namco is finally bringing it to the home console. Is it worth getting a copy and diving into the supposed final chapter of the Mishima clan saga? That’s what we’re going to find out right now. 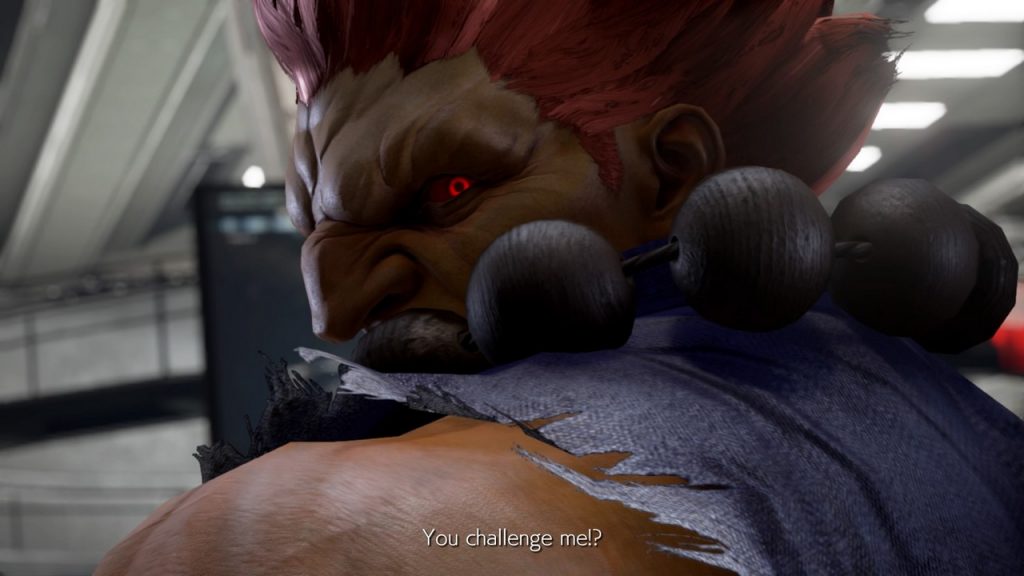 The game’s story takes place right after the events of Tekken 6, where Jin Kazama has successfully taken down primary antagonist Azazel and has gone missing. Heihachi Mishima plans on having people boycott his rival organization, G Corporation, by exposing the CEO’s deepest, darkest secret that shouldn’t be made public.

He makes a deal with Claudio Serafino of the Sirius Marksmen organization to help expose G Corporation CEO Kazuya Mishima’s secret to the world. This will turn public opinion to Heihachi’s own Mishima Zaibatsu. However, Claudio senses that there is an unknown individual with “devil-ish” powers in the land that is unrelated to the Mishima bloodline.

This unknown individual turns out to be Street Fighter’s own Akuma. He claims to represent Heihachi’s late wife, Kazumi Mishima, with one specific promise; to take down both Heihachi and Kazuya Mishima. And thus, another war is taking place and the lands have become even more chaotic than before. What will happen to the Mishima bloodline now that a new destructive force has joined the fray? 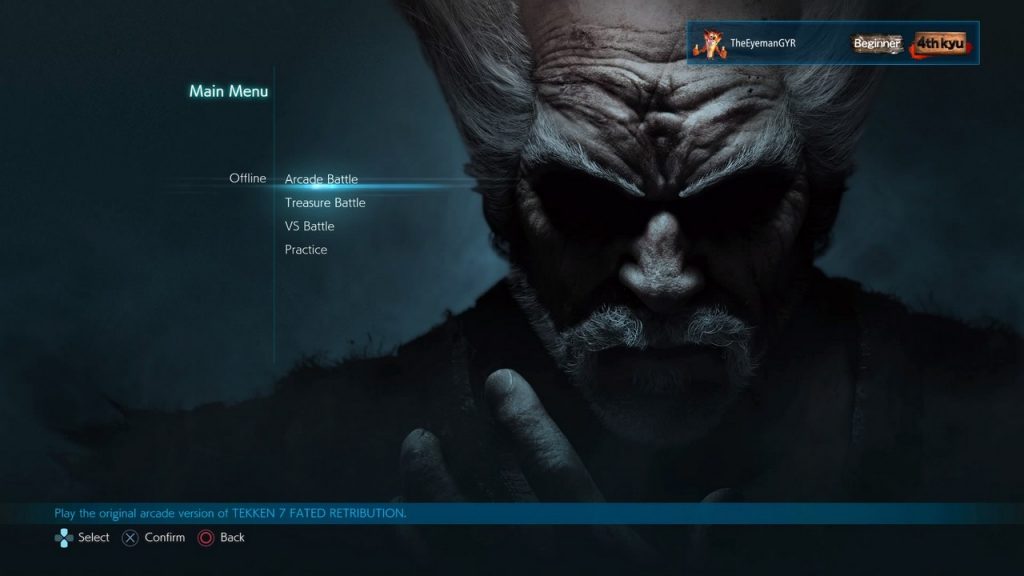 The number of things you can do with Tekken 7 can be considered both a little and a lot depending on your perspective. You have the Offline Mode, which consists of a Practice Mode, Treasure Battle, Versus Mode, and an Arcade Mode. Both Practice and Versus modes are self-explanatory, with the unique ones here being the Treasure Battle and Arcade Mode.

In Treasure Battle, you will continuously fight enemies using any character of your choosing until you either lose or quit. With every win, you will earn in-game currency which can be used to unlock cosmetic items for characters such as skins and alternate outfit schemes. In Arcade Mode, you will fight a total of 5 enemies in 5 matches, 2 rounds each. There will be 3 normal enemies, a sub-boss, and the final boss, which may differ depending on the character you use.

While Treasure Battles are great for to play the game endlessly, the Arcade Mode is too short. In the past, you’d have at least 7 matches but they’ve shortened it to an amount that would be more suitable if this was a PS Vita game instead. The A.I. opponents aren’t exactly difficult but can get cheap with their combos when played with harder difficulty settings, which can keep things intense for most gamers. 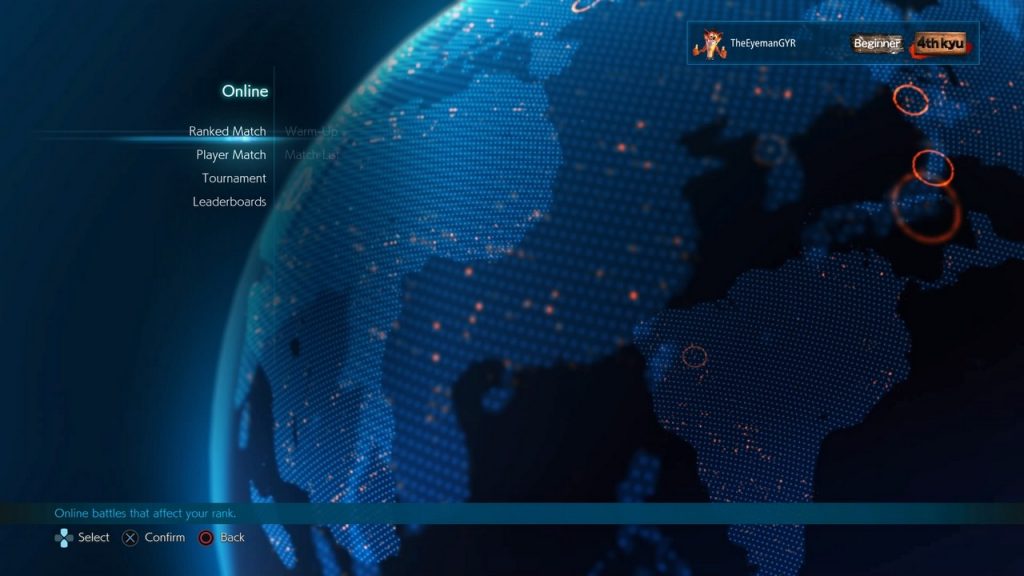 The Online Mode on the other hand is split into ranking matches, quick battles and lobbies. Lobbies and the invitation system work very well, with stable connections making the experience easier, but the game continues to frustrate, particularly in 1v1 lobbies. There is no simple re-match option, kicking you back to the lobby whenever you want to fight again, causing minutes of waiting time between matches. You can also run online tournaments for you and your friends to enjoy, which is a straightforward affair.

If you manage to pull off a chain, you have a hope of juggling them from one end to the other and punish them endlessly. Each character have their own movesets so it will take a bit of time to learn but with the exception of Akuma, most characters aren’t too different from each other. 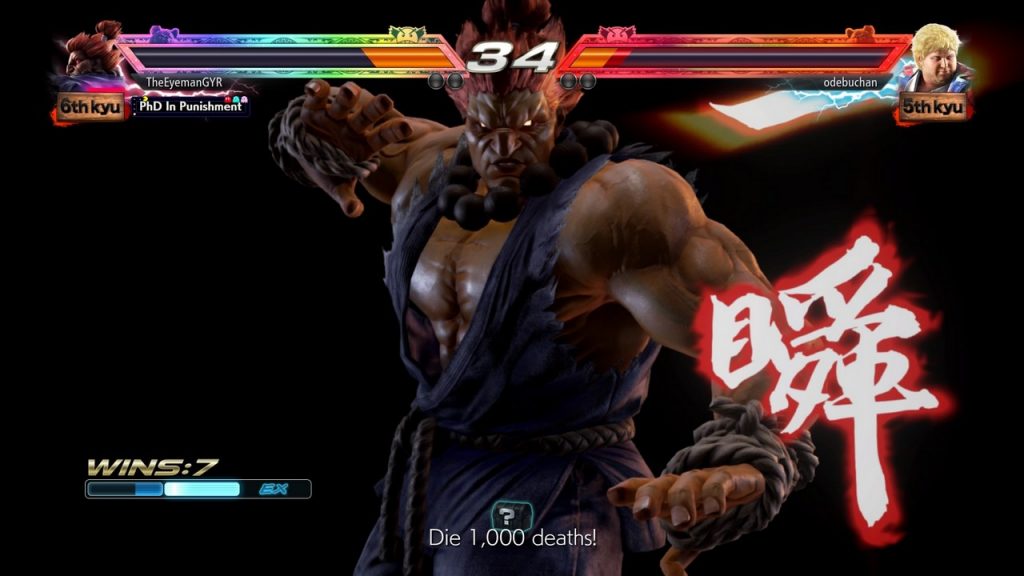 Then you have your Rage Arts and Rage Drives. The easiest way to understand this is that one is a desperation/super move that deals a huge amount of damage while the other is quick, powerful hit that will enable you to continue to a combo to dish out a whole lot of damage. These are here as a comeback mechanic, so even if you’re badly losing, you still have a chance to win. You can also utilize this as a way to end the match in a more flashy way.

Tekken 7’s combat system feels familiar, like the usual Tekken formula, but feels a lot more refined. Especially when the slow-mo cam is triggered as 2 hits are about to collide at the same time, it feels so much better than ever before without letting go of what Tekken is known for. As far as the combat mechanics go, Tekken 7 is pretty solid.

And finally, we have the Story Mode. 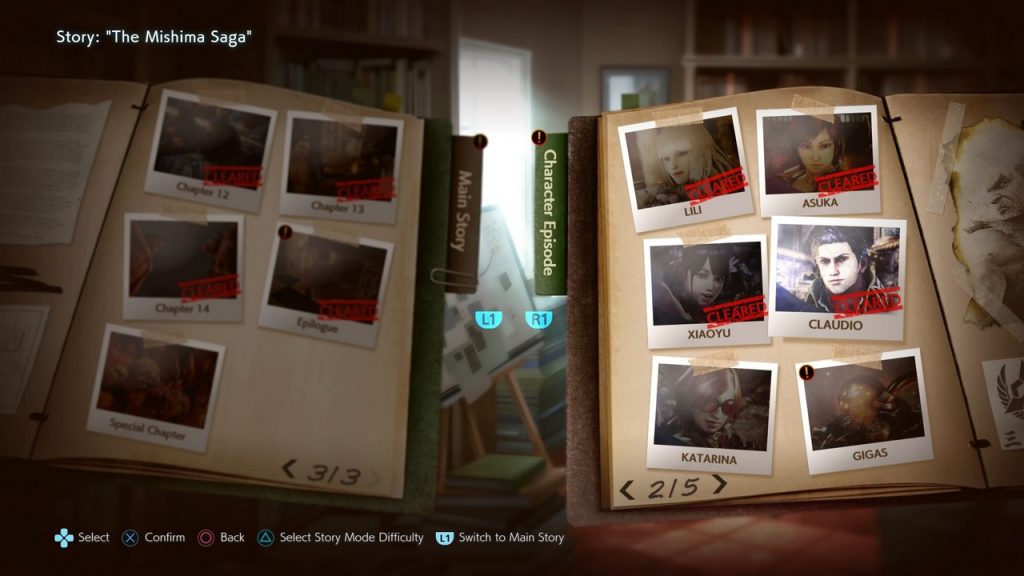 If you’re expecting a game with a good and lengthy narrative, you are about to be disappointed here. Tekken7’s Story Mode focuses on the Mishima Clan’s struggle. This is supposed to mark the end of the Mishima saga, with the key here being Heihachi Mishima, Kazumi Mishima, Kazuya Mishima, Jin Kazama, and in a surprising turn of events, Street Fighter’s Akuma.

While I don’t want to spoil the game’s storyline, this is what I can tell you. It takes less than 2 hours to complete the storyline, maybe even an hour if you’re good with fighting games, and it’s not even close to being the end of Mishima saga. The game explains why Akuma is brought to Tekken 7, and there is a certain “matter” that ended by the conclusion of the game but with a cliffhanger ending, we are expected to see a continuation of the Mishima saga in another installment.

I expected that they would truly end the saga but it feels like I’ve been lied to. If anything, this is merely the beginning of the end of the saga, and it might not be a direction that fans would be pleased about. While the game’s main Story Mode is short, there are character-specific episode quests that you can go through. This effectively pads up the storyline content of the game and enables players to know what each character of the game is up during this timeline. 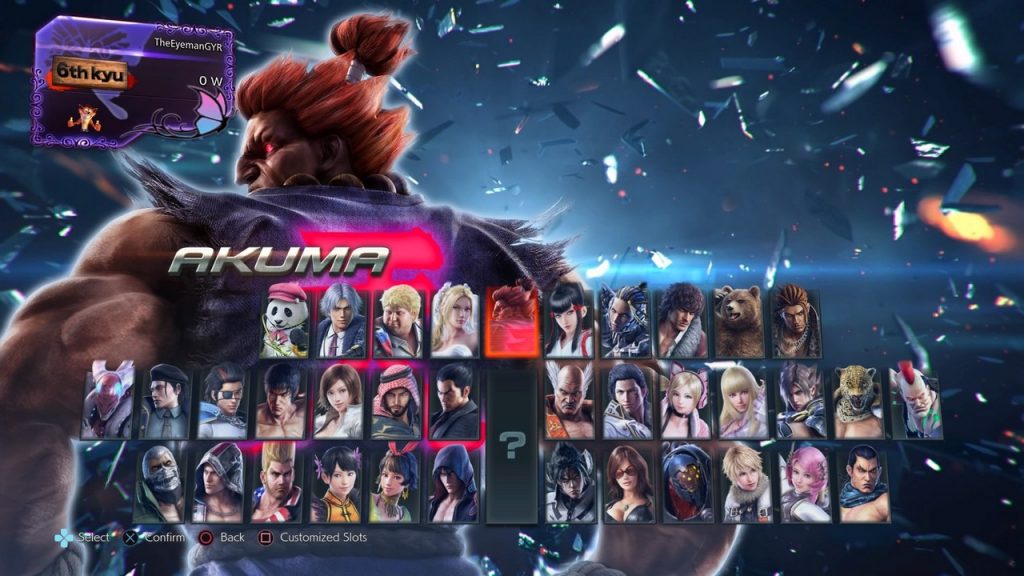 Tekken 7 has a decent roster of playable characters, with 36 characters total (37 if you pre-ordered the game). All of the characters are available from the get-go, so there is no need for you to unlock anyone. To me, I see this as a missed opportunity as unlocking characters like the fighting games of yesteryear will keep people hooked to the game and encourage people to try out and master a variety of characters. 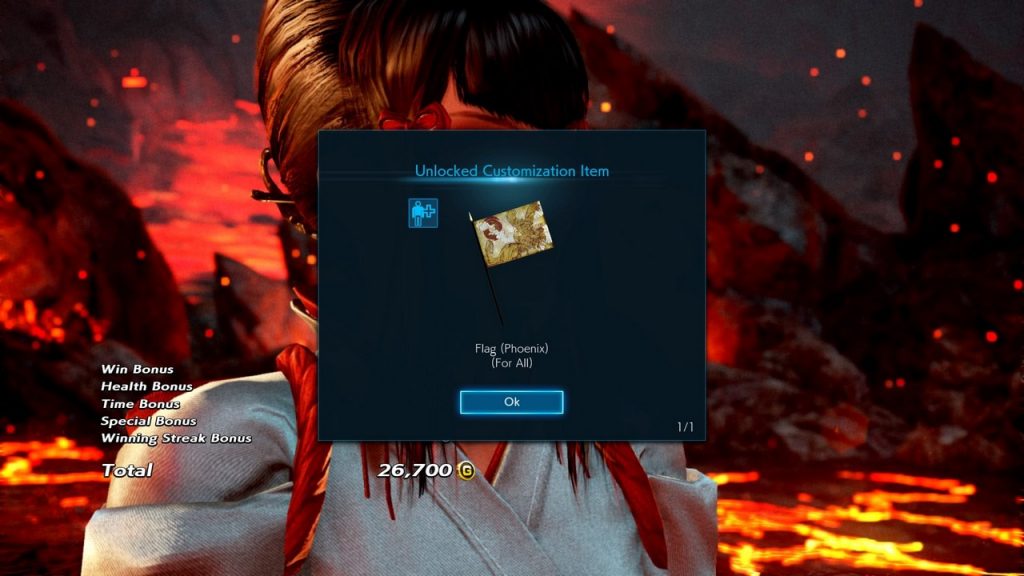 While there will be 2 additional characters for the game via DLC, it simply can’t beat the joy of unlocking them through sheer hard work of playing through the game. As far as customizations are concerned, it’s a great way to personalize your favourite characters to appear the way you like them; from wearing silly items to making them look even more serious than before. However, these are just cosmetic items and nothing more, which makes it feel like you can just skip through it if you don’t mind the default looks. 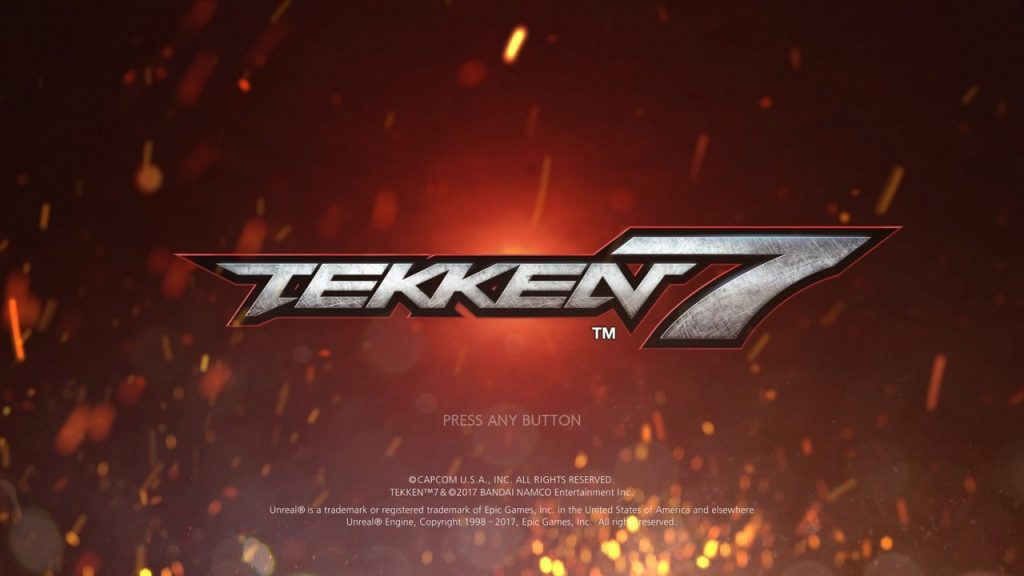 As a fighting game, Tekken 7 is an enjoyable game that I can recommend people that enjoy the genre. The key here is you must be willing to play with other people if you truly want to enjoy the game, as that’s where the bulk of the gameplay is going to be. If you are the type who enjoys playing games solo, it would be better if you avoided this and go for a game like Crash Bandicoot N. Sane Trilogy or Valkyria Revolution this month.

Not that it’s a bad game. It’s just not a game that would suit everyone, especially since it’s lacking in narrative content but is worth the money if you enjoy competitive gaming. Overall, I’d award Tekken 7 with our Silver Pokdeward!

I randomly streamed this game with a friend. If you wanna check it out, click here while the video is still available on Twitch.

Aiman Maulana
Jack of all trades, master of none, but oftentimes better than a master of one. YouTuber, video editor, tech head, and a wizard of gaming. What's up? :)
Pokde Recommends
Bandai NamcofightingreviewTekkenTekken 7Gaming
MORE
Read More
585 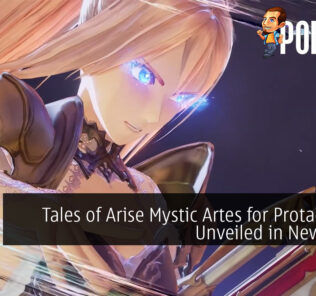 Why Bandai Namco and NetherRealm Are Cutting Ties With WePlay Esports?
Read More
2063