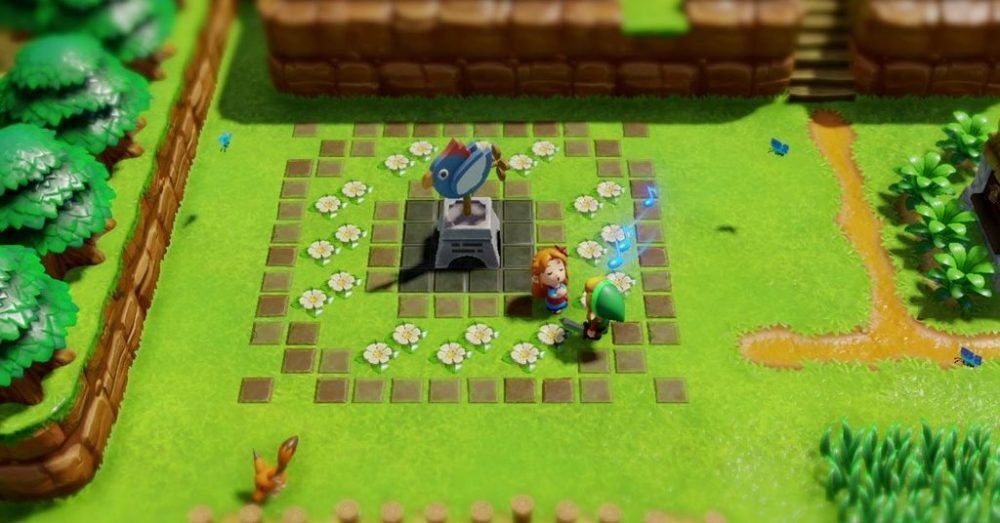 At the Nintendo E3 2019 presentation, there was a brand new trailer for The Legend of Zelda: Link’s Awakening. Not only that, we also the a proper release date for the game.

The trailer opens with the beginning moments of Link’s Awakening, with Marin finding Link on the shore of Koholint Island. In fact, the trailer is filled with a ton of nostalgic moments if you’ve played the original release, including the fishing mini-game, to Link waking up at Marin and Tarin’s home.

The latter half of the reveal featured a new dungeon building mode that allows you to build dungeons from chambers you earn as you play the game. Completing your dungeon will earn you some rewards; in the case from the trailer, Link was rewarded with a Fairy Bottle.

The Legend of Zelda: Link’s Awakening originally released back in 1993 for the Game Boy and is the first game in the series to be brought to a handheld system. Link’s Awakening is one of the odder titles in the series, featuring side-scrolling sections, and characters and creatures from other Nintendo games like Kirby, Yoshi, and Chomp. It also is set on Koholint Island and has nothing to do with Princess Zelda.

The Legend of Zelda: Link’s Awakening remake was revealed earlier this year on a Nintendo Direct. Complete with an animated introduction, the announcement trailer gave us a look at the remake’s cutesy art direction, as well as some familiar scenery from the 26-year-old game.

The Legend of Zelda: Link’s Awakening will be coming to the Nintendo Switch on 20th September 2019.

Pokdepinion: I really like how they try to maintain the classic style because I really enjoyed that style of gameplay.

Aiman Maulana
Jack of all trades, master of none, but oftentimes better than a master of one. YouTuber, video editor, tech head, and a wizard of gaming. What's up? :)
Pokde Recommends
E3 2019nintendonintendo switchpresentationrelease dateRPGThe Legend of ZeldatrailerGamingNewsNintendoSwitch
MORE
Read More
18319