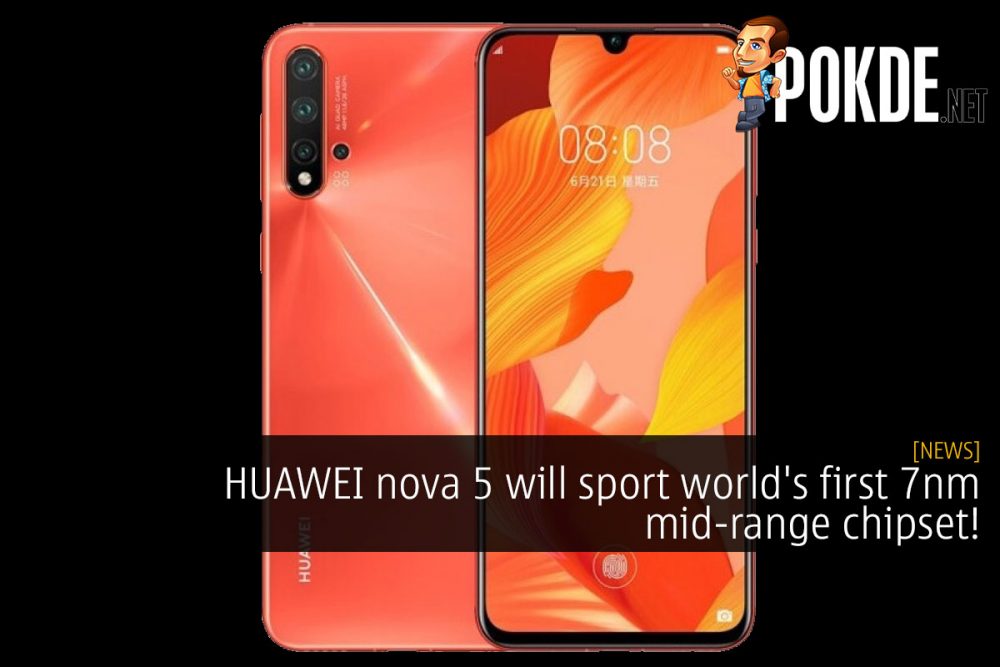 Despite major setbacks from the US trade wars, it appears that HUAWEI will be pushing ahead with a new HUAWEI nova 5. The new smartphone will also come with a brand-new 7nm chipset, believed to be the Kirin 810. This will make HUAWEI the first to offer two 7nm smartphone chipsets. 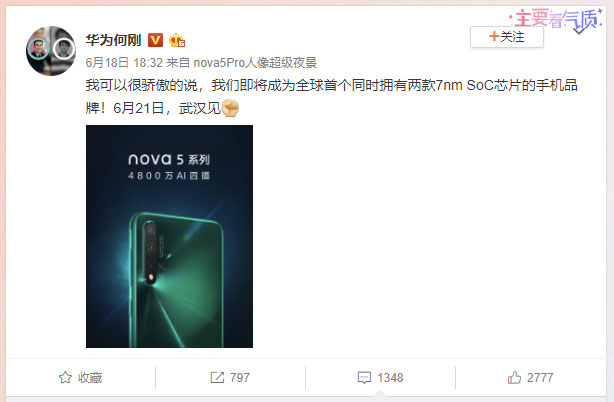 The claim is somewhat disputable, as Apple does offer two 7nm mobile chipsets, although one can argue that the A12X Bionic is a tablet chipset, and not one for smartphones. With that aside, there really isn’t much additional information we know about the Kirin 810 powering the HUAWEI nova 5, aside from the fact that it will be built on the 7nm process node.

GSMArena hints at the chipset featuring a single ARM Cortex-A76 for improved single-core performance, with 7 Cortex-A55 cores to handle multi-threaded applications. The GPU is expected to be the Mali-G52, which offers 3.6x higher performance than the Mali-G51 GPU that was in the Kirin 710. Of course, depending on the configuration, we may see differing results.

The HUAWEI nova 5 is expected to sport a quad-camera setup similar to the HONOR 20, which means a 48MP primary camera mated to a 16MP ultra-wide angle shooter and a dedicated 2MP macro camera. The launch is happening on 21st June, so stay tuned for more updates about HUAWEI’s upcoming mid-range device.

Pokdepinion: A Kirin 810 sounds pretty interesting if the HUAWEI nova 5 doesn’t get priced like the overpriced nova 4…