realme X2 Pro Review — nailing it on the first try! 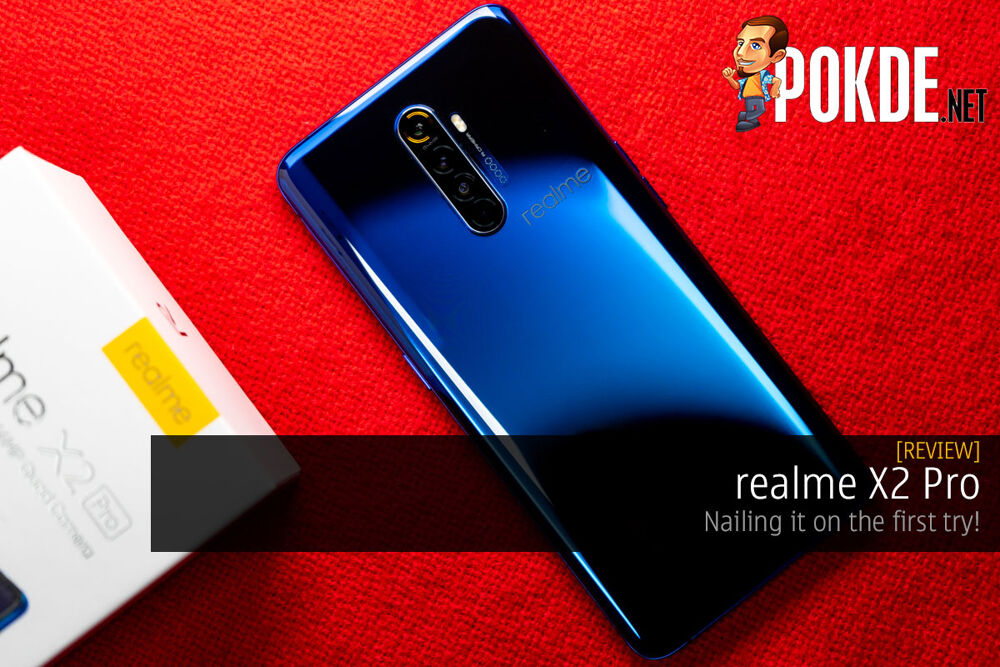 The realme X2 Pro is realme's first true flagship smartphone, but the great combination of a fluid 90 Hz display, 256GB of UFS 3.0 storage, a great 64MP camera and the Snapdragon 855+ to cap it all off is just miles better than what many more experienced brands can even muster. And that price tag. Delectable.

+ SuperVOOC is ridiculously fast, and it comes in the box!
+ Sleek design is really appealing
+ Still comes with a headphone jack! AND stereo audio! And Dolby Atmos!
+ Great performance across the board
+ 90 Hz display is amazing, especially so at this price range
+ Awesome haptic feedback response
+ Good camera results
+ Tremendous value for money

The realme X2 Pro is realme's first flagship and they got almost everything right!

realme has finally given us a true flagship with flagship specifications across the board. The realme X2 Pro packs everything from the fastest charging we have ever encountered, to the latest and greatest components you can get in the Android smartphone market. The best part? They managed to price it so attractively you might think we did a typo.

The packaging of the realme X2 Pro is decidedly less premium than some of its peers. But honestly who cares about the box? Not us. Still I do wish realme will revert to their minimalist designs used with prior smartphones.

In the box are the usual suspects, but the standout feature is that unlike most recent “flagship killers”, the 50W SuperVOOC power adapter comes in the box. You can watch the following video for a full unboxing experience:

The back here sports beautiful curved Gorilla Glass 5 which seamless flows into the aluminium frame. realme once again created a subtle gradient, with the blue taking on a greenish hue nearer the bottom of the phone. A unique design element has to be the horizontal placement of the realme logo, perpendicular to the camera hump. No idea why realme did it, but it seems to be rather polarizing in the communities. Some find it unique, some find it weird. Personally, I don’t mind it.

Gorilla Glass 5 is also what you will find over on the front. Unlike the fancy back, the front here is a lot less outstanding. At least from an aesthetic standpoint, with that waterdrop notch still there. Hardware wise its actually quite interesting with a 90 Hz refresh rate and also DC dimming, but more on that later.

On the bottom and top ends, realme flattened out the curves as you can see here. Another thing to note here is the headphone jack on the realme X2 Pro. realme has yet to drop it from any of their devices, and hopefully that they won’t do it anytime soon. The top end is bare except for microphone hole.

The final touch is the highlighted power button. The realme XT was the first to show it, and the realme X2 Pro shares a similar design. On the right you get the power button and SIM tray, while the other side you get the volume buttons.

Antutu sees the realme X2 Pro trounce everything else we have tested, including the two other Snapdragon 855+ devices we have previously tested. Finally we see something beat the Mi 9, which has been pretty comfortable at the top of the benchmark charts, until today.

CPU performance sees the Black Shark 2 Pro leapfrog over it. The differences are really miniscule in the single-core run, but multi-core does reveal a 10% difference which is rather startling.

The realme X2 Pro seems to be tuned a bit lower when it comes to GPU performance too, which is somewhat disappointing to see considering how the Snapdragon 855+’s main advantage is GPU performance.

It does surprisingly well in PCMark though, probably because of the sheer amount of RAM and high-speed storage here on tap. But it’s also worth noting that ColorOS devices do extremely well in PCMark, so it could just be the optimizations under the hood here.

It does relatively well according to PCMark’s estimates, with nearly 30 minutes longer battery life than the Black Shark 2 Pro despite a similar battery size. Running the test in 60 Hz and 90 Hz didn’t yield a difference though, so we will resort to our normal usage scenario to reflect that.

I managed to clock 6 hours and 40 minutes of on-screen time even with the screen running at 90 Hz over 26 hours away from the plug before the realme X2 Pro hitting 15%. While the battery life is very respectable, the most impressive thing about the realme X2 Pro’s battery is its charging speed. I ran down the battery to 20%, and plugged it in. In just 20 minutes, I got back 95%. My usual tests of 30-minute charges are rendered just too long for this phone.

Of course, with all the performance on hand, you would be enjoying gaming at the maximum settings. The realme X2 Pro does seem to have some issue with thermals though, with some noticeable frame rate dips after about 20 minutes. Surface temperatures are still very reasonable though, which was somewhat odd.

Let’s touch a bit more about the gaming experience. realme included Game Space, which is realme’s rendition of a gaming mode. The realme X2 Pro is definitely ready with a lot of features like 4D vibration and photorealistic enhancement, but unfortunately both PUBG Mobile and COD Mobile aren’t supported yet. Which is rather disappointing given that both of them are two of the most popular titles in recent times. Speaking of the 4D vibration, I do expect it to be pretty awesome though as the realme X2 Pro had the best haptic feedback I have experienced thus far.

Now let’s talk about how it feels using it as a regular smartphone.

For starters we get the huge 6.5″ AMOLED display here. But size isn’t the only thing that matters, as the realme X2 Pro also has a 90 Hz refresh rate. It’s really as fluid as the name Ultra Smooth Display suggests, and scrolling through anything was definitely a great experience. Everything that moves looks smoother because there are now 50% more frames per second, filling in the gaps between the frames. The fluidity combined with the precision of the haptic feedback is really amazing and is surely an experience you need to try out.

It’s unfortunate that my current favorite mobile game doesn’t support it, but it’s only a matter of time with more and more high refresh rate smartphones coming.

Above the screen is a waterdrop notch which houses the 16MP notch. The best part is the wide speaker grille which is more than just an aesthetic touch. The speaker behind it doubles as a secondary loudspeaker to support the main one at the bottom. This is realme’s first smartphone with a stereo setup, or at least it is the first we got to review, and they have definitely nailed it.

In practice, it works pretty well with the sound coming through loud and clear. Definitely usable for gaming or the occasional episode of your favorite K-drama. There’s also Dolby Atmos enhancement for both the built-in stereo speakers and also headphones, so that probably explains the good sound.

realme dubbed the software running on the realme X2 Pro ColorOS 6.1, but there are actually few, if any, changes from ColorOS 6. It still runs Android 9 Pie, with realme promising an update to ColorOS 7 and Android 10 in Q1 2020. In the meantime, ColorOS 6.1 is a pretty solid skin. In fact, it has a rather extensive Dark mode which can override third-part apps’ themes as well. It’s a hit or miss, but if you like a dark screen in apps like Facebook which has yet to receive a proper dark mode, it works.

realme’s most advanced cameras yet

For the realme X2 Pro, realme threw in their first telephoto camera ever. It’s not the best we have seen, but I would say it’s a step in the right direction. You get a 64MP f/1.8 primary camera, a secondary 13MP f/2.5 telephoto camera, and an 8MP f/2.2 ultra-wide angle camera which also doubles as a macro camera. There’s a depth sensor too, just to make the total number come to four cameras. Can’t release a whole series of mid-range quad-camera smartphones and then try to pass off a flagship with one less camera, amirite? But hey, it’s fine. They got the necessities down right.

The software front is very familiar to anyone who has used a recent OPPO/realme smartphone. It’s a simple design with a hamburger button hiding away the fancy features. While I lauded this UI back on the realme 3 series, starting from the realme 5 series I do find that the hamburger menu a bit too cluttered now as realme adds more and more features to their smartphones.

Results are good, both in good lighting and bad. realme nailed it on the software front. Nightscape performed well, and it also takes a lot less time for it complete processing of an image, something you might expect when comparing a Snapdragon 855+ device versus one powered by the Snapdragon 712. The outcome from the realme X2 Pro is great as well, and images do turn out a bit more natural than on realme’s previous devices, i.e. less oversharpened. The telephoto camera peculiarly takes 12MP shots with a 13MP sensor, so I guess the pixels around the edges are used for stabilization. Meanwhile, the Ultra 64MP mode delivers on high-res images but you will only benefit from it in good lighting, as it’s a sensor limitation anyways. You can view the full-sized images here.

Is the realme X2 Pro a good buy? For RM2399, it serve up an amazingly compelling package. You get a flagship packing all the latest goodies like the Snapdragon 855+, 12GB of RAM, a whopping 256GB of UFS 3.0 storage and also a 90 Hz display. The latter is something few even much pricier flagships offer, and you will definitely enjoy a much better user experience than the 60 Hz plebs.

With that said, the realme X2 Pro is still far from the “perfect” flagship. It lacks wireless charging for one, although the 50W SuperVOOC charging more than makes up for it. There’s also no ingress protection, but of course its worth mentioning that no Snapdragon 855+ to date offers an IP-rated resistance against water and dust entry. And at this price point, there really is no smartphone with an IP rating.

Overall, I would say the realme X2 Pro is a device with very calculated compromises, ones I would happily live with. The timing of its launch is perfect as well, capping off 2019 for realme in a big way.

Our thanks to realme Malaysia for sending us the realme X2 Pro for review. 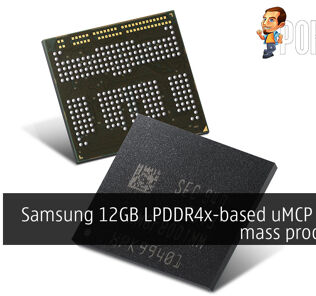 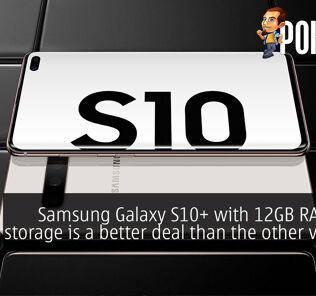 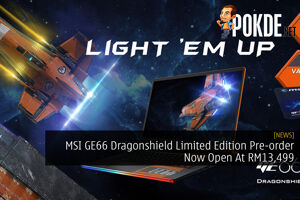