AMD Ryzen 7 4700G is the eight-core desktop APU you have been waiting for! 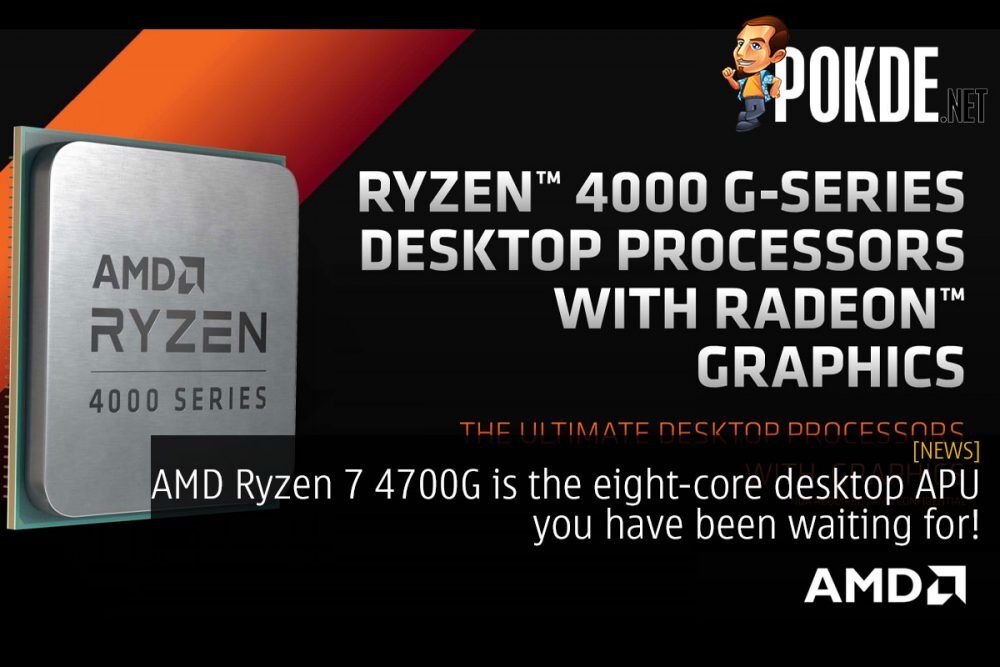 The AMD Renoir-based APUs are finally here. After making its rounds in the rumor mill, AMD has finally officially announced the AMD Ryzen 4000G APUs. And yes, there’s an eight-core APU in the form of the AMD Ryzen 7 4700G and Ryzen 7 4700GE this generation.

Of the six SKUs available, three are 65W SKUs and three are 35W parts. The 65W options are marked by the G suffix, while the GE suffix denotes a 35W part. The core counts are similar, although as you might expect from the lower power targets, the clocks are lower.

If the specifications look familiar, that’s because the current crop of Zen 2-based AMD Ryzen 3000 are running at pretty similar clocks. The new AMD Ryzen 4000G APUs slap on integrated graphics to make them pretty enticing, even if you aren’t planning on using the iGPU. The AMD Picasso generation of APUs were limited to just quad core options, so the availability of octa-core and hexa-core options are sure to excite people looking to setup an ultra-compact PC that’s capable of some light gaming or extensive content creation.

As you might expect, AMD had to compare their offerings against their sole competitor in the x86 CPU space. They did pick the locked 9th Gen SKUs to compare against while the Ryzen 4000G series are unlocked, while also claiming that they couldn’t get a 10th Gen Intel Core processor to compare against.

That doesn’t really change anything, as the AMD Ryzen 7 4700G blows the Core i7-9700 away by a huge margin in games at 1080p, and up to 89% better performance in Davinci Resolve. Meanwhile the AMD Ryzen 5 4600G dominates the Intel Core i5-9500 with a significant lead in both gaming performance and also content creation.

The AMD Ryzen 4000G APUs will appear in OEM systems soon, while enthusiasts will have to wait a bit longer to procure one of these APUs.

Pokdepinion: The Ryzen 5 4600G has the potential to be really popular in entry-level gaming PCs if AMD prices it right…