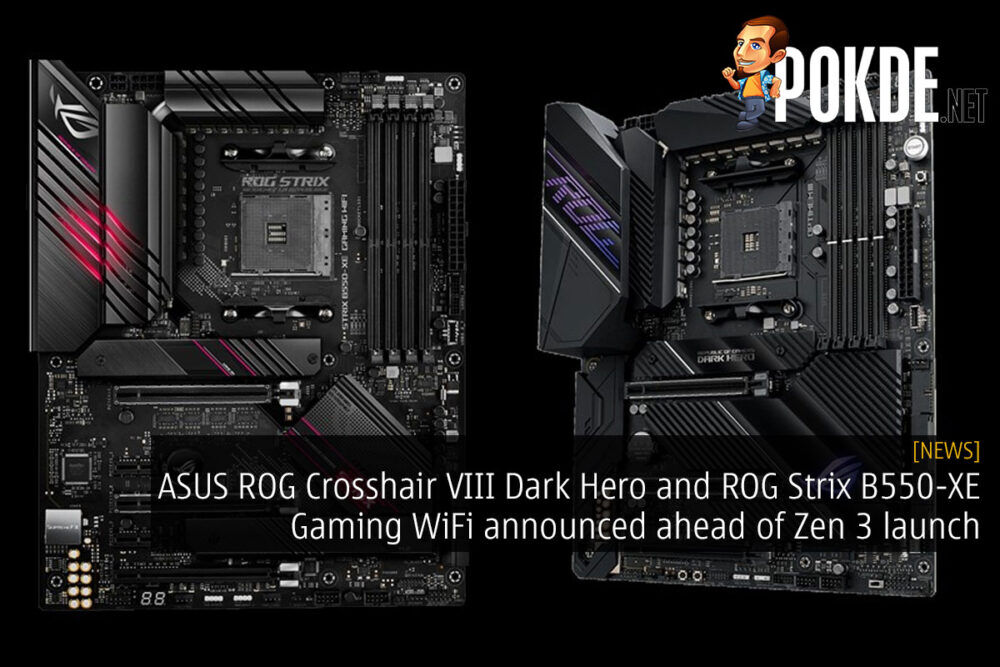 ASUS has just announced the ASUS ROG Crosshair VIII Dark Hero and ROG Strix B550-XE Gaming WiFi. Interestingly, both the new boards are based on current-gen chipsets, which point towards AMD not releasing new motherboard chipsets to be paired with the AMD Ryzen 5000 series processors.

ASUS has yet to reveal the full specifications or feature list of the boards, but from what we can see, they are very minor refreshes with minimal changes. 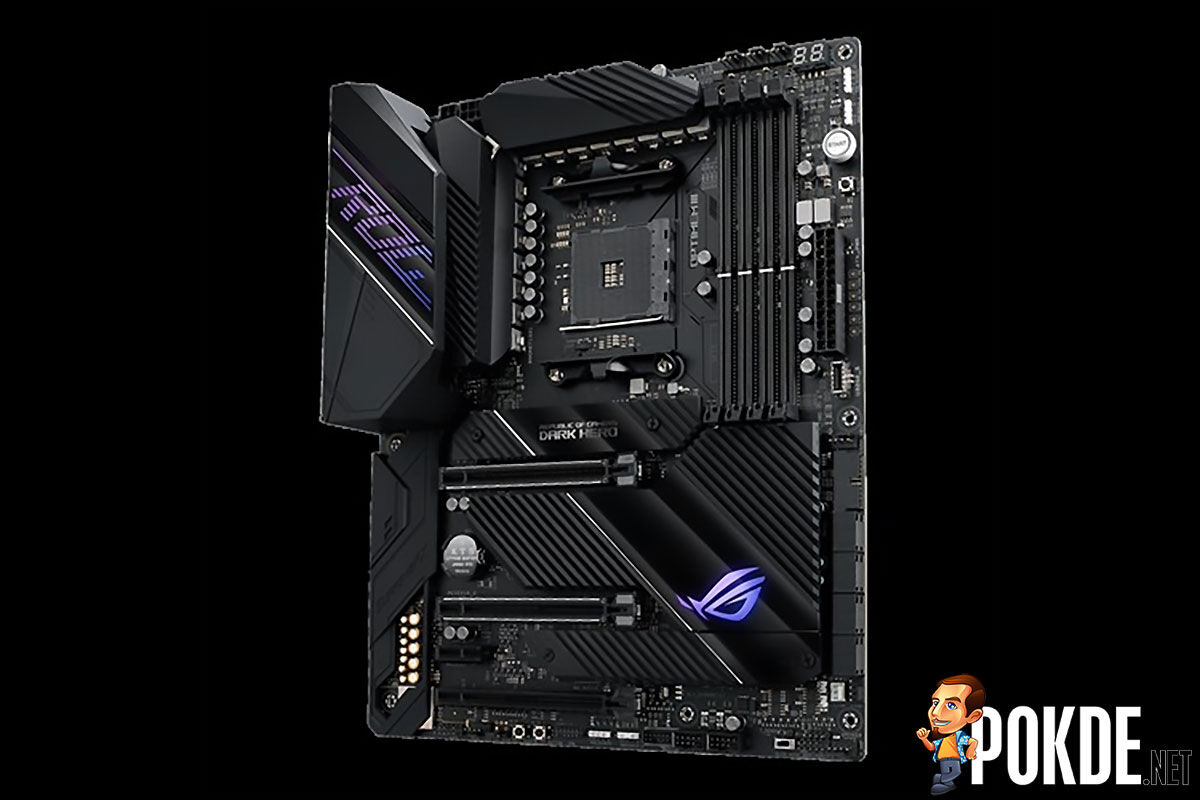 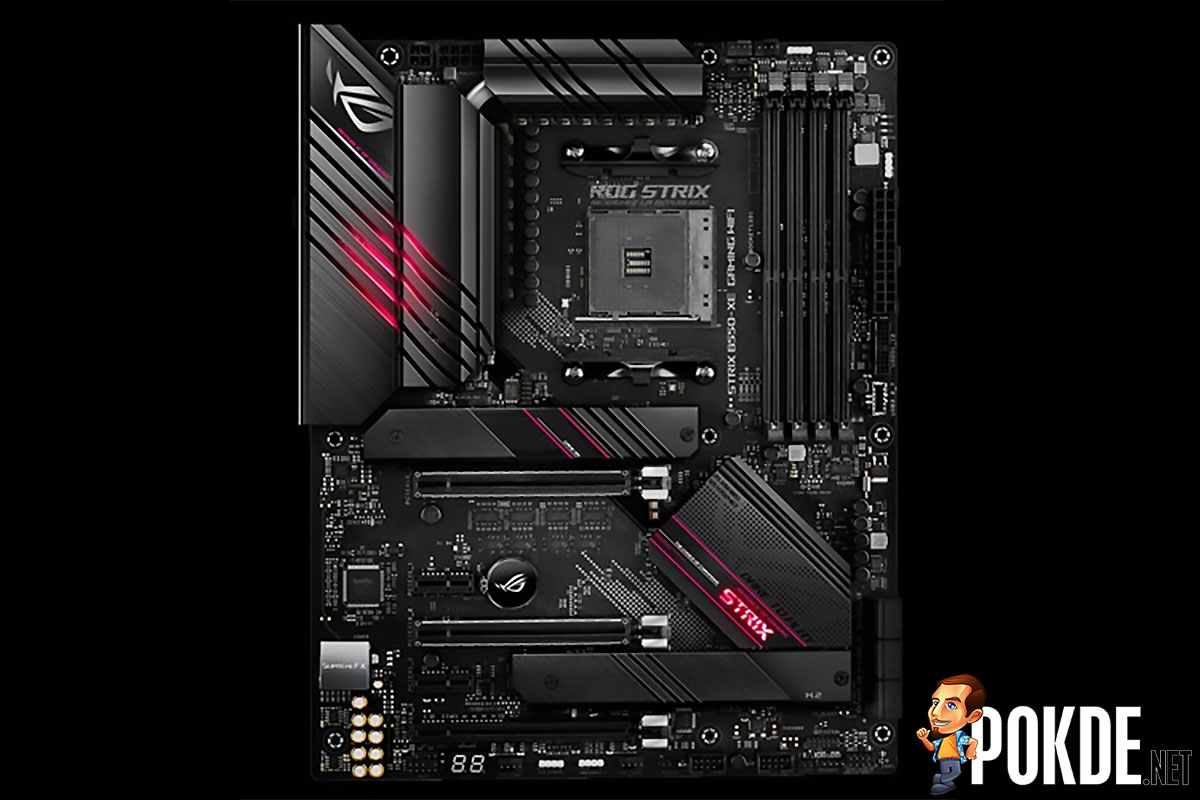 Meanwhile the ROG Strix B550-XE gets chunkier heatsinks over its VRM, as well as a heatpipe to connect between the two. Little has change from the overall aesthetic, but you do get more aggressive illumination that shines out of the heatsink for this time around. To be entirely honest, I do think the ROG Strix B550-E Gaming WiFi is far from due for a refresh, as it was just announced a few months back.

But if they are priced the same, I am pretty sure few would complain. Except for owners of the ROG Strix B550-E Gaming, that is.

Pokdepinion: Oh great, that means I don’t have to swap out my ROG Crosshair VIII Hero for a new board!

AMD Socket AM5 is planned to live a long, healthy life
Previous