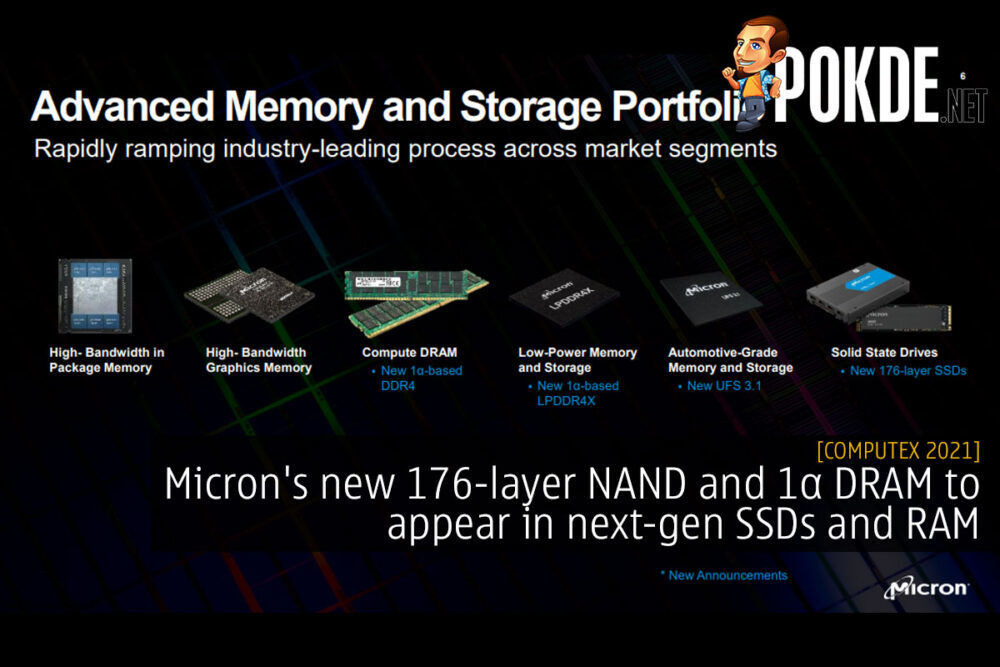 Micron announced their latest additions to their portfolio based on their industry-leading 176-layer NAND and 1α DRAM technology. On top of that, they also announced the industry’s first UFS 3.1 for automotive applications, while sharing updates regarding their Technology Enablement Program for DDR5. 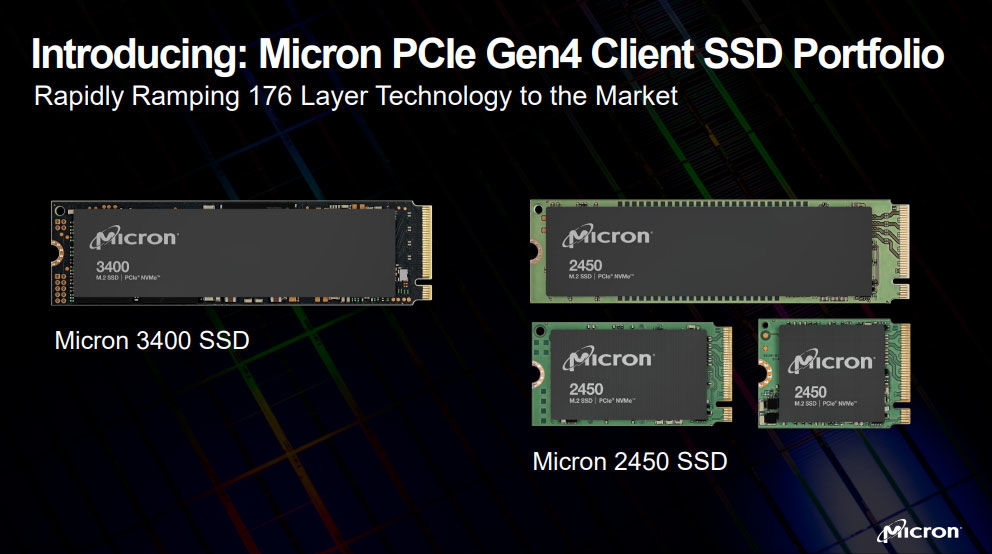 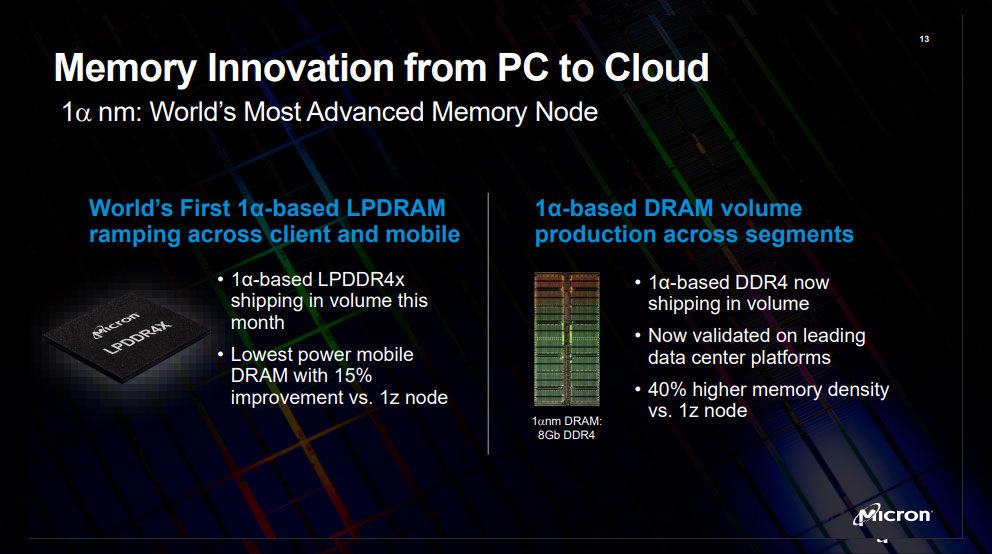 Micron also announced volume production of 1α-based LPDDR4x, as well as completed validation for the 1α-based DDR4 on datacenter platforms. The 1α node promises 40% higher memory density, and 20% lower power consumption in mobile use cases as compared to last-gen 1z node LPDDR4x. This will really come in handy with all current-gen laptop processors featuring support for LPDDR4x memory. Acer is one of Micron’s partners to integrate the 1α-based LPDDR4x and DDR4 into their designs. 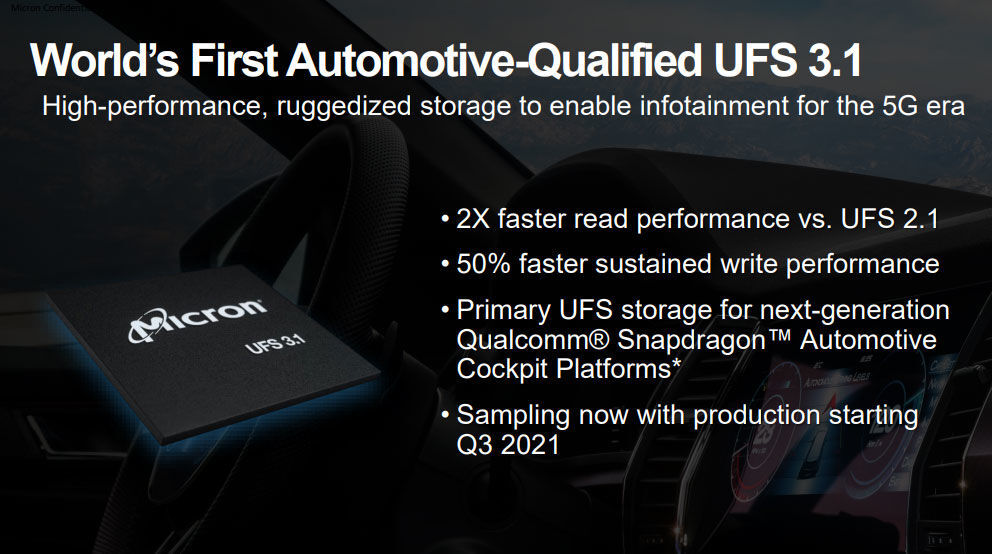 Cars today pack a lot of smart applications, from infotainment systems to advanced driver assistance systems (ADAS). The higher speeds of UFS 3.1 are designed to handle the need for faster storage solutions, with 50% faster sustained write speeds. Instead of just taking the consumer-grade UFS 3.1 storage that debuted in 2020 flagship smartphones, Micron optimized their 96-layer NAND to withstand the rigors of automotive applications. This includes higher thermal tolerances and endurance, among other things.

Micron also shared some great news regarding the Technology Enablement Program in their keynote. Launched in 2020, Micron has now worked with over 250 design and technical leaders from over 100 industry leaders to speed up market adoption and prepare the ecosystem for DDR5. DDR5 systems are slated to arrive as early as later this year, with broader adoption in 2022.

SSD prices to go up with 6.5EB of 3D NAND lost to contamination
Read More
5274