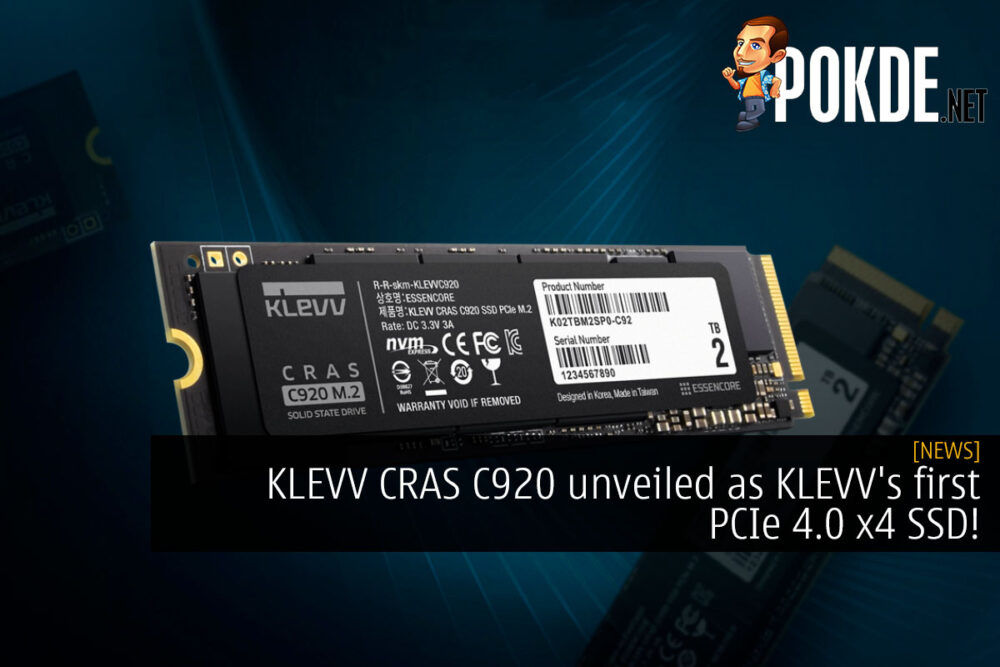 KLEVV, which is probably pretty well known for their performant yet affordable memory products, has just released the CRAS C920, the company’s first PCIe 4.0 x4 SSD. Along with the new cutting edge drive, KLEVV also unveiled the CRAS C720 SSD, a more affordable PCIe 3.0 x4 SSD for the more budget conscious enthusiasts out there. 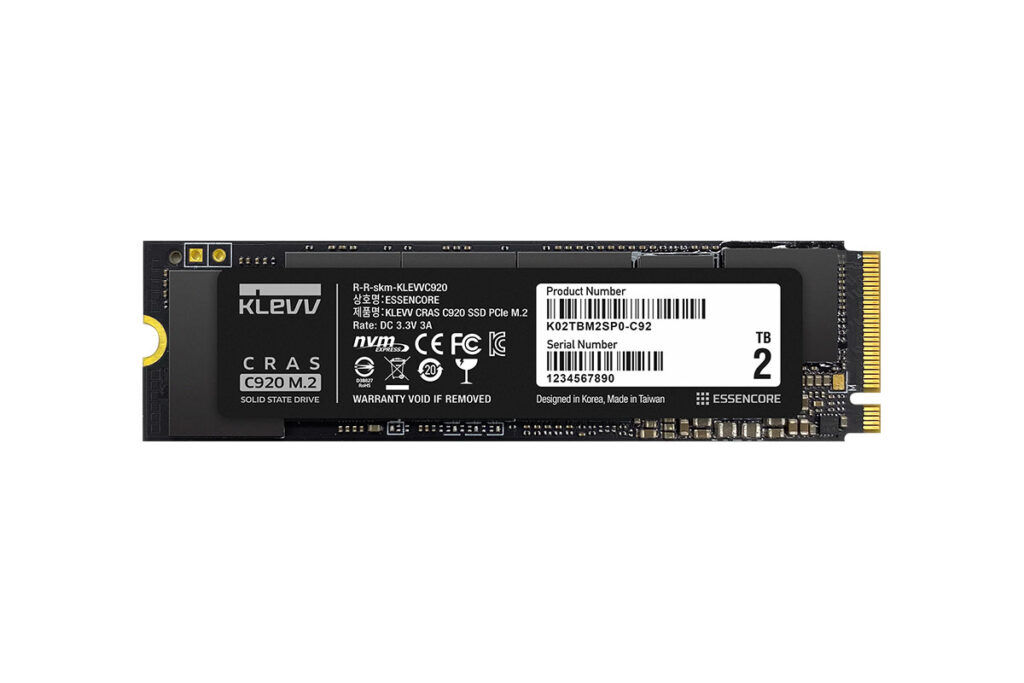 The KLEVV C920 SSD takes full advantage of the PCIe 4.0 x4 technology, with up to 7000MB/s read and 6850MB/s write. The controller is the latest Phison E18, which powers most of the recent high-performance PCIe 4.0 SSDs in the market today. It is only available in two capacities, 1TB and 2TB. Endurance is rated at a whopping 700TBW for the 1TB capacity, and 1400TBW for the 2TB capacity. 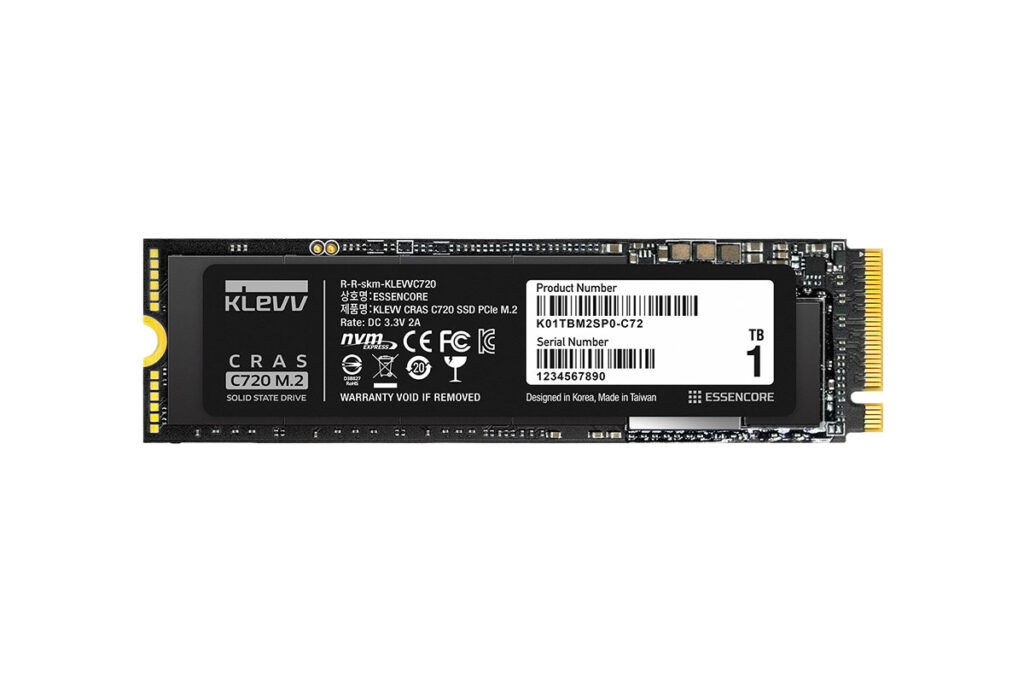 Meanwhile the KLEVV C720 SSD is also similarly fast in its category, pushing up to 3400MB/s read and 3100MB/s write with a Phison E12S controller. Unlike most recent affordable SSDs which come with QLC NAND, the KLEVV C720 SSD uses TLC 3D NAND, and as a result boasts really impressive endurance figures of up to 1550TBW with its 2TB capacity. The KLEVV C720 is available in 256GB, 512GB, 1TB and 2TB capacities.

Both drives are similar in the way that they employ a DRAM buffer, which should not only improve performance, but also the endurance of the KLEVV C920 and C720 SSDs over the DRAM-less options available in the market. They also feature an intelligent SLC caching algorithm and hardware LDPC ECC engine to further improve endurance and performance.

KLEVV will be covering the drives with 5-year limited warranties, and you even get a free copy of Acronis True Image HD 2018 for easy migration and backup.

Pokdepinion: I like KLEVV’s strategy. Rather than being one of the first PCIe 4.0 SSDs to market, they decided to wait for the controllers to mature to fully take advantage of the bandwidth available before releasing their PCIe 4.0 SSD.

SSD prices to go up with 6.5EB of 3D NAND lost to contamination
Read More
4923