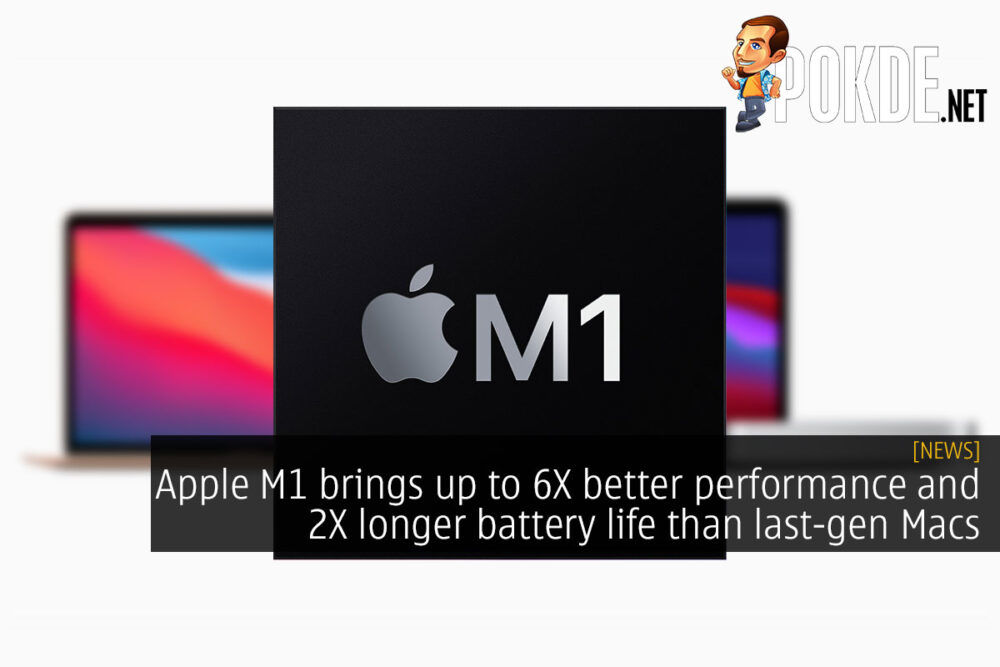 Apple has finally announced the Apple M1, the chip that’s going to power the new MacBook Air, 13″ MacBook Pro and Mac mini. Based on the Apple A14 Bionic, except that it has been redesigned to achieve higher performance targets that you would expect in a Mac, the Apple M1 is actually a pretty huge step forward for Apple.

For starters, the Apple M1 will offer a total of eight CPU cores. You get four high-performance cores and four efficiency ones, which actually makes Apple the first to offer a big.LITTLE configuration in a PC. Apple claims that the CPU is capable of up to 3.5X faster performance than their previous generations Macs. 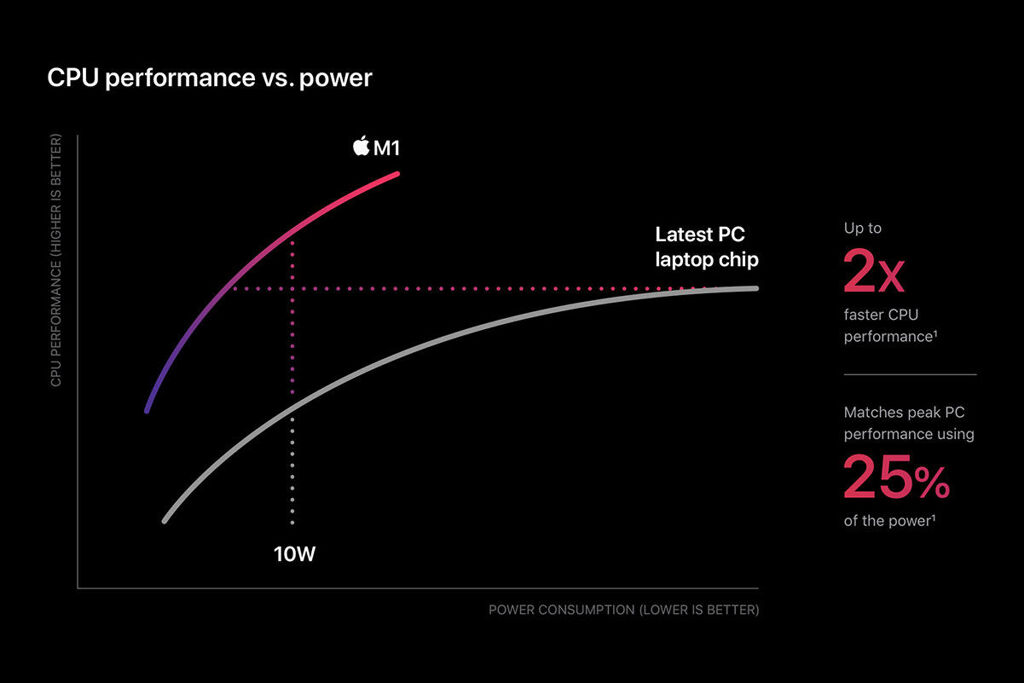 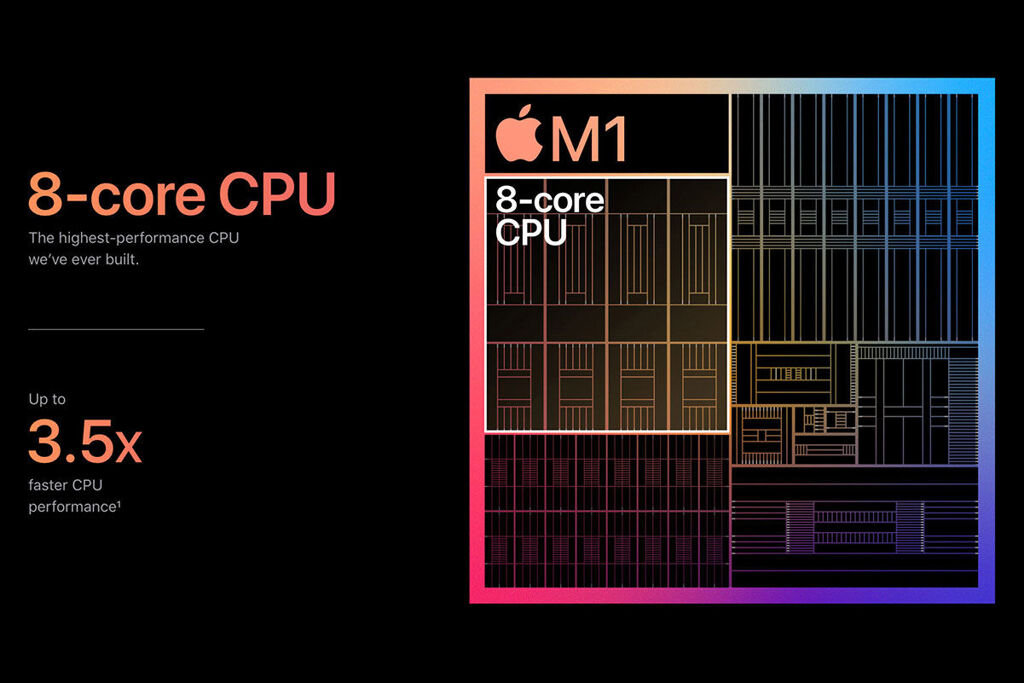 This is possible thanks to the four efficiency cores which are capable of delivering similar performance to a current-gen, dual-core MacBook Air while sipping less power. Once you take the four performance cores into account, that’s how you will be looking at much higher performance figures.

We see a similar case when it comes to the GPU, with 2X higher performance at iso-power, while consuming just 33% of the power at iso-performance. This is also very interesting because this is the first custom Apple-designed GPU in a Mac. While previously they have relied on either AMD Radeon or Intel’s integrated graphics, Apple decided to double down on the Apple A14 Bionic’s 4-core GPU to bring us the Apple M1 with eight GPU cores. 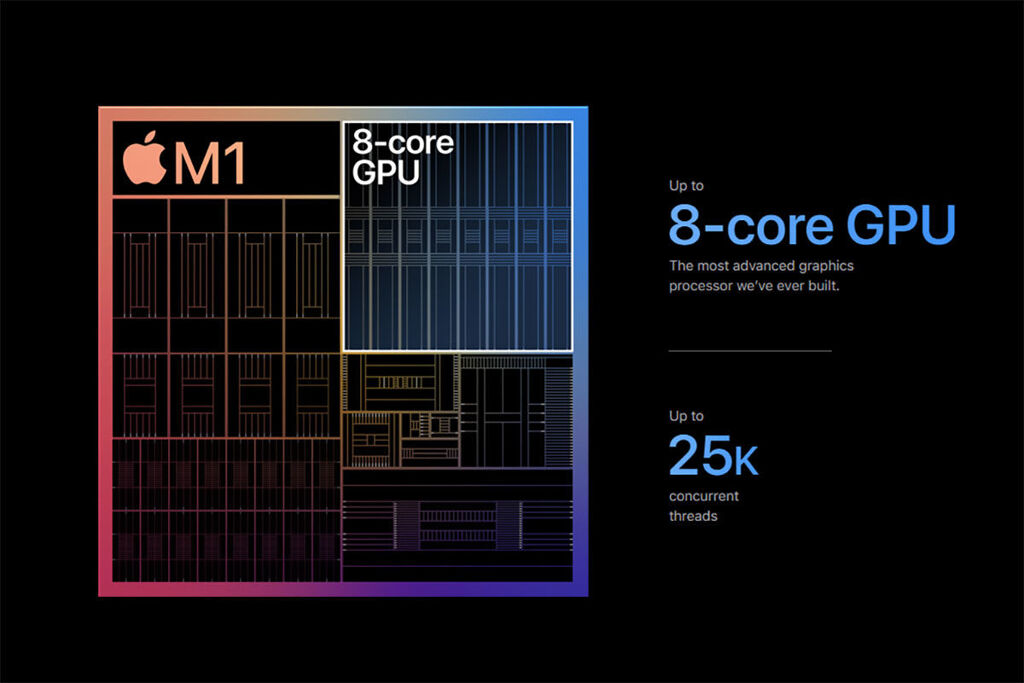 Apple claims this to be the world’s fastest integrated graphics in a personal computer, so they might be talking about FP32 performance with that 2.6TFLOPs figure. 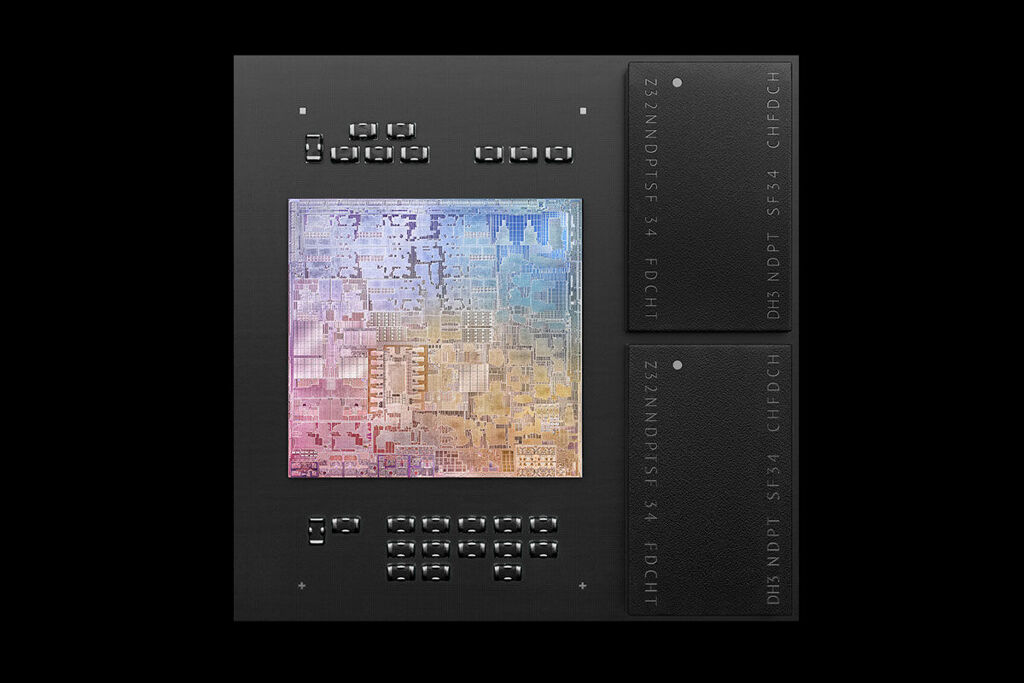 Apple also baked in the Apple Neural Engine into the Mac, allowing it to better tackle machine learning tasks. Apple claims that the Apple M1 will bring up to 15X faster machine learning performance than their previous generation of Macs. Apple M1 is also a full SoC like the Apple A14 Bionic, so you get a a storage controller, the Apple Secure Enclave, ISP and a Thunderbolt controller, all in one chip. Apple will also be installing the DRAM onto the same package, which should allow for even smaller motherboards in the upcoming Macs featuring the Apple M1, making room for larger batteries.

Arriving in the MacBook Air, MacBook Pro 13 and Mac mini from RM2999

Apple will be using the Apple M1 in the new Mac mini, MacBook Pro 13 and MacBook Air. By not using Intel chips, it is probably difficult to gauge how much more expensive they are than competing Windows-based laptops, but you can rest assured that these are still premium machines.

The only outlier here is the base model of the MacBook Air which sports a 7-core GPU for some reason. The rest of the Macs announced with the Apple M1 will pack the same 8-core CPU, 8-core GPU Apple M1.

The new Macs will be running Mac OS, or more specifically, the latest version named Big Sur. As previously announced, Apple’s native apps have been updated to run natively on the Arm-based Apple M1, but for those who want to run older software designed for x86, Rosetta 2 will be the translation layer that will allow for seamless operation on the new Apple M1 processors.

Pokdepinion: MacBook Air users are probably the ones getting the biggest upgrade here.

Lenovo ThinkPad X1 Fold Has Finally Arrived in Malaysia
Next