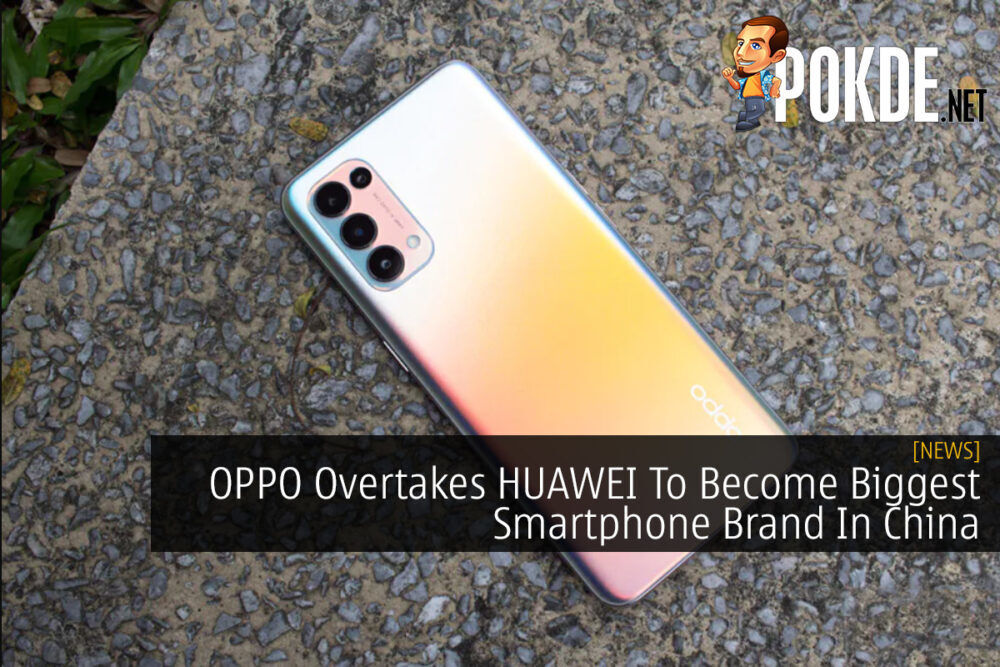 The smartphone market as we all know is competitive. Well it appears that OPPO has overtaken HUAWEI to be come the biggest smartphone maker in China, which is quite a feat. 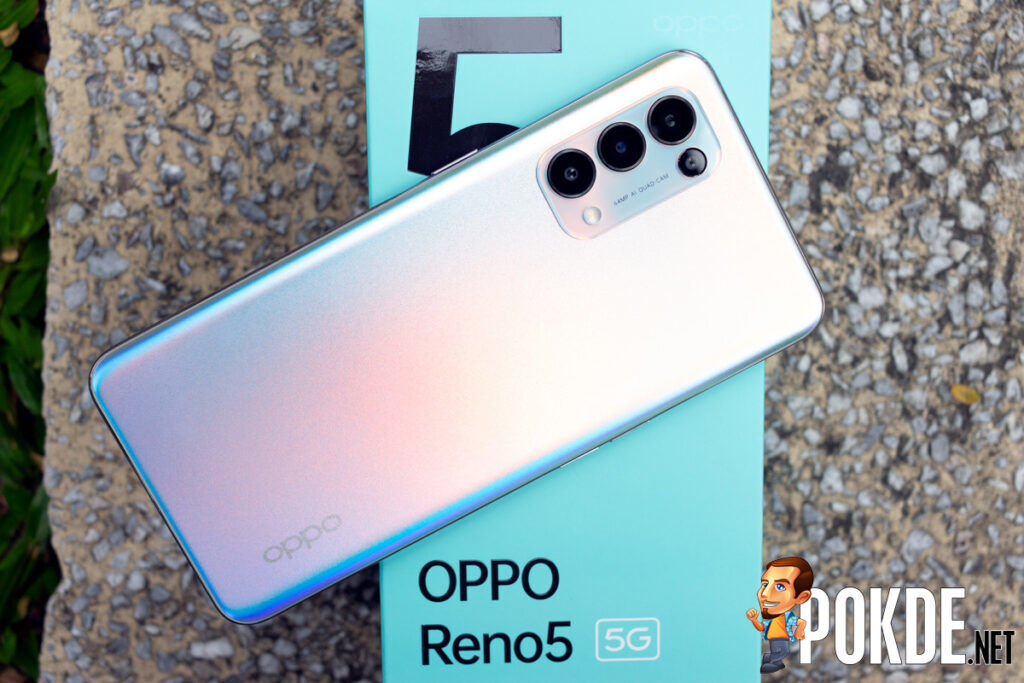 In January of this year, OPPO has gained 21% of the market share in China, which takes them right to the top. Following them behind is vivo as well as HUAWEI who are tied together with 20%. Apple and Xiaomi then comes after them with having 16% each. 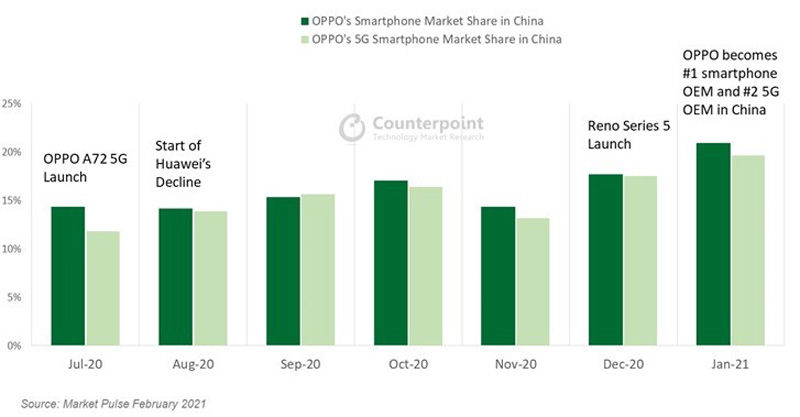 It seems that the company growth increased 33% in January 2021, thanks to the success of the OPPO Reno5 series. In the chart, the sales for 5G devices is also shown and it doesn’t fall that much behind in January 2021.

Talking about 5G smartphones, the segment makes up 65% of all units sold in China during the last quarter of 2020.

HUAWEI has seen a dip due to the sale of HONOR, where the analysts happen to combine both HUAWEI and HONOR’s figures as one previously.

Pokdepinion: I can’t say that I was expecting this. I wonder if we’ll see more changes in the market this year.

Raja Idris
The name's King, Kingky King. Likes to keep it simple and straightforward. A person who games regardless of what platform. Need value for money performance? Get AMD.
Pokde Recommends
AppleChinaHONORHUAWEIMalaysiamarketmarket shareOPPOGadgetNewsSmartphone
MORE
Read More
1061