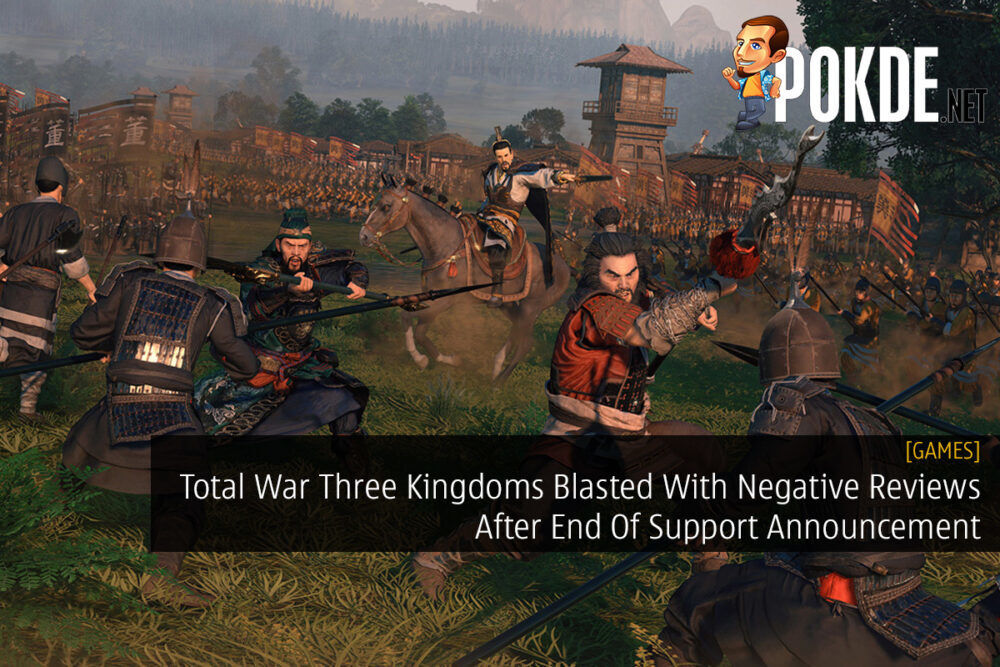 Total War Three Kingdoms has been a solid entry to the franchise since it was released back in 2019. Despite that, a recent announcement from the game’s developer, Creative Assembly, has made the game to be bombarded with negative reviews over at Steam. 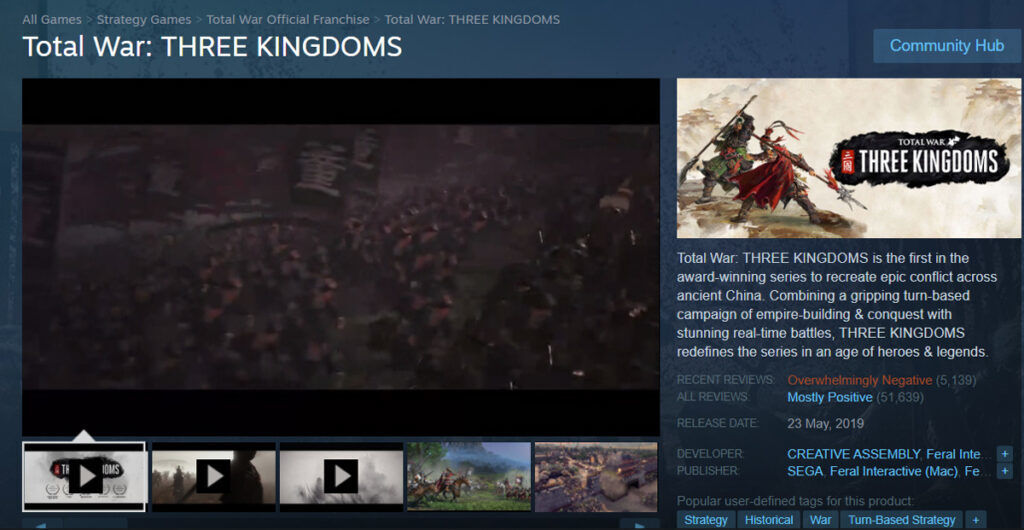 Prior to this, the game had an average user rating of Mostly Positive reviews. The sudden surge of negative reviews comes after Creative Assembly had announced that they are ending official support for the game itself.

Players of the game were initially upset with the bugs that Fates Divided (most recent DLC) brought, where they have voiced out that Creative Assembly still failed to fix them. Last year in 2020, the company revealed in a blog post that they’d bring an update to expand the northern part of the map that. Well guess what? It never happened.

The decision to end support for the game clearly angered the game’s community. Creative Assembly on the other hand is seemingly working to work on a new project based on the game’s story in a new title.

You can check out our full review of the game when it was first launched right here. For more on the latest tech and gaming news plus reviews, stay tuned to Pokde.net.

Pokdepinion: Seeing how they’ve let the game to be on sale prior to the announcement, it would seem like they’re just milking players before they end the support. Not a good move, Creative Assembly.

Purchase The Samsung Galaxy Note20 Series And A32 LTE And Get Rebates Of Up T...
Next