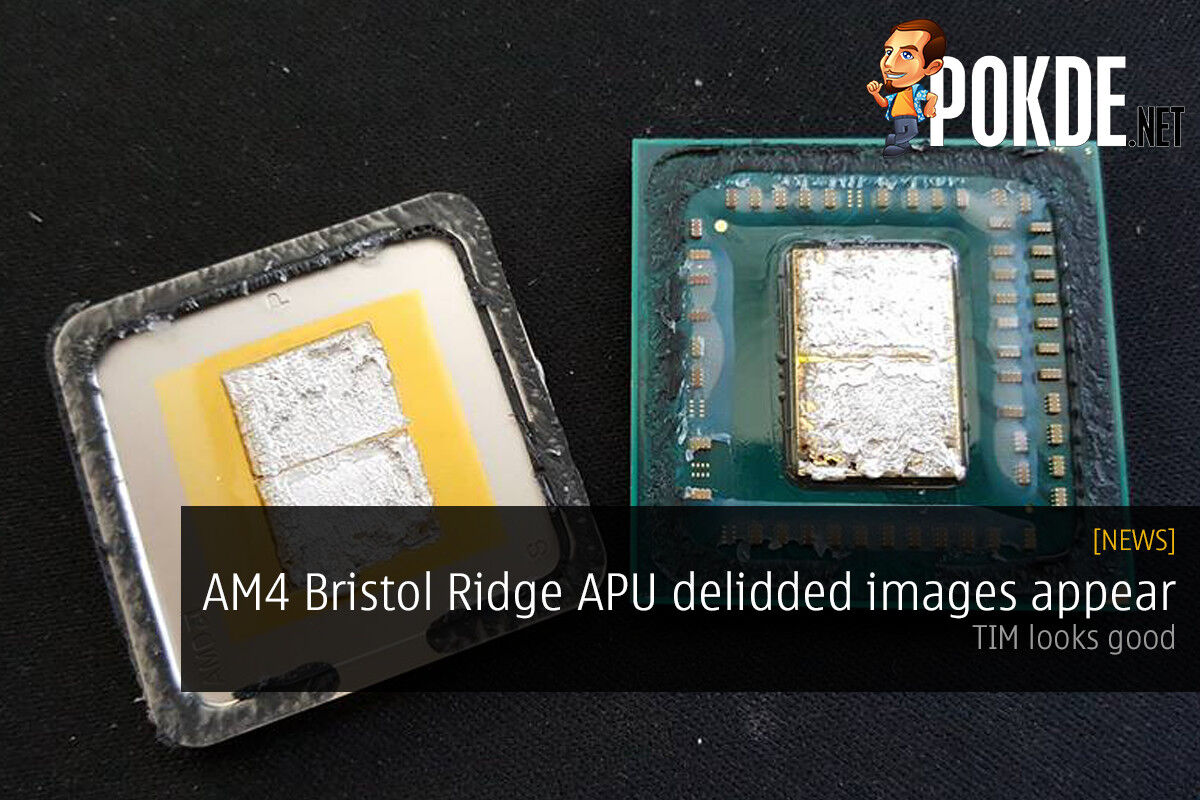 Delidding is performed by enthusiasts aiming to squeeze every last drop of performance out of their CPUs by removing the integrated heatspreader (IHS), or that metal cover that shields the actual die. While previously resulted in marginal if any improvements, Intel’s recent CPUs features less than optimal thermal interface material between the IHS and the die, that can easily be bested by high performance third party TIMs. But it still voids warranties, which is the main reason why only the bravest of overclockers do it. With that said, an AMD AM4 Bristol Ridge APU has just been delidded by a Korean overclocker Nam Dae Won and things are looking pretty good, actually. 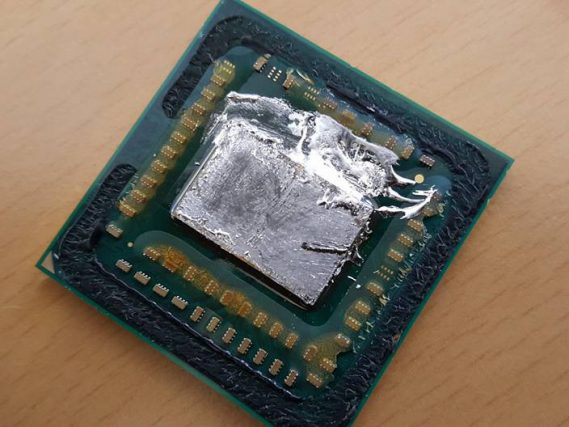 What we are looking forward to is how much delidding changes the thermals of the AM4 Bristol Ridge APU, which we will not know unless the brave Korean overclocker decides to furnish us with the temperatures of the APU under load before and after the delidding process.

Pokdepinion: We are glad AMD is still sticking to tried-and-true TIMs between the IHS and die. We would not want the upcoming AMD Zen to have its overclocking potential limited by poor heat transfer from the die to the IHS, do we?

AMD Ryzen 5000 CPUs can run on ASRock X370 motherboards, but AMD really doesn’t want you to do that
Read More
3128

Seagate rebranding HDD series with “The Guardian Series” — help consumers to ...
Next