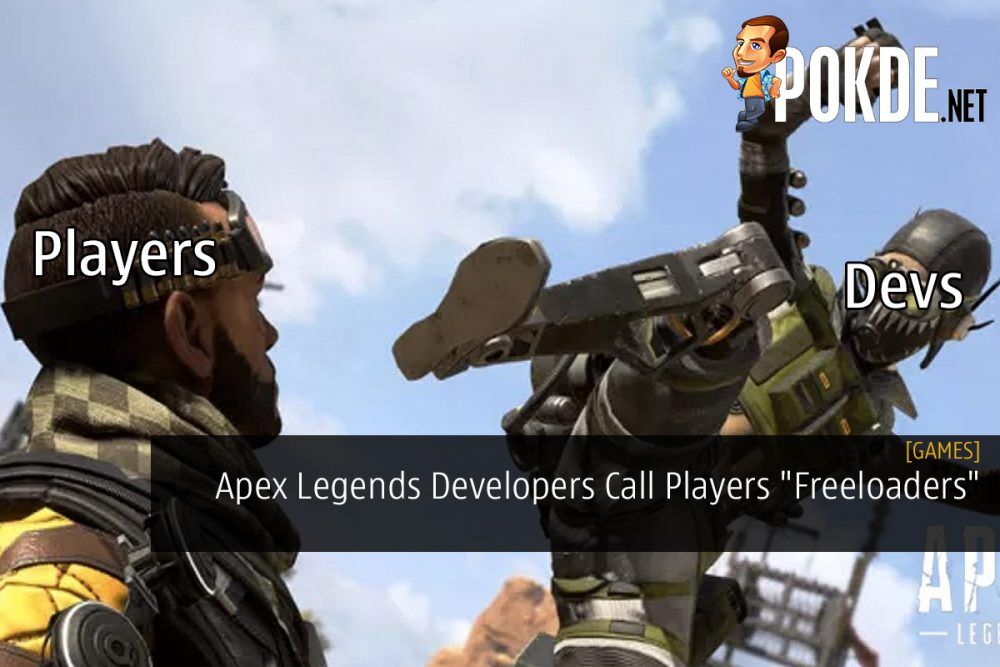 If you enjoy playing Apex Legends, then this might leave a bad taste in your mouth. A post was made by the game developers over at Respawn Entertainment on Reddit to apologize and explain the situation behind the cosmetics from the Iron Crown event. Unfortunately, things took a turn for the worse.

The thread has since turned into a series of insults and grievances from the developers themselves. While it was intended for specific players who harboured ill will towards the game, it did paint Apex Legends players in a bad light, so people didn’t take this lightly.

For those of you who aren’t aware, the Iron Crown event in Apex Legends was launched earlier this week. There were some cool new cosmetics but you can only obtain them by grinding against a difficult and expensive loot box mechanism. This resulted in backlash as gamers felt that Respawn Entertainment has gone too far with monetization for the game.

The developers then announced some changes to the Iron Crown cosmetics, which made them available for purchase using Apex Coins (which can be earned either by Season Pass or purchasing the coins using real money). The official blog post announcing the changes made an apology, saying the studio “need[s] to be better at letting our players know what to expect,” and that the situation “has been a huge learning experience for us.” A post was also made on Reddit by the developers to show the same message.

The situation became worse when developers who grew frustrated at the situation started to fire back at gamers. We’ve included some of the comments throughout this post. This of course led to the post being the highlight of the Apex Legends subreddit, and led to an open letter to the developers from the community. The open letter started off by saying that Respawn Entertainment “committed the ultimate cardinal sin, you got personal.”

You, as a team of professionals trying to make money, got personal. You got personal and decided to insult your playbase, calling us “ass-hats” and “freeloaders”. Not a wise move.

We won’t forget this. You’ve set a new tone for the kind of interaction we’ll be having with you. It’s a cold one. One where there aren’t any illusions about the reality of the situation. Previous notions of “family” are dead. We are mere consumers to you, and that is obvious.

You have chosen to bring in a new era of hostility and bitterness. Well done. Great PR move.

There’s been no official word from both EA or Respawn Entertainment on the matter at the moment. We will continue reporting on the matter as soon as information becomes available.

Pokdepinion: The worst thing any game developer / publisher can do regardless of the situation is to belittle their player base. Calling them freeloaders, like really? Things are gonna go from bad to worse…much much worse.

Aiman Maulana
Jack of all trades, master of none, but oftentimes better than a master of one. YouTuber, video editor, tech head, and a wizard of gaming. What's up? :)
Pokde Recommends
apex legendsBattle RoyalecommunitydeveloperEAElectronic ArtsGamingMalaysiaGamingMicrosoftNewsPCMRPS 4SonyXBOX One
MORE
Read More
650